Something For The Weekend (2)

A block or two in arrears, fbb referred to the station with just three trains each way on a Saturday. It is hardly a momentous advertisement for twenty-first century rail travel. 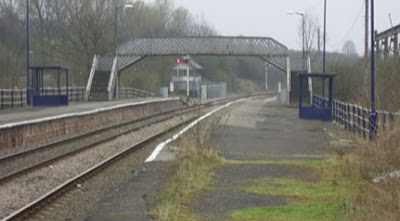 The station entrance is, to say the least, underwhelming. 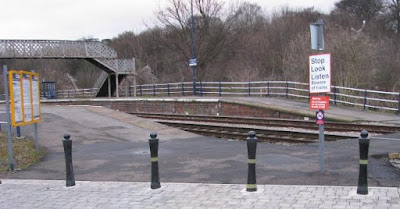 There is an adjacent car park, nicely full ... 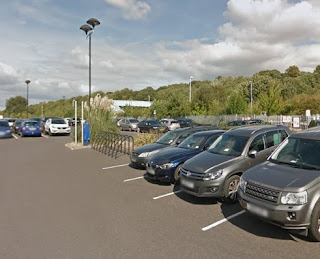 ... possibly more due to the shopping facilities than an excess of rail travel opportunities! Opposite Marsdhall's Yard (c/w Costa Lot) is Lidl ... 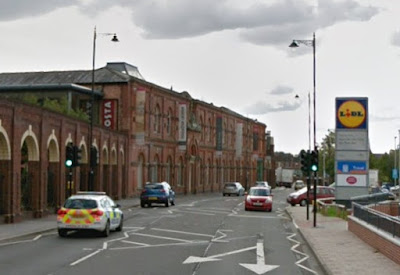 ... and at the far end of the warehouse shopping experience is ... 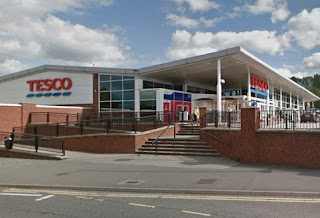 ... Tesco. All life in its utter richness is there; all we need is some trains.

Of course, Gainsborough Central once had weather protection for its clientele ... 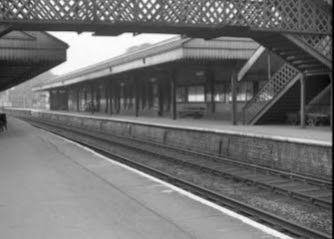 ... and an opulent station building. 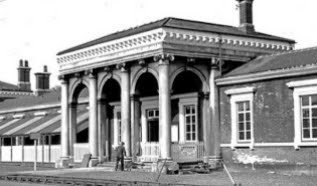 fbb wonders whether there will be any improvements ... 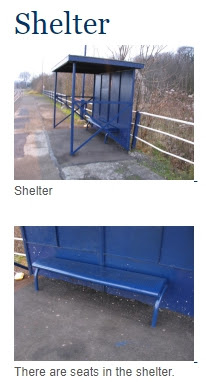 ... when (IF?) the new hourly six-days-a-week service starts. Don't hold your breath!

Public Transport of a Sort?
A week ago, No 1 son took No 1 grandson to an open days at Sheffield University whereat fbb studented. Your noble  author was amongst the first tranche of eager learners who moved into the brand new Arts Tower in 1966. This view is from Weston Park ... 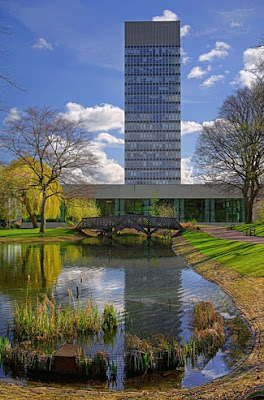 ... with the Library in between.

fbb has written before about the Paternoster Lift used to gain access to the floors above. You hop gracefully into two-person moving boxes ... 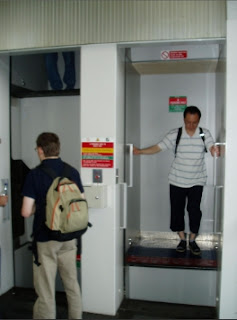 ... and, at you desired floor of egress, you hop out, equally gracefully. With practice, it is less scary than it sounds. The boxes, sadly, do not turn upside down at top or bottom.

fbb is pleased to report that the "lads" enjoyed over-the-top and under-the-bottom rides, recording the latter on phone video and posting it on Twitter.

They also drove past the former family residence ... 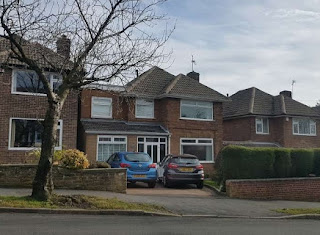 Weather!
We can but thank Ogden Nash for the definitive poem about the up-coming meteorological season. (Read with strong Noo Yoik accent!)

The spring is sprung, the grass is riz.
I wonder where the boidies is.
They say the boidies' on the wing.
But that’s absoid. The wings is on the boid. 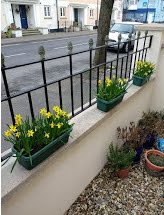 ... although Meadows, the groundsman, needs to do a bit more work on the potted plants that lurk below the boundary wall. The yellow makes a bright spot for passengers on passing 9A buses (Stagecoach : Exeter, Sidmouth, Seaton, Lyme Regis : hourly M to S, two hourly Sundays).

A week ago the old codgers took No 2 grandson to Escot Wildlife Park (web site here). There were Lynxes, a Scottish Wild Cat (it was furious), Wolves, Otters, and old bore (boar?) - but fbb was not part of the official display. (chortle chortle).

But the carpets of Drops of Snow were wonderful. 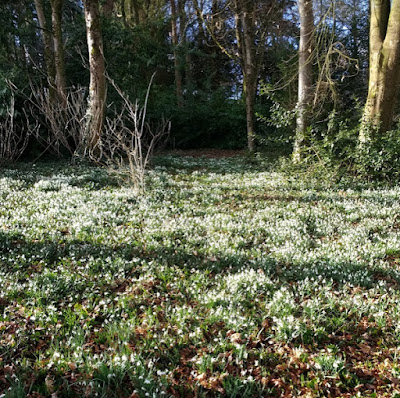 How To Encourage Passenger Growth No 392
Roadside publicity.

From Stagecoach in Northampton:-

Stick the "Major Network Changes" notice over the top of the index when there is plenty of room to its right. 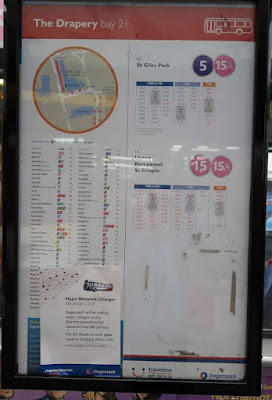 And, whatever you do, don't tell us how the "major" changes affect the routes in the frame. 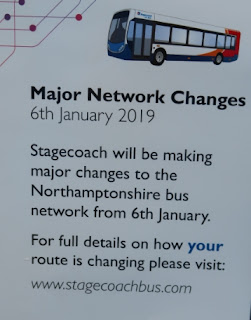 All together now: "IT'S ALL ON LINE!"

And from Stagecoach in Rugby:- 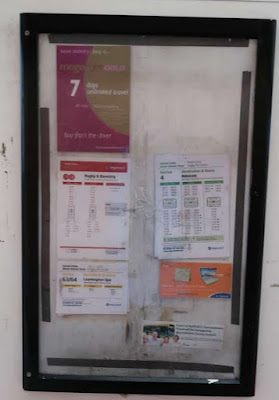 Make sure that the timetables are in different styles and stuck to a very tatty background and with really dirty plastic to see through. 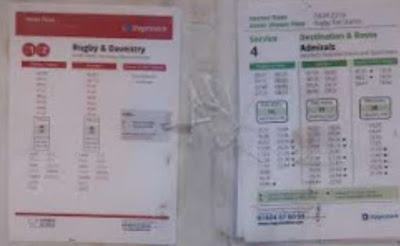 Select some near illegible items to tax the viewing skills of the few remaining potential passengers.

Passengers? It's easier to run the company without them, don't you know!

Tomorrow, in the true spirit of Brexit, we return to a country which manages to stay tolerably aloof from the giant Brussels and Strasbourg monster. And tomorrow is yet another fbb milestone (or is it a mill stone?)

Next Basel blog : Monday 25th February
Posted by fatbusbloke at 02:00