With various closures and sell-offs, First Manchester is left with three depots. Bolton, Oldham and Queens Road Manchester, the letter being sold with vehicles and routes to GoAhead. It is worth remembering that when Manchester PTE was privatised, H M Government forced the business to be split as GM Buses North (which went to First) ... 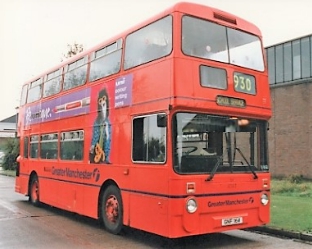 ... and GM Buses South which was snapped up by Stagecoach. 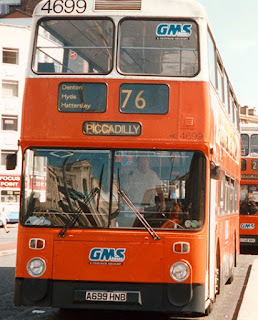 Until First sold its Wigan operation to Stagecoach each has generally kept to its own; with First buying Finglands from East Yorkshire their business incursed into Stagecoach territory.

So GoAhead have bought stuff which runs mainly north from Central Manchester plus a few bits and pieces, some more significant than others. 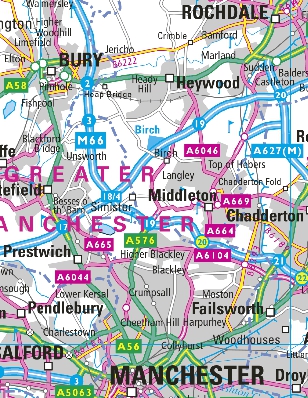 A block of services runs north along the Bury Roads, New and Old. 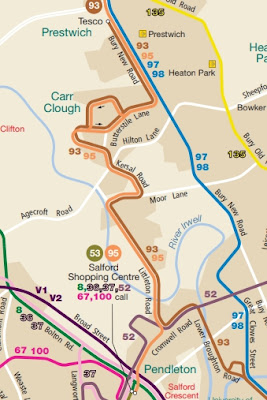 93 (BROWN) runs from the City to Prestwich Tesco via Carr Croft and it joined by 93 (ORANGE) which runs from Pendleton where lurks the Salford (confusingly) Shopping Centre ... 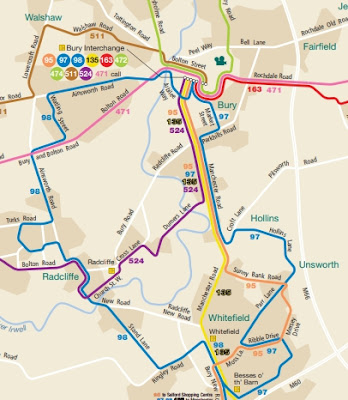 ... and continues to Bury. Everything meets up at Whitefield and then a splurges off in assorted gyrations EXCEPT the 135 (YELLOW) which has first used the Bury Old Road, then veered over to the New.

Monday to Friday frequencies are as follows:-

In the relatively recent past, the 135 was operated by branded articulated buses. 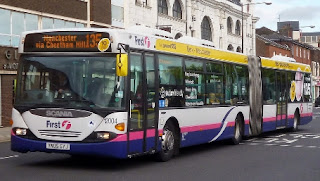 The indirect 97 and 98 (BLUE) do not seem to have been given the privilege of any route branding. 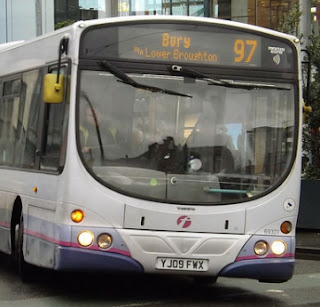 The other main block of routes is those via Middleton. 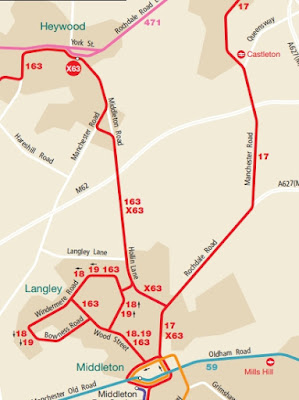 The 17 from City Centre continues to Rochdale, the 18 from Manchester Royal Infirmary to Middleton; supplemented by "local" trips on the 19. 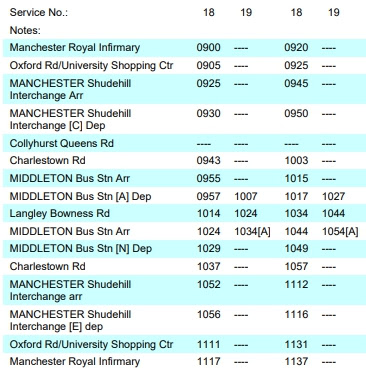 Frequencies Monday to Friday are:- 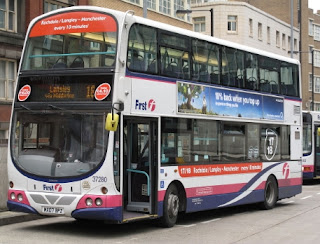 Also via Middleton are the 163 which travel due north top Heywood, then across to Bury. It is supplements by the X63 as far as Heywood only.

As can be seen, the X63 runs on Monday to Friday only at "peak flow" times.

The 163 is "at frequent intervals" (i.e. at least every 10 minutes) also branded light blue in the past. 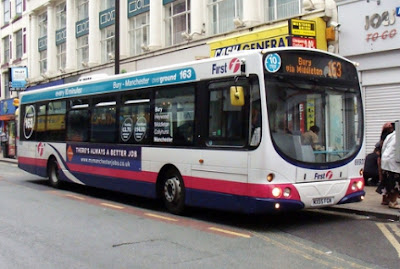 For completeness, fbb should report that a few 162s to Norden operate at peak flow times. 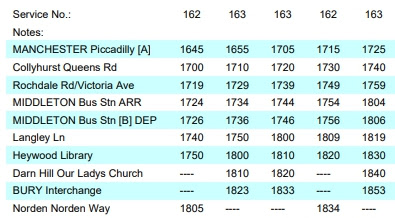 These journeys do not appear on First's map!

In case fbb has got it all wrong, he should also report that the 163 is NOT on the list of buses operated from Queens Road; but your cautious blogger awaits confirmation or refutation of this important detail.

Whilst "in Middleton" we should add the 41. This was Finglands route ... 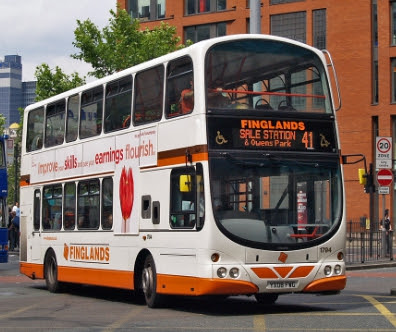 ... which joined the fray along the Oxford Road via the University and the Manchester Royal Infirmary where buses run alarmingly frequently. 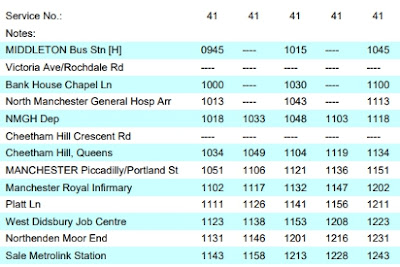 Currently the 41 runs every 30 minutes through from Middleton augmented from North Manchester General Hospital (NMGH) to give a 15 minute headway through to Sale.

Buses carry two "brands", namely "Cross Connect" and "Manchester Through and Through" ... 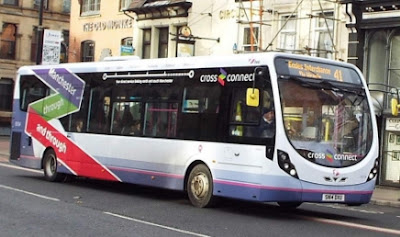 ... which was part of a politically (and/or commercially) motivated campaign to create more cross-city services.

With the closure of Finglands Rusholme depot, first withdrew from the highly competitive and arguably over-bussed 42, also branded as the 41. 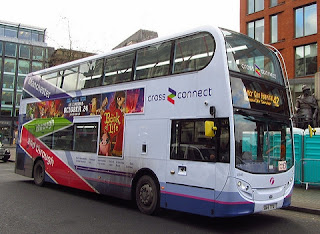 Tomorrow we will complete this rather shallow** survey of First Bus' forthcoming sale bundle.

It will be interesting to see what GoAhead does with it.

** and apologies for any inaccuracies. Correction are MOST welcome!

Next Manchester blog : Friday 1st March
Posted by fatbusbloke at 02:00