One of the joys of being a "supply" teacher is that you never knew what the day would throw at you. The highlight of fbb's supply-teaching career was a lesson with year six girls ... 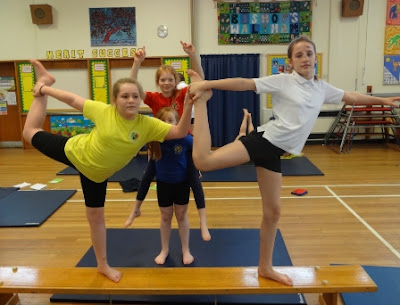 ... learning Gymnastics!!! Those who know fbb personally will know that a chubby sexagenarian would be an unlikely candidate for such a task. But the challenge was accepted and, without attempting any demonstrations, an enjoyable lesson was had. fbb knew that it was OK when two of the kiddies stopped Sir as he walked to the bus stop and asked, "can you take us for gymnastics next week, please sir?"

Thankfully for the health and safety of the kiddiewinks (and of their instructor) that was the end of fbb's career as a gymnastics pedagogue.

But that is the joy of supply teaching!

Just occasionally, fbb comes across a topic in the world  of Public Transport that he knows absolutely nothing about. (Some "anonymous" comment writers might opine that there is a great deal about which fbb knows less than a minuscule amount.) 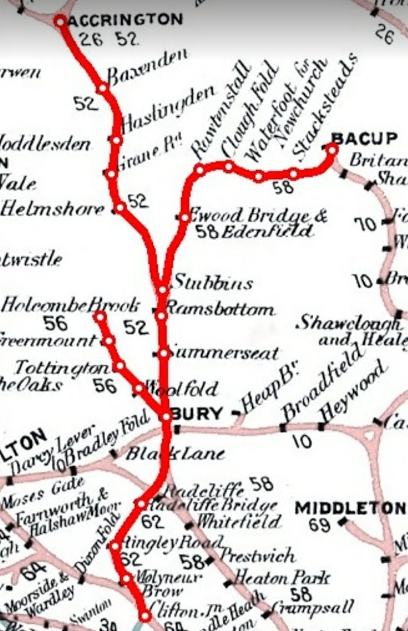 Such is the branch line from Bury to Holcombe Brook starting at a left turn just north of Bolton Street station. 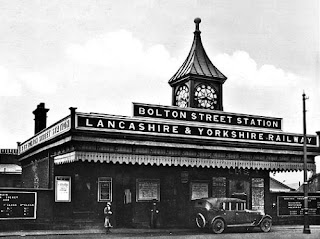 The junction is well-nigh obliterated nowadays, but a curved road amongst industrial buildings gives a clue. 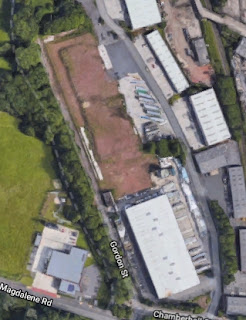 A path starting in Magdalene Road (above picture, bottom left) replaces the initial curve of the branch and takes the foot-soldier across the river Irwell. 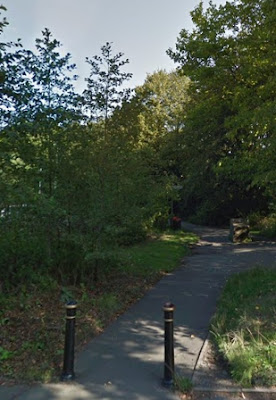 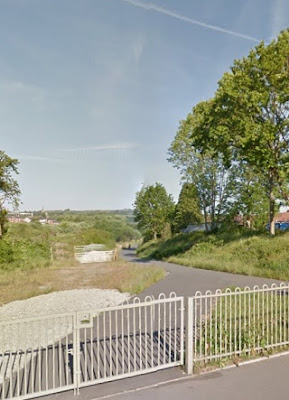 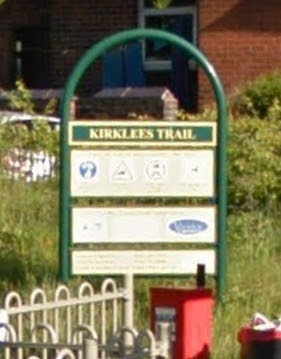 ... it uses a fair chunk of the trackbed of the former branch. After the line closed much of the infrastructure was soon demolished. Destruction was the fate of the Woolford Viaduct. 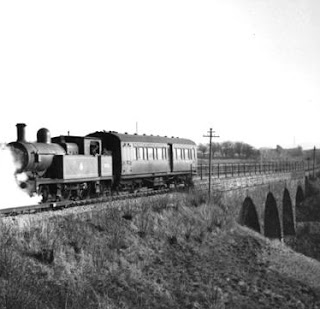 But, thanks to a large grant from a large piggy-bank, the viaduct has been replaced by a splendid bridge. 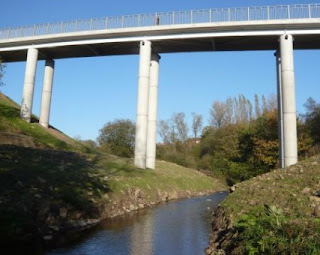 The line was well blessed with a plethora of small stations and halts ... 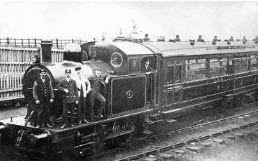 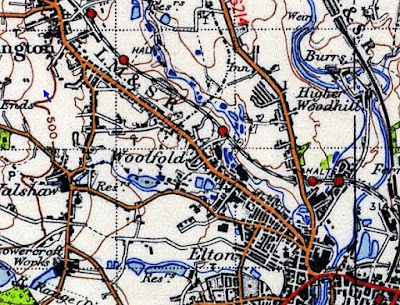 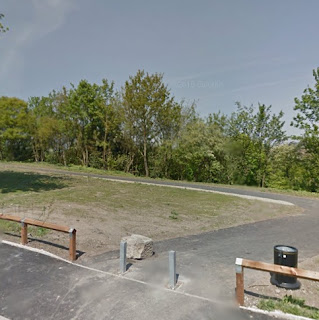 ... a short hop north-west of the viaduct/modern bridge. 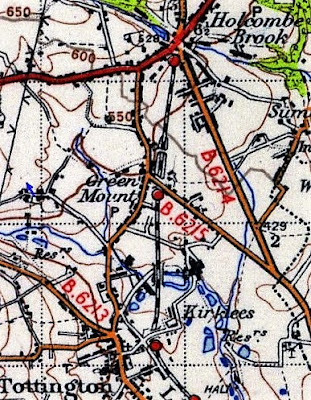 What fbb would never have believed if he had not read it was that the Holcombe Brook branch was electrified. 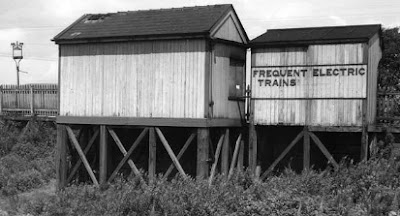 What is more astounding is that it was electrified using the overhead system and operated with trains sporting snazzy pantographs. 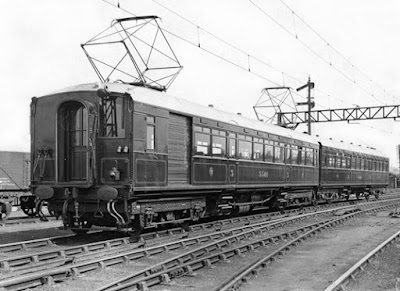 Sadly, it wasn't an electric vision from the Lancashire and Yorkshire railway that did the job.

In 1912 Dick, Kerr & Co.‘s Preston factory were considering tendering for a Brazilian contract and approached the Lancashire and Yorkshire Railway to use the branch for test purposes at Dick, Kerr’s expense. The line from Bury Bolton Street Station to Holcombe Brook was electrified with the overhead 3.5 kV dc system, rolling stock was also supplied at their cost. After prolonged trials the trains entered public use on 29 July 1913. The L&Y purchased the equipment and stock on the successful completion of the trials in 1916. During 1917 work started on the branch to convert to third rail to match the Manchester to Bury system. The third rail trains started to run on 29 March 1918.

Passenger services ceased in 1952 and a few months before closure the electrification (by now third rail) was removed and steam trains returned. 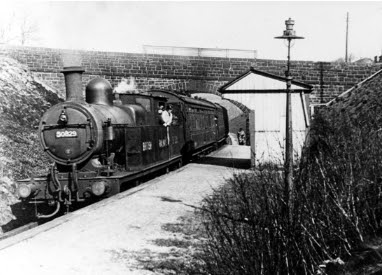 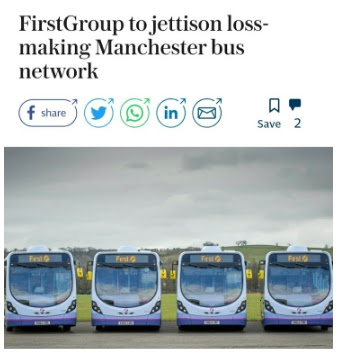 fbb did not avail himself of the full article (you have to register and/or subscribe) but the opening paragraphs were enough to whet his appetite for more news. 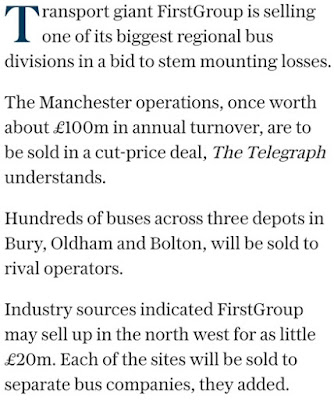 Your inquisitive blogger's probing of his contacts in the echelons of  power at First bus produced a firm and resolute "no comment".

But fbb was reminded of one flaw in the reporter's text. First closed their depot in Bury a couple of years ago - so not the whole or accurate truth.

Of course, in business-speak (as in politics) "no comment" usually means there is some truth in the rumours.

Next Rossendale blog : Thursday 7th February
Posted by fatbusbloke at 02:00