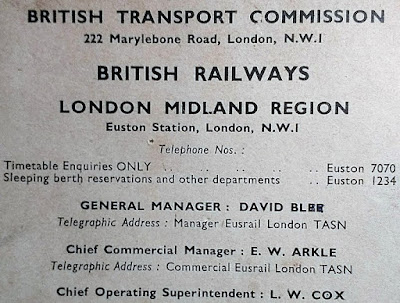 fbb possesses a battered British Railways timetable book for the Midland Region dated about 1965 (the front cover and thus the date has evaporated over the years). But tables 145 and 146 apply to the former East Lancashire Railway routes through Bury and Ramsbottom. 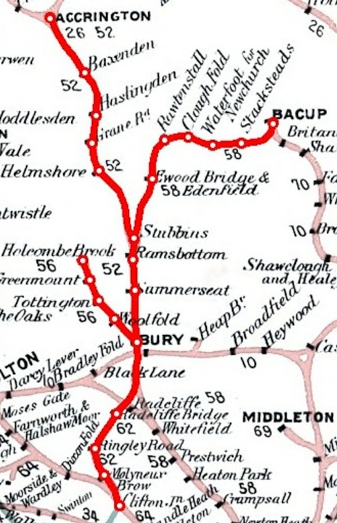 The electrified line to central Manchester, now a tram route, does not follow the original EL:R (red line above) but runs via Prestwich. 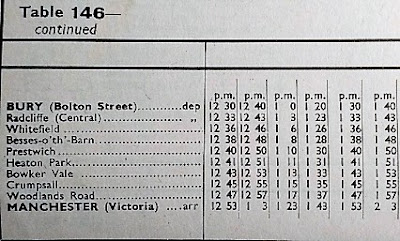 A twenty minute frequency is beaten by the tram but with smaller "trains".

Neither Transport to Greater Manchester publish a timetable - fbb has often asked and been refused - and so the best you can get is this ...

North of Bury Bolton Street we already know that the line to Holcombe Brook had closed in 1952, but the rest of the original is still there. 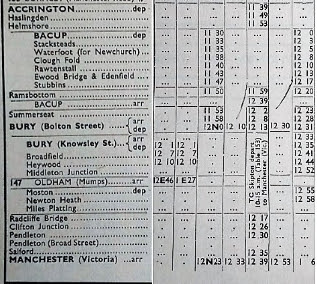 Trains ran every 30 minutes from Bacup via Rawtenstall and Ramsbottom to Bury offering corrections (usually shown by a curved border to the left of the times) on to the electric trains into Manchester.

Occasional services  (VERY occasional) ran through to Manchester via the original Clifton Junction.

Infrequent trains from Bacup continued to Manchester by turning left at Bury, running via Knowsley Street and Heywood before entering Manchester on the Rochdale Line. 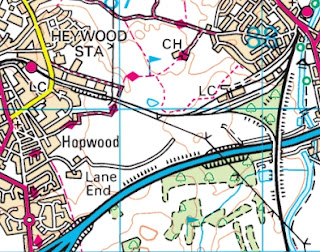 Other trains are shown running from Knowsley Street to Oldham - travelling via Rochdale but turning left after passing Heywood.

What is astounding (to fbb at least) is that the service between Bacup and Bury ran every 30 minutes. 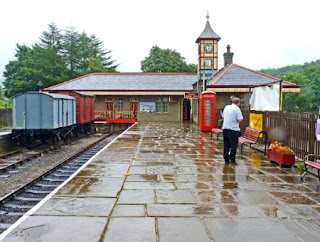 The tracks to Bacup ran along the steep-sided Irwell Valley and had oddles of bridges and a couple of tunnels. 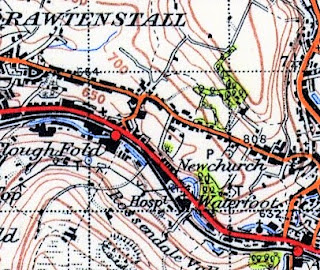 Significant sections are now a footpath ... 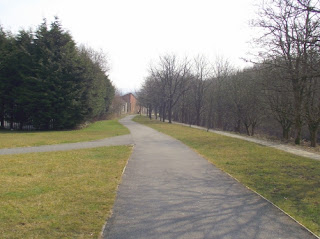 ... including one of the tunnels. 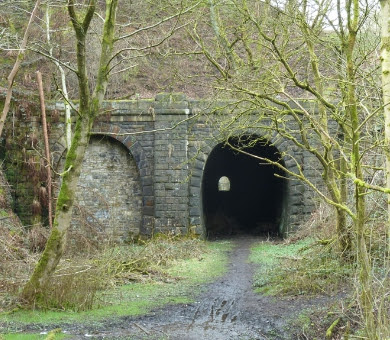 But of Bacup station ... 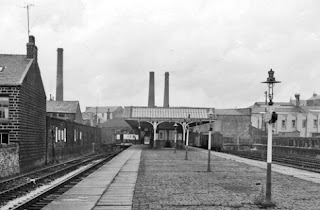 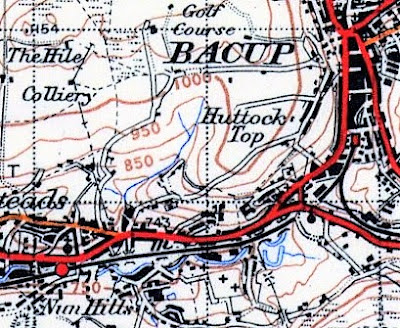 The site is occupied by a large warehouse ... 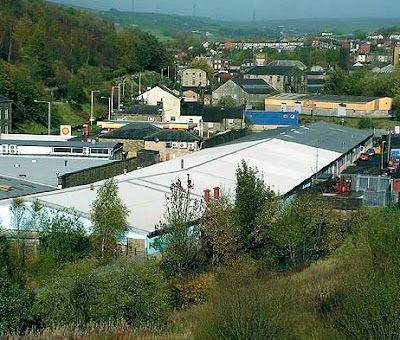 ... with retaining walls and approach ramps being the only lasting reminder. 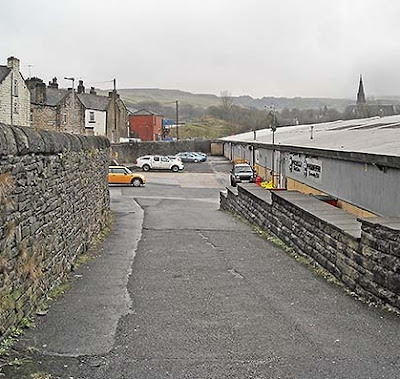 Because so much of the infrastructure has been razed to the ground, it is highly unlikeley that trains will ever run beyond Rawtenstall again.

But the preserved ELR does a good job of keeping history alive between Heywood, Bury, Rammy and Rawtenstall itself. 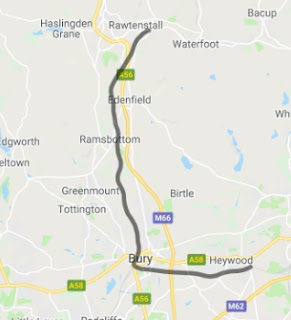 But there might be a further development in trains to Rossendale as we shall see tomorrow.

Shorter Blog?
Possibly. Yesterday fbb was faced with a technological problem. The fbb's laptop has developed a fault in that it won't do sound! The earphones socket is busted.

This has led to huge problems with presentations for the fortnightly Bible Study, the weekly "thought for the day" at church and the new Sunday's Best monthly "turn".

Repair is simple, but the danger of failure has been revealed.

So fbb has bought a second laptop, reconditioned by Seaton's computer shop ... 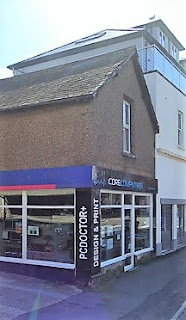 ...just along the road from fbb mansions. £140 for peace of mind seems cheap. So the plan was to write this blog on the new machine as away of setting things up and learning of any oddities in usability.. 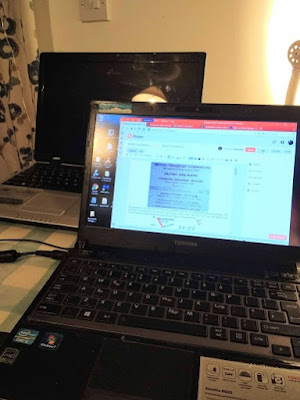 Here the back-up sits behind the blogging machine. More work needed! And less time to complete the blog.


Next Rossendate blog : Friday 8th February
Posted by fatbusbloke at 02:00