Regular readers will be wincing at the though of yet another blog about a fairly obscure mining village in South Yorkshire; especially as it was only in May 2018 that fbb had a previous whinge.

The requisite blogs are (here) and ( here)

Should our loyal reader not wish to recapitulate (it is not painful) here is a summary.

In the autumn of 2016, First Bus launched Steel Link X1 with this report in the trade press. fbb adds comments.

First Bus has launched the new ‘X1 Steel Link’ service between Rotherham and Sheffield. This follows the completion of the £29.8m Bus Rapid Transit (BRT) North scheme. The service will run on a new BRT ‘Tinsley Link’ road built over the River Don and under Tinsley Viaduct, to provide a more direct route for buses and improve congestion in the area. 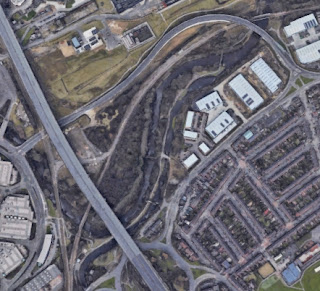 Not quite. The new road was never ever a BRT road; it just provides a wiggle for any traffic to avoid the busy and oft congested roundabout at the Tinsley end of the famous double deck viaduct. 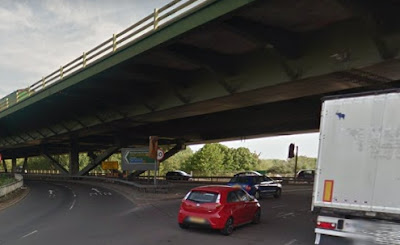 The service will operate up to every ten minutes, providing more buses linking Maltby, Rotherham, Meadowhall and Sheffield.

Well, partially true. The former 69 bus between Sheffield and Rotherham was increased in frequency from every 20 minutes to every ten, diverted from Tinsley to serve Meadowhall and linked with frequent routes to Maltby which remained at every ten minutes.

Some stops were deleted between Sheffield and Meadowhall and some very unimpressive new shelters were installed. The buses were duly branded ... 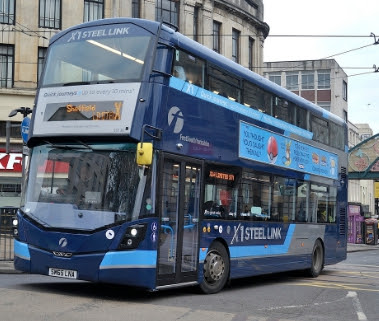 ... but bore a strange resemblance to Steel Link X78 buses. 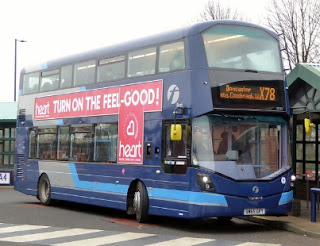 The X1s even had branded headrests for a time ... 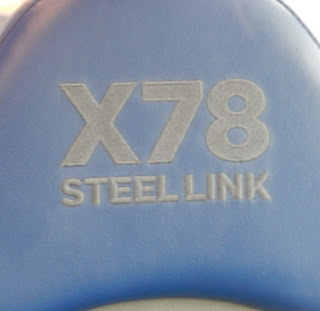 Not what most people would call BRT.

Despite fbb's misgivings, informed sources deep within First Bus management revealed that the X1 had become the company's busiest and most successful route. The growth was mainly from the communities along the A631 road from Maltby ...

... to the shopping centre at Meadowhall.

First also operated the service 10 from Rotherham to Maltby which has had various routes and frequencies over recent years. In essence the 10 provided a link from via newer development at Flanderwell (north of the A631) and then on to Maltby. 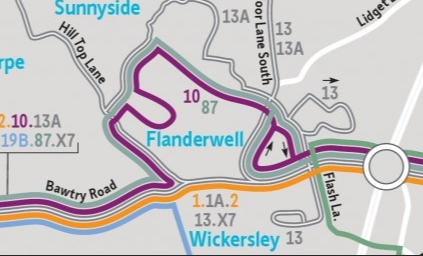 But as it was a new development, there was plenty of garage space and plenty of cars. 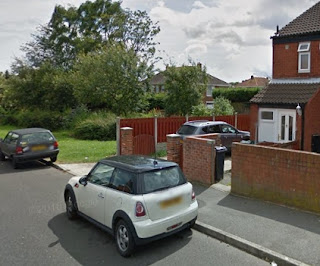 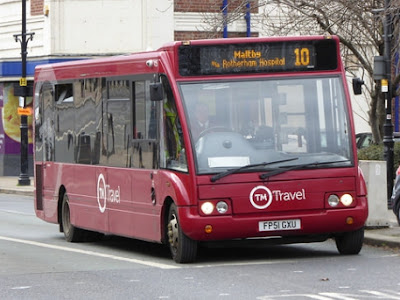 Then in Spring 2018 First Bus won the tender. But the company did not simply run evening buses on Service 10. To cover the route, service X1 journeys were diverted via Flanderwell and numbered X10.

To be helpful to passengers, the timetable does not mention Flanderwell but expert mathematicians will spot that an X1 takes just three  minutes between Wickersley and Bramley whilst the X10s grind round the estate taking a tedious ten minutes.

A jolly-dee wheeze commercially no doubt, but a significant dilution of the X1 Steel Link Bus Not-Very-Rapid Transport idea. Buses showed X1o (with a little zero), presumably in the hope that passengers will think it was a real X1. 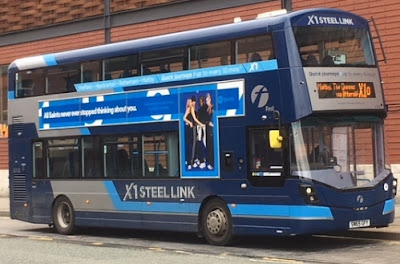 Now our super-keen and dedicated readers will be wondering why the chubby one is going over old ground.

Whilst many were enjoying the recent annual festivities, the PTE (and/or First Bus) put out a consultation document. This included significant "changes" to Rotherham's bus service (a k a service cuts) but which included "improvements" to the X1.

The highlight was that buses would run every 7/8 minutes between Maltby and Meadowhall instead of every 10, but part of the service would be route X10 which would become a "daily" service, not just an evening oddity.

As part of the "consultation", full timetables and maps were published - which fbb examined closely.

The final post-consultation schedules have now been registered with the Traffic Commissioners and revisions will commence on 3rd March.

So tomorrow we can look at what will happen to the X1 and X10.

Hold on to your hats.

With the March 2019 changes, things might appear to have gone one stage further.

Spot The Maltby Mendacity
An horrific fbb bludner on one of his maps. 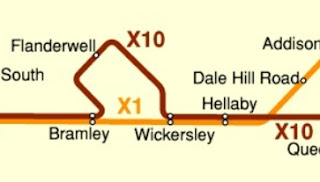 Answer tomorrow! And it will be corrected  in tomorrow's blog.

The gist was that PDH, back in the 60s, had to make all his models by hand (scratchbuilding) - and beautifully made they were.

Now you can buy narrow gauge locos and rolling stock "off the shelf". 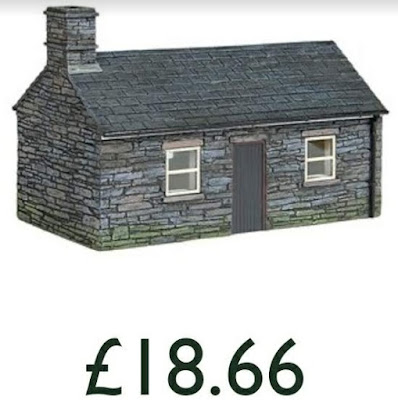 ... would sit on any OO gauge layout set in slatey areas, whether narrow gauge or standard; but the beautiful footbridge ... 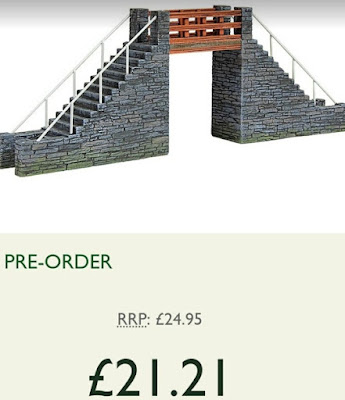 ... is very typically Welsh slate carrying line in its ancestry.

Fortunately for fbb's bank balance and Mrs fbb's financial angst, the old man's layout is based in a chalk quarry not slate.

But that could change ... 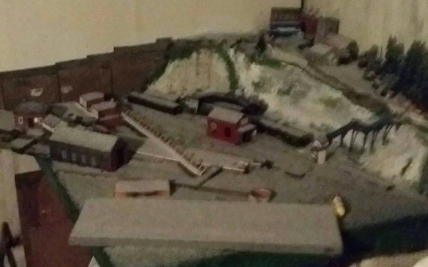 ... photographed by the light of the back yard bulkhead light.