Fings Ain't What The Used To Be
Remember Max Bygraves in 1957 - most of our readers won't;they are not ancient enough!

Once our beer was frothy but now its frothy coffee well

At Brighton
Another old railway notice came to light a couple of weeks ago. 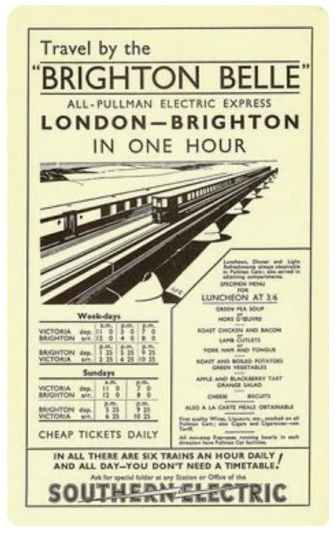 Reproduction is a bit fizzy but the luxury train offered three round trips between capital and resort )two on Sundays). Departures from Victoria were at 12.00am(sic), 3.00pm and 7.00pm. Up journeys were at 3.25pm, 5.25pm and 9.25pm. Apparently London-bound "commuters" were not offered Pullman service.

Readers may be able to date the page from the price of Luncheon at three shillings and six pence (about £20 in today's money).

Then, the Southern were running six trains an hour between London and Brighton. 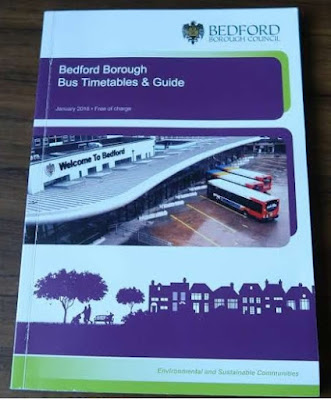 Here is the last 160 page Bedford Bus Guide, published in 2016 before Bedford Borough Council opted out  of providing public transport information. It contained –

Timetables for all bus services.

This blog has already commented on the new report about loss of subsidised services but how about this for a typical piece of journalism? 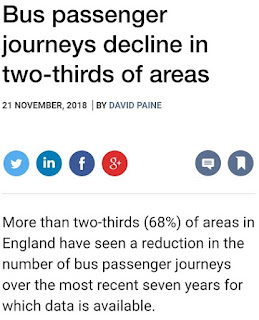 There couldn't be a connection between a decline on passenger numbers and the lack of accessible information? Surely not? It is, after all, ALL ON-LINE.

And then in Sheffield:- 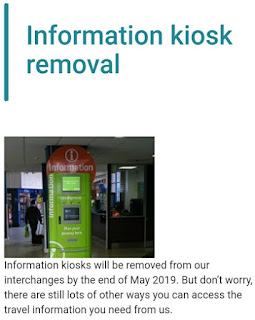 No great loss - they were usually busted and the strip of badly printed ticket sized paper was often unreadable.

But the PTE is anxious that we should not worry.

How else can I access information?
travelsouthyorkshire.com - you can access a range of journey planning tools on the move on our website including live departures, timetables and ticket information.

Indeed, very true. What percentage of bus travellers regularly use the internet to "access information"?

Departure screens - you can check the departure screens which are located around the interchange to see which stand your bus departs from and when it's due.
Information Hubs - at some of our interchanges we have information areas where you can check which service you need, based on your destination, and find out where it departs from. Information Hubs are located at Sheffield, Barnsley, Meadowhall and Doncaster Interchanges.

But if you are not at a "hub" - or if the "hub" has unreliable and incomplete information? They are staffed by contractors and not by "bus people".

There are no "proper" timetables at any bus stops in Sheffield - not even at stands at the bus stations. Of course there are departure lists, often badly laid out because it is done by computer and not by bus users. But NO TIMETABLES - even where there is oodles of frame space to display them.

Customer Service Assistants - roaming staff are on hand to help you at the interchange or you can visit one of our customer service desks for information.

The only time fbb has ever met a roving "customer service assistant", he was told off for going out of a door at Barnsley bus station and standing (behind a very strong fence) to take a photograph. No such creature has even been spotted by fbb during normal bus operation in Sheffield High Street, Arundel Gate or at the busy stops near the Town Hall.

On many occasions, fbb (in visitor observation mode) has been the only supplier of bus information at busy city centre stops.

But It's All on Line!
Making no apologies for repetition (maybe one day someone will take notice) fbb invites readers to spot the errors in these on-line timetables. And remember that, because of the errors, journey planners give wrong information as well.

No buses after 0907 from Charnock Dale Road? 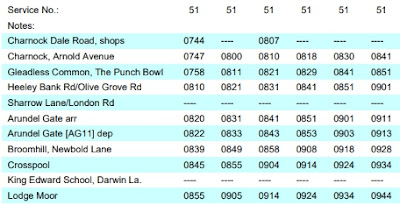 ALL buses serve that stop - without exception. 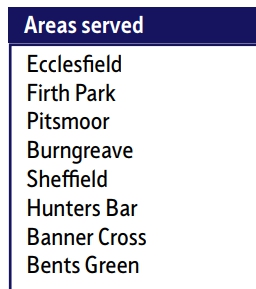 But where are the buses that go there?

Not a single journey to Bents Green appears in the timetable. Journey planners insist that you change at Banner Cross.

For at least seven years this nonsense has been promulgated by Stagecoach and repeated by SYPTE (South Yorkshire Passenger Transport non executing Executive).

Next month you will be able to catch a brand new First Bus 208 FROM Dinnington Comprehensive School ... 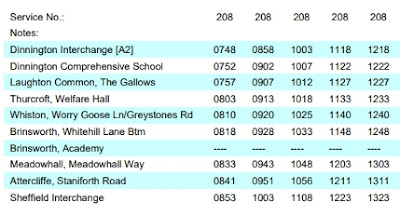 ... but the outward journey will never take you there.

Perhaps because no such educational establishment exists!!? It has, like so many other schools, been rebranded a few years ago. 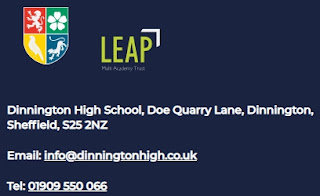 No through journeys on the 208 in journey planners either. 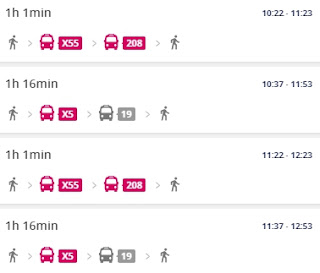 Surely the through journeys should appear even if they take a few minutes longer. They do not appear because they are not correctly included in the database. So nobody bothers to include them.

O.K. picky anonymice, this "rant" is not new - but why does the nonsense continue? The solution is cheap and requires a small application of the human brain. For negligible effort, publicity can become HELPFUL, not just the regurgitation of poorly managed computer data.

There are a few who are making a real effort. Here is the"editorial" from James Freeman at First Bristol.

Instead of "running buses" perhaps management should rethink their role. How about a determined policy to "sell bus travel" to the eager public?

Northampton chum Alan's parlous attempt to find adequate printed information ANYWHERE in the centre of Bedford suggests that most operators (Grant Palmer being the exception) ... 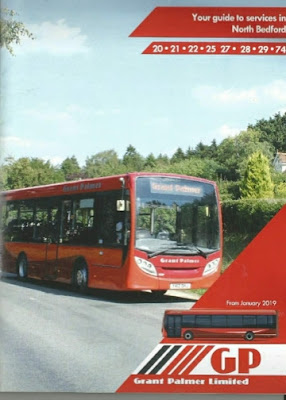 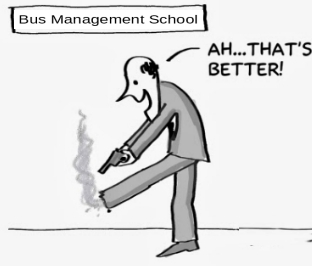 Tomorrow includes a note about two empty trains; and a busker you might enjoy (?).

Next oddments blog : Sunday 17th February
Posted by fatbusbloke at 02:00