In this misguided age of  "it's all on line so don't bother with print" it is a pleasure to see some operators getting it right. For many years, First Bus has produced timetable booklets for its Portsmouth network and for Gosport & Fareham next door.

In (happier?) times past Southdown and Portsmouth were chummy partners in "Portsmouth Area Services". 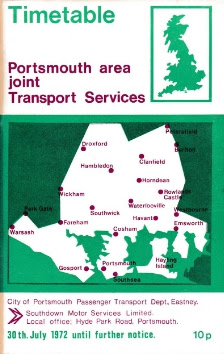 Not any more; First maintain their independence and Stagecoach print leaflets for their services but as for pulling the two together, fat chance, despite the fact that there is no real competition between the two.

Gosport and Fareham was the home of Provincial and they always published a timetable book. But this time, and for the first time, First Bus have issued a joint Portsmouth, Gosport and Fareham booklet. 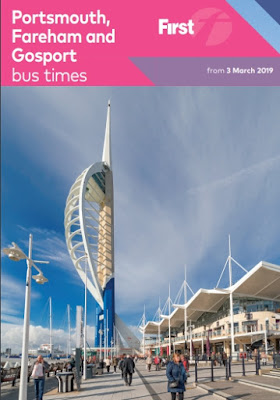 Discounting the lack of Stagecoach services from Pompey this is a superb full colour production and fbb is grateful to Hampshire correspondent Peter for passing on pre-print PDF file for review. 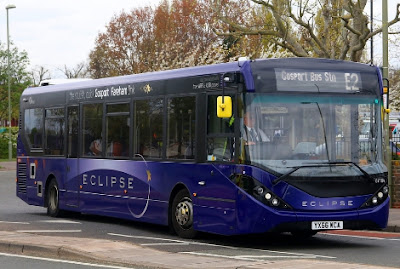 The index begins with E1 and E2, the Fareham busway "Eclipse" services ... 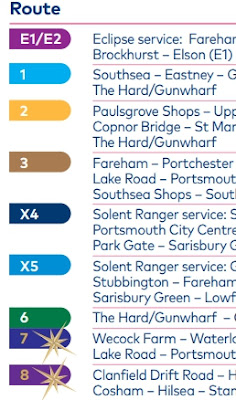 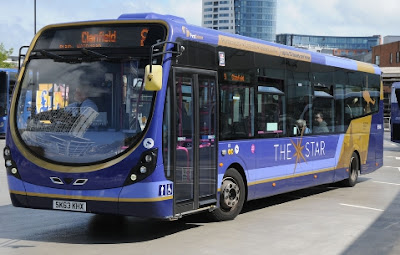 Strict numerical order continues until 28, followed by Denmeads D1 and 2, then Fareham's F1 and 2 and, finally buses for South Down College at Waterlooville, SD4 and 5. 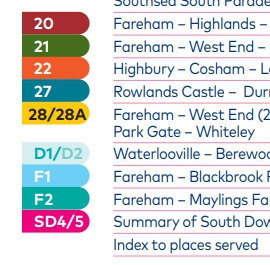 It all looks very nice and helpful, but then you begin to read the next page.

There follows a summary of the changes from 3rd March. Apart from minor timings, these are mostly cut backs as a result of reduced Local Authority Funding. Service 11 ... 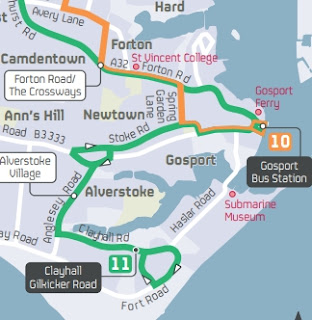 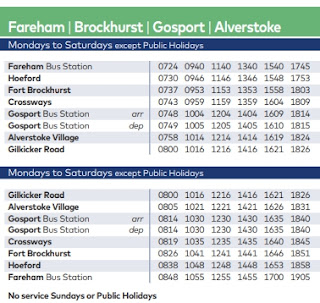 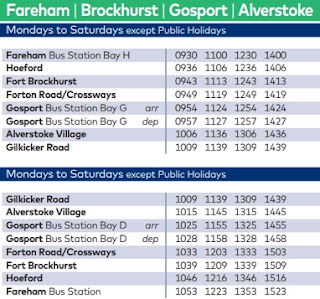 This mainly affects Alverstoke itself as there are plenty of  buses between Fareham and Gosport. 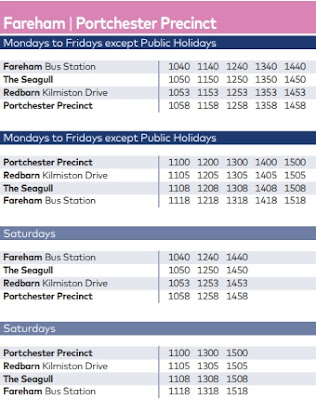 ... which looks like bad news for residents of Redbarn, inconsistently called North Portchester on the old network map. 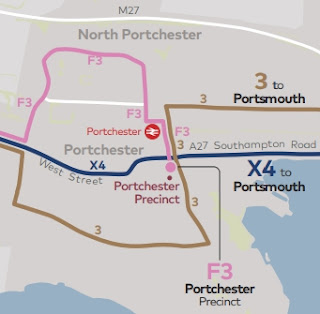 Folk travelling between Fareham and Portchester are catered for by 3, X4 and X5

There are "slight" timetable reductions elsewhere ... 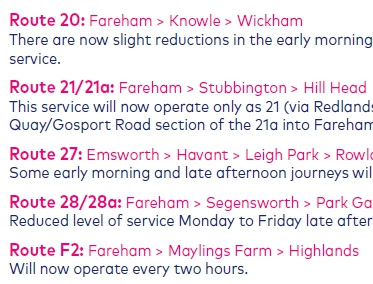 ... with the 21a variant removed completely. 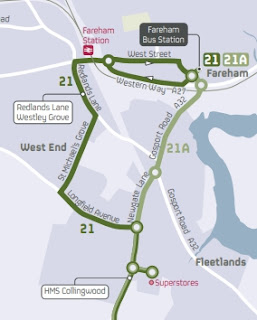 This doesn't look too bad on the map and in the text, until you look at the timetable. 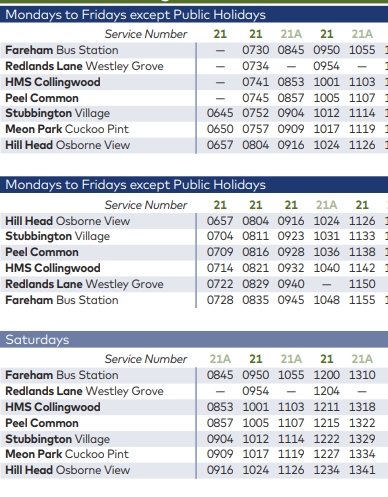 It goes from a (roughly) hourly service on Mondays to Fridays (above) to just 5/6 journeys from Monday May 4th. 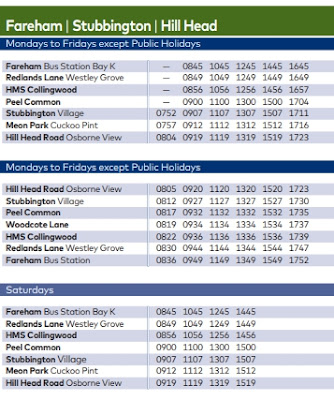 Not surprisingly the remote tendered service 27 between Emsworth, Havant and Rowlands Castle is chopped to almost nothing. This used to be up to every 30 minutes (part route) in years gone by when run by Emsworth and District! Look at it now! 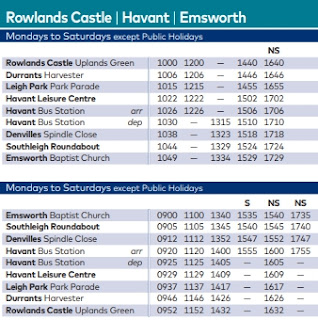 So, despite an excellent timetable book, there have been significant cutbacks.

But the cuts do not detract from the quality of presentation of the book as a whole. They do, once again, beg the question as to whether we are really providing bus services in the best possible way.

Leaving aside this on-going angst, fbb will look further at the new book tomorrow.