fbb has a (mental) collection of splendidly quirky bus destinations, most now lost in the mists of time.

In his collection are ...

... to which must be added COSMIC AVENUE in Bedford.

Maybe even that is beaten by

But Cosmic Avenue was, for some years, the terminus of a Bedford town service. 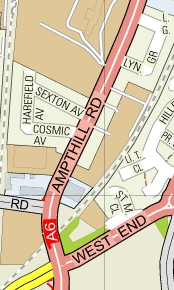 Buses just bimbled along the Ampthill Road and, presumably, reversed in the side road. 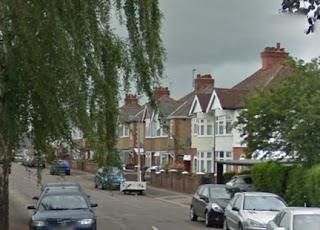 It looks like a bit of post WW2 infill but may have its origins in pre-war building ... 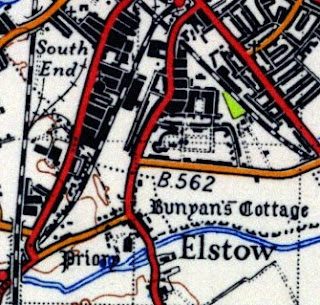 ... in the gap between larger buildings.

Not far away, in the attractive Elstow village, ... 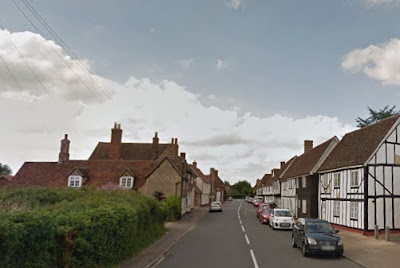 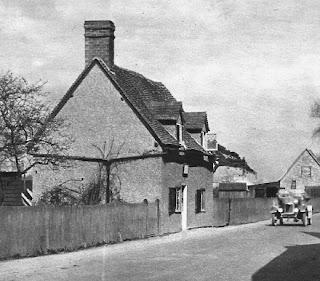 ... tragically demolished in the rapacious 60s by the Department of Transport for road improvement.

It doesn't look as if it took much to demolish it!

Bunyan spent a couple if sessions in Bedford nick, persecuted because of his non-conformist faith. But out of this incarceration came the powerful allegory "Pilgrim's Progress"; well worth a read.

But Cosmic Avenue was the terminus of a Bedford town service 105, seen here in a 1959 United Counties timetable.

But now we had a town services route map ... 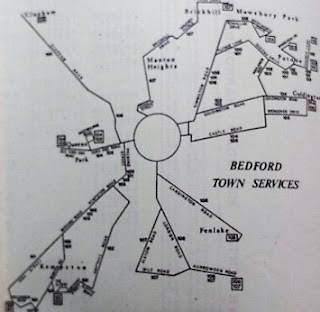 ... adequate, but lacking the colour and beauty of today's cartographic delights. 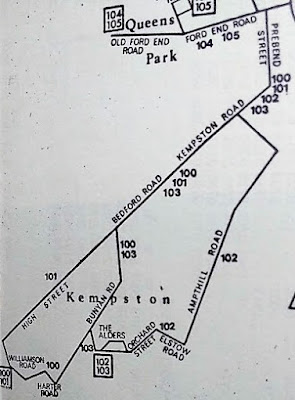 A year later the map had been improved (?) with different kinds of dotted lines. 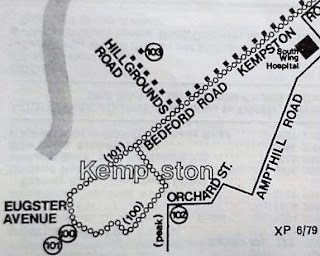 Nowadays Kempston is served by a mega-loop on service 1 ...

... with no buses via Ampthill Road, 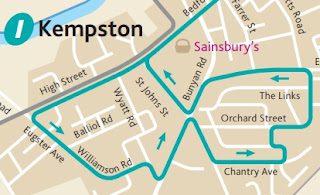 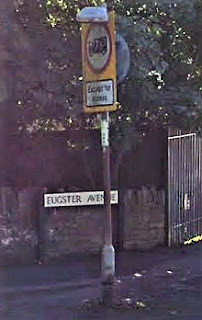 ... (almost as quirky as Cosmic!) but a wider loop encompasses the former route via Orchard Street.

Tomorrow we see what has happened to buses today as they pass the end of Cosmic Avenue. 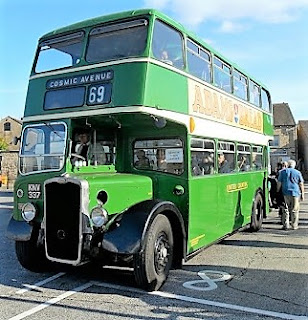 Stagecoach does not mention the extra-terrestrial Avenue on its  maps, but Grant Palmer refers appropriately on the route diagram for service 44 in his timetable book. 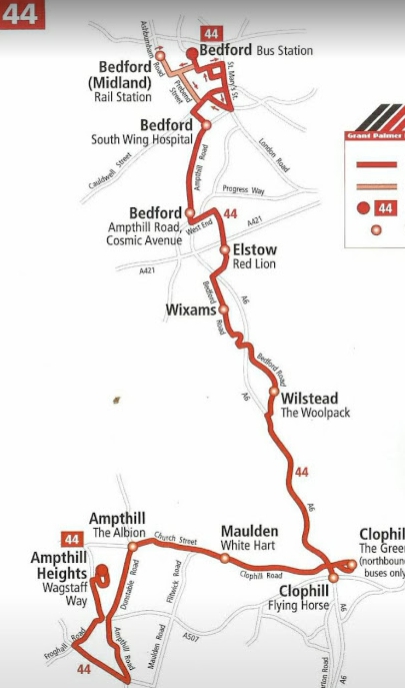 
Next Bedford blog : Thursday 14th February
Posted by fatbusbloke at 02:00