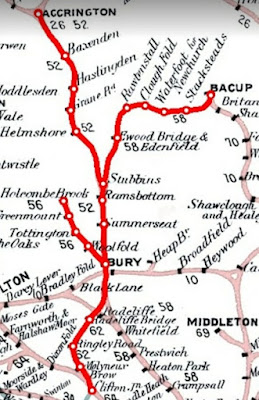 The original East Lancashire Railway only existed from 1844 to 1859 when it was absorbed by the much bigger Lancashire and Yorkshire. It had a junction with the Manchester and Bolton Railway at Clifton ... 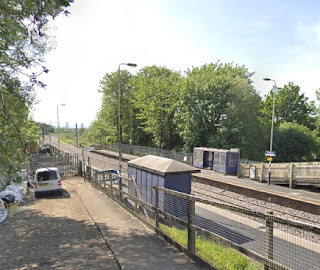 ... now fully wired for electric trains. Google stuff shows the obligatory swathe of trees and shrubs marking the long closed bits. A viaduct crosses the valley of the River Irwell ... 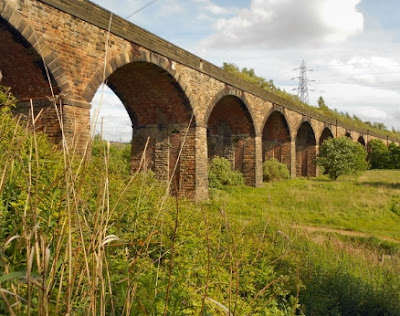 ...and a natty bridge takes a footpath on the the former line of route over the M60. 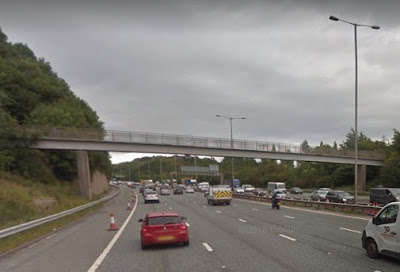 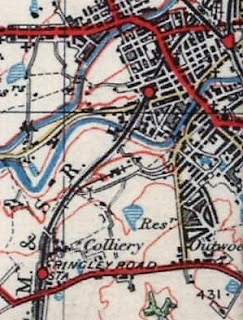 ... where the bare platform remains! 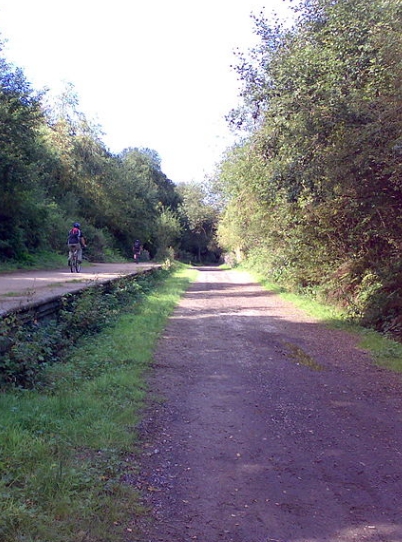 The path emerges at the former Radcliffe Bridge station near where the early ELR joined what is now the Metrolink route to Bury, a short way north of the current Metrolink tram stop. 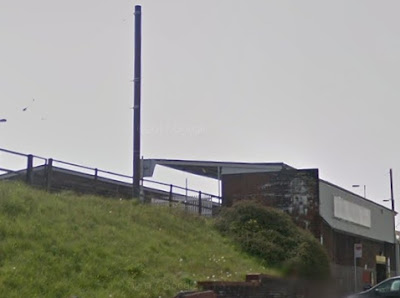 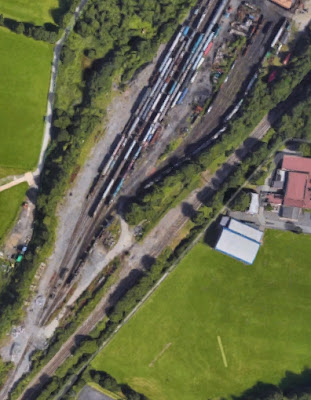 This deviation pre-dates the trams ... 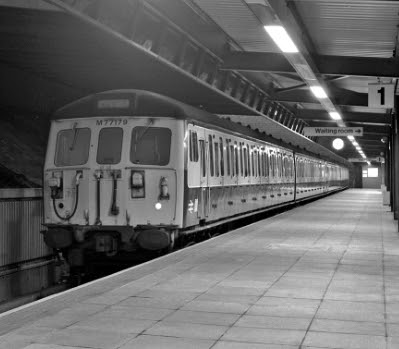 ... and was designed to bring bus and rail transport together into one single hub. 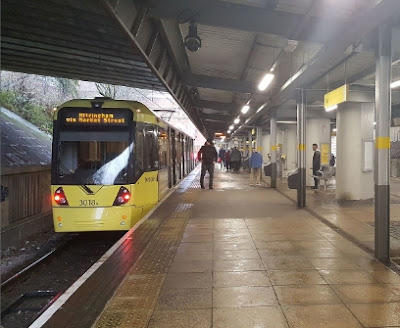 Google Earth supplies a good idea of the present layout. 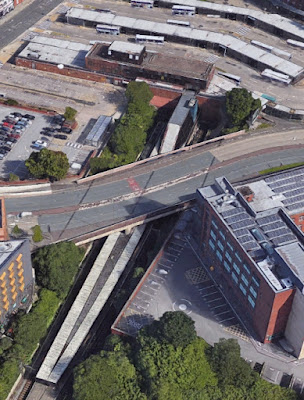 Elderly rail enthusiasts will remember that the Bury line was electrified via a third rail, but, oddly, the collector shoes ran on the side of he rail not the top - unique in the UK. 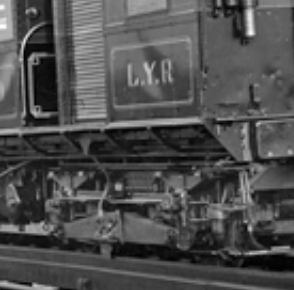 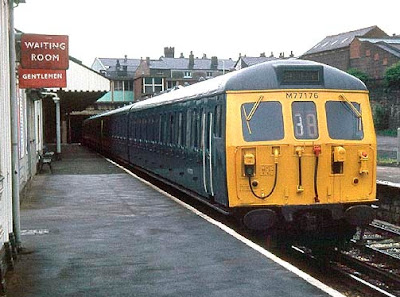 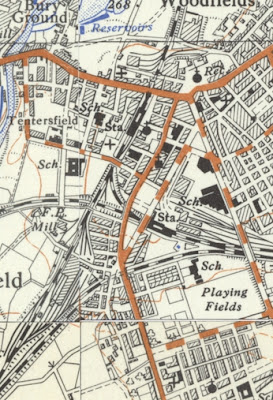 ... just west of Knowsley Street station. This was on the Lancashire and Yorkshire line between Bolton and Rochdale (click on the map below for an enlargement)

The once extensive facilities for the L & Y are now all gone but the station was at the foot of a ramp similar to this to the east of the street after which it takes its name. 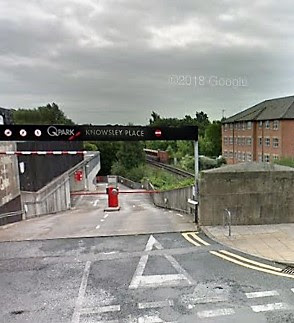 The curve from Bolton Street remains in place as part of a single track link, now owned and operated by the modern Preserved ELR, which takes trains east to Heywood.

We will save the current workings of the line until later but tomorrow will explore other bits of the original ELR.