Return of National Rail to Rossendale?

The route diagram of beleaguered franchisee Northern gives a clue as to the geographical location of the former East Lancashire Railway and its modern preserved counterpart. 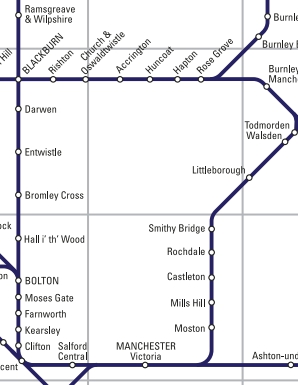 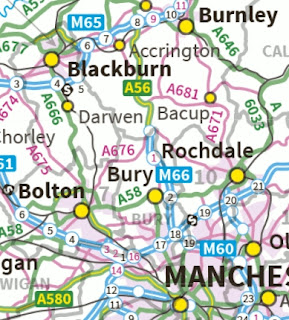 Straight up the middle is the line via Bury to Accrington with a side shoot to Rawtenstall and Bacup.

We must not omit Metrolink between Manchester and Bury. fbb has moaned about the complete lack of timetables anywhere for the Manchester trams but a correspondent has forwarded the current edition of the working timetable which needed prising out of the system by a Freedom of Information request!

It does show that e.g.on a Saturday there are two "lines" operating to Bury; one from Piccadilly... 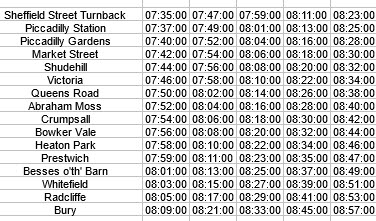 ... and one from Altrincham. 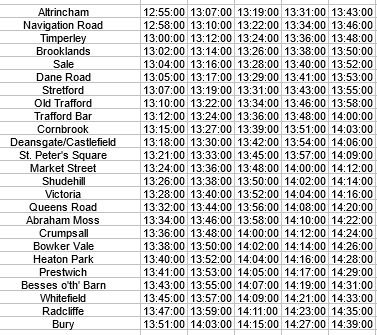 They combine to give a tram every SIX minutes to Bury; which begs the question, "Why is this information a secret?" The lack of a published timetable would be illegal for a bus service or on the railways, so how do Metrolink get away with it?

Back to "proper" trains.

Not part of the ELR is the so-called Facit line between Rochdale and Bacup. This "train-less hole" is a huge area with some substantial communities without a national rail link.The February (current) edition of Modern Railways carries a thoughtful article about ideas for re-opening. 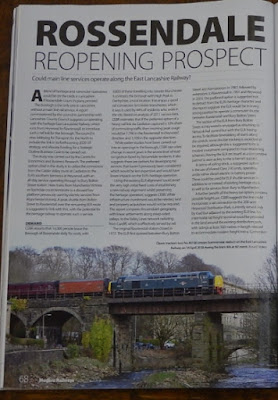 A map accompanies the text. 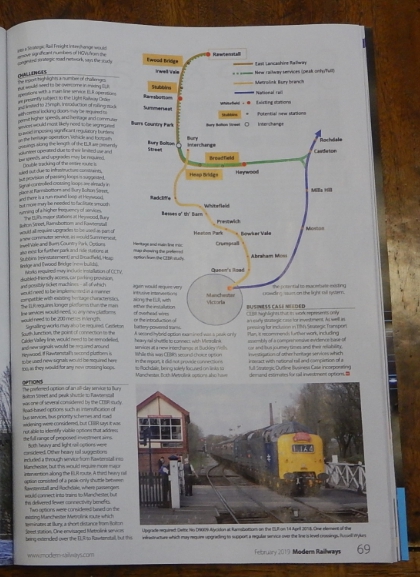 The proposal is simple to explain. Trains would follow the current line in the direction of Rochdale (BLUE on the map), turn left north of Mills Hill ... 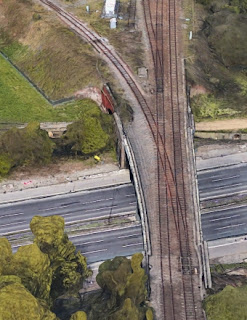 ...and join the ELR at its Heywood terminus. 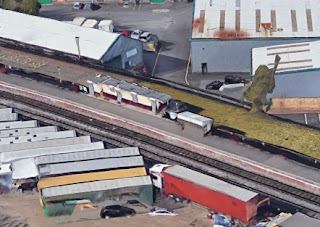 There might need to be a return to double track on part of this route, but a right curve ... 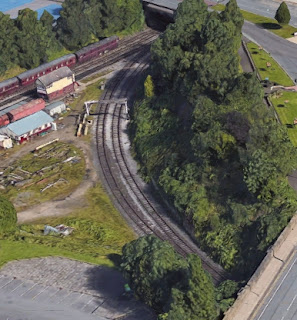 ...  would take the proposed service into Bury Bolton Street station where there is plenty of room. 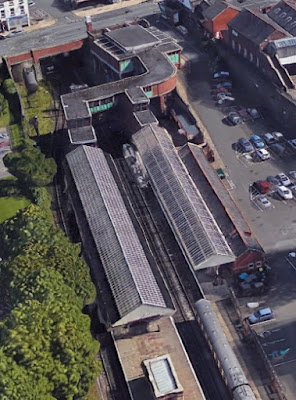 The proposal then suggests that the preserved ELR would run a shuttle service to Ramsbottom and Rawtenstall at peak tomes only. No doubt they would be happy to accept "real" passengers on their heritage trains at other times.

Unlike many "heritage" lines the ELR does not insist that you buy a day rover to use its trains. "Local" fares are available from its main (staffed?) stations/ 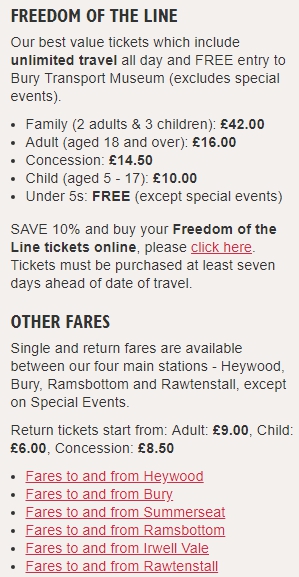 So they are already half way there and ready to operate a "real"service.

Of course, the money has to be found; but the idea is less expensive than many re-opening schemes and could be implemented quite quickly. (That is "quickly" for the current utterly turgid railway planning and development "system!) 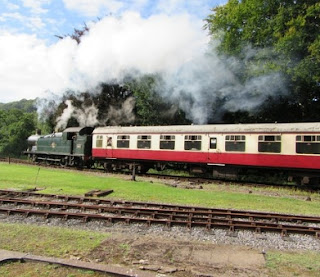 ... so when may we expect Northern trains new stock to be pulling in to Bury Bolton Street?

Sadly, it may yet be after fbb's funeral!

Next charivaria blog : Saturday 9th February
Posted by fatbusbloke at 02:00