Will Scoot get the Boot? [part one]

How Do Our Readers Read It? 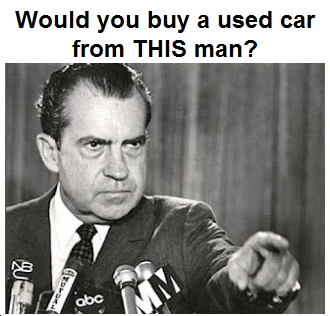 Towards the end of October, fbb reported on a brand new ferry service from the Isle of Wight to the mainland.

fbb was cautious in his thoughts; thinking back to the spectacular failure of Cowes Express and the brief life of Puffin Cruises. But the managing director's entry on "LinkedIn" is very optimistic if a little out of date. fbb has amended to text to include the start of the Cowes to Portsmouth route which "LinkedIn" said was "coming" in 2016.

It came at the beginning of November 2015.

Delivering the UK's newest and most exciting high-speed foot passenger ferry service, connecting the beautiful Isle of Wight with mainland England in style!

Certainly Scoot's twits are laid back and trendy! 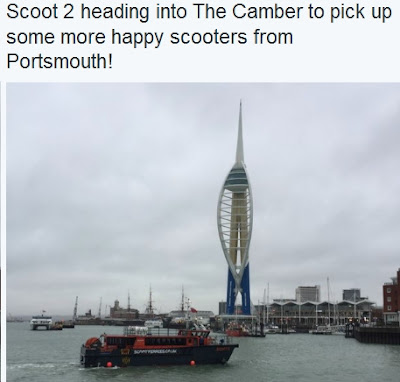 Our aim is to create an island-based ferry business offering a lifeline solution for residents and visitors to and from the Isle of Wight; improving connectivity, improving employment opportunities on and off the island, and helping to increase visitor numbers which is vital for the island economy.


Our first route launched in September 2015 between Yarmouth and Lymington using a purpose built high speed catamaran with individual suspension seats, USB charging points for every customer and free WIFI throughout. Bikes and dogs travel free - and our service runs from 0430 to 2330 seven days a week, 365 days a year.

Hmm. The Lymington timetable was changed quite quickly ... 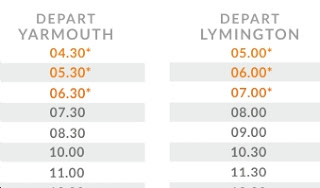 ... with early morn ...ing and late evening trips advertised as request only. A restriction on peak journeys for "season ticket holders only" was also removed. That might suggest that loadings were not as good as expected. But, other than that, the timetable is unchanged. There will be services all over Christmas ... 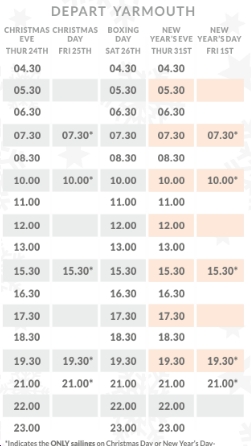 ... with near normal timetable on Boxing Day. Perhaps a little optimistic? But the company is still very optimistic.

The Yarmouth to Lymington route is going from strength to strength, and from the second of January we’re actually putting a bus on of our own running direct from the harbour master pontoon in Lymington to Brockenhurst train station, which means people from Yarmouth will be able to get to Brockenhurst in about 30 minutes direct.

The LinkedIn entry then continued. Well it didn't; but fbb has applied a little editorial update.


This was followed by Cowes to Portsmouth in November 2015 using two larger ferries..

Here things are less encouraging. After a brief period of running a two boat service roughly every 45 minutes ... 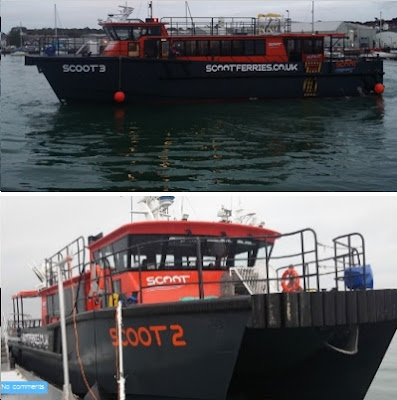 ... it was announced that one boat was "out of service for repair" and the "second boat" has never re-appeared. A one-boat service has operated since then and is advertised as such until January 2nd. 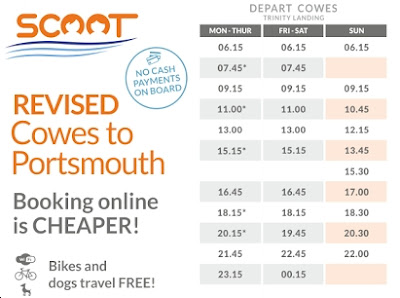 The ferry parks at Milennium Wharf, ironically once the terminus for Wightlink's car ferry to Fishbourne. The car ferry can be glimpsed parked almost exactly where coop ties up today! 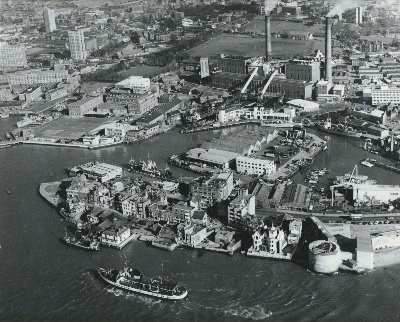 The present car ferry yard is where the power station is in the above picture taken in 1963. 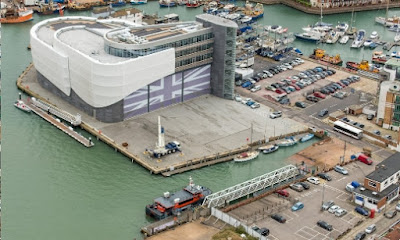 And here is an lovely atmospheric shot of a night time landing! 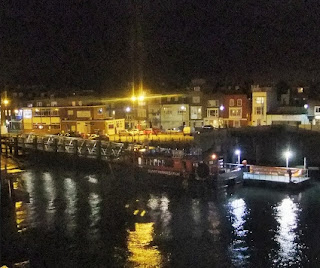 Two other routes are planned: Cowes to Hamble and Cowes to East Cowes. These are all now due to start within the next nine months, in addition to replacing our current 12-passenger vessel on our Yarmouth to Lymington route with two new, larger capacity vessels in May/June 2016.

The big question that baffles everybody on and off the Island is, "Who is funding all this expansion?"

We all know that Santa Claus is a corruption of St Nicholas; and the urban myth is that the red-coated fbb-style chubby one was created by Coca Cola.

The modern Santa was pure invention derived in part from the 1822 poem by Clement Clark Moore which begins, "twas the night before Christmas". In it, Santa is an elf or a gnome delivering presents from a sleight pulled by 8 miniature reindeer,

The stump of a pipe he held tight in his teeth,
And the smoke it encircled his head like a wreath.
He had a broad face and a little round belly,
That shook when he laughed, like a bowlful of jelly!

He was chubby and plump, a right jolly old elf,
And I laughed when I saw him, in spite of myself!
A wink of his eye and a twist of his head,
Soon gave me to know I had nothing to dread.

It was political cartoonist Thoma Nast ... 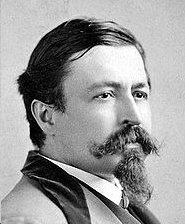 ... who illustrated the poem in a variety of ways; but many of them coming close to the rubicund epitome of jollity that we know and love today. But he was still gnome-like and gnome-sized! 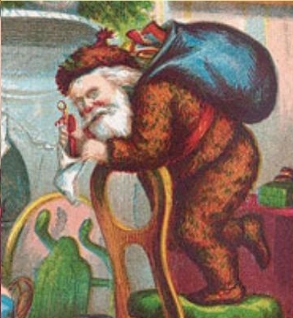 Of course, the character was soon adopted commercially and our Santa emerged. But still a pure invention and nothing to do with Christmas.

But surely, we hear you cry, St Nicholas is famous for distributing presents to children? 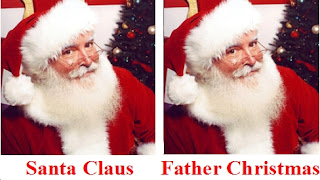 Next blog : Saturday 12th December
Posted by fatbusbloke at 02:00