A Weird Name for a Sale?
Apparently this year's Black Friday was more restrained than last. The video compilation courtesy of YouTube is, of course, from the USA, where else? But there were similar scenes a year ago in the UK. When fbb was researching Wessex Bus and their incursion into First's Cribbs Causeway business, he spotted this on the Wessex web site.

Looking round on-line publicity, there is little evidence of seasonal sales at Stagecoach. Manchester looks interesting at first ...

... but it only refers to standard "Megarider" products. A campaign surely aimed at the youff?

There was no evidence of Christmas Sales as such but "season ticket" deals can be a bargain for seasoned season ticket travellers.

The Stagecoach Winchester offer below seems unrelated to the Season.

On the other side of the Great Divide, First Bus has been making much more of the Festive Reduction game. Here is Swansea.

The "Big Hearts of Swansea" is a City Centre Shops promotion not directly related to Spendmas. 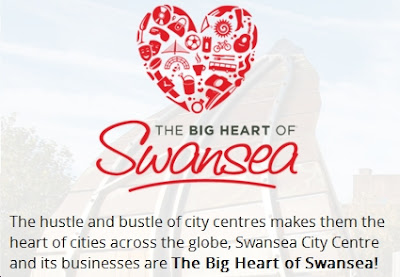 Southampton's offer might be more to do with increasing competition with Blue Star. 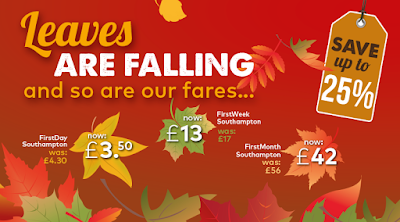 The Cornwall offer is for the lead-up to Christmas ...

... and on until New Year's Eve. And fbb downbloaded this header banner and now can't remember where it came from. 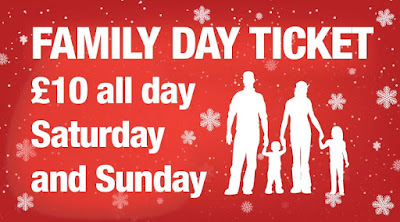 But the most dramatic Black Friday ONY deal was on offering in the Potteries. 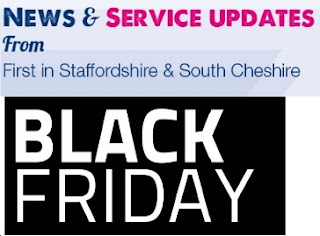 Save an amazing 50% on yearly tickets on Black Friday - that's 12 months travel for the price of 6! Be quick though - these offers are available for one day only.

To take advantage of these great offers pop into our travel shop in Hanley bus station or Newcastle Guildhall & Kidsgrove customer service centres - but be quick, they're only available on Friday 27 November.

fbb wonders how many they sold; were many Potteries people scouring the First web site in eager antricipation of a cheap annual season. Perhaps the crowds were tearing one another's hair out to get there before the Hanley office closed. 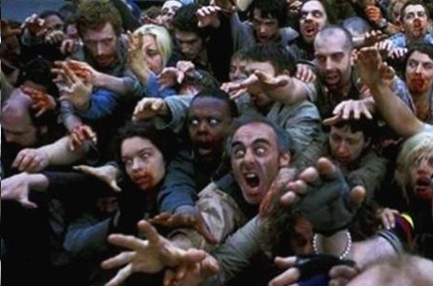 fbb guesses there were not many! But, to be fair, Potteries also has a more wider ranging Christmas Offer. 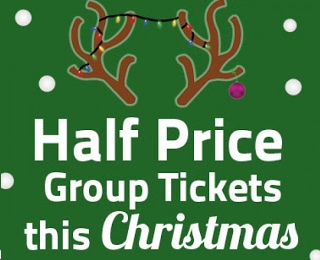 It was many years ago that fbb (then less f) was in heated discussion with his chums at Sheffield Transport Department. "Why," asked you chubby blogger, "don't you sell bus services like the supermarkets sell baked beans?" The concept, back in the mid to late 60s was almost unknown in the bus industry and was greeted with blank expressions.

With privatisation, deregulation and competition, bus companies have learned the need to "do" marketing. Even so, we see much less in the way of day-to-day special offers that can be spotted in the widows and advertisements from Tesco.

Tesco's "Club Card" is a superb data collection device and enables the compady to tailor offers to individual customers. Mrs fbb regularly gets great discounts on offer for goods she bought once and will probably never buy again.

The "Ice" website reminds us (as of Sunday 20th November 2015) that Stagecoach offers points to collect ...

... it doesn't! They closed their association with the scheme back in July.

In the end it all boils down to cost versus benefit; and that's not benefit to the passenger as such. We all know that reducing bus fares by 50% will attract some extra business, but passenger numbers need to double to maintain "the bottom line" and more that double to increase profits.

As even the great Tesco are finding these days, it's tough out there on the mean streets of consumerism.

Ecclesiastically, Christmas starts on 24th December and finishes on Twelfth Night, 6th January. For the religious nit-pickers amongst us, we are in the season of Advent.

This derives from Latin words meaning "to" and  "come" and the season implies a period of expectancy and preparation for the Christ Child's coming to the world. Hence we prepare by opening a door in an Advent Calendar - with most of today's versions having little to do with the Christian season. 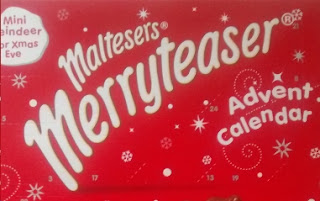 Here is an Advent Hymn (or carol).

So, what's all that about? Lots of old-fashioned language. Is it relevant in the 21st century? Possible answers (some of them at least) from tomorrow.

Next bus blog : Wednesday 2nd December
Posted by fatbusbloke at 02:00