But First : More on the SWT non-Improvements
Courtesy of the local Yeovil rag:-

South West Trains will operate ten trains per day, Monday to Friday, between the Yeovil Pen Mill and Junction stations, although the service will initially be in afternoons and evenings only.

That's a meagre five in each direction. Feeble!

The service expansion includes increasing the number of direct trains from Yeovil to London Waterloo to ten a day. The service begins at midday and carries on throughout the afternoon and evening.

There are 23 direct trains from Yeovil to Waterloo

Chris Loder, head of service strategy with South West Trains, said: "This is the largest change to train services in Yeovil for nearly 50 years. It starts to build Yeovil as a hub for connectivity, not just across Yeovil but across the South West."

Really? the biggest but the most useless?

There will also be extra services between Yeovil Pen Mill and Waterbury, increasing the number of trains to an hourly service. At the moment, trains only run roughly every three hours between the two stations.

Now, fbb wonders, where is Waterbury? If the author means Westbury, it is hard to see how one extra train a day (Monday to Friday only) from Westbury to Yeovil can increase the service to hourly!

Of course, it is not at all possible that the paper's reporter read a press release which he/she did not understand, having never travelled on a train to or from Yeovil? Surely not!

Meanwhile Stagecoach's Chris Loder is effusive about the one train from Waterloo to Bruton. Writing on his twit page he enthuses ...

Our first (only? - fbb) passenger from Waterloo On Monday 14th. Cheery Chris is on the left, being cheery. Which one was the first passenger; the lady; or the Richard Branson lookalike?

And here, the train arriving in Bruton to be greeted by an excited crowd of whom ??? travelled to Yeovil? 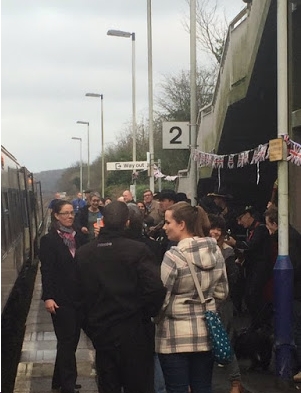 Back to Sheffield's Tram Train
The press reported that the tram-train project had finally been given the go-ahead by the Minister. Odd, that, at the trams are about to be delivered.

In fact, just over a week ago, Andrew Jones, the "Minster on Duty for the day" popped up to Sheffield, complete with his "Government Guide to Mindless Soundbites" to welcome the very first tram train recently delivered to Stagecoach's Nunnery depot. 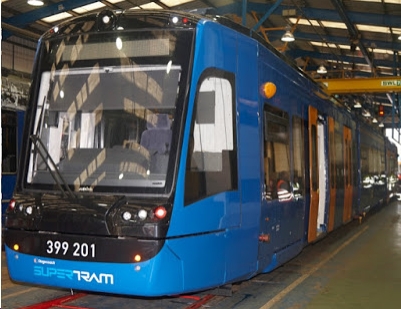 It was even trundled out into the light with a festive bow applied! 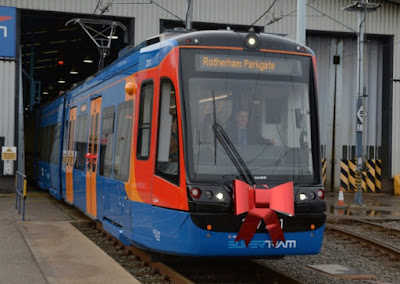 Whilst tram-trains have been trundling happily in Europe for years, nothing is simple in the UK. Firstly, the tram can't just be a tram; it has to have a TOPS (whatever that means) class number because it's "A TRAIN" now. 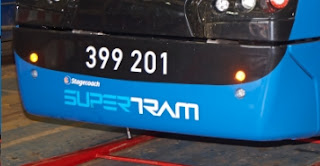 But instead of a nice useful service between Sheffield and Huddersfield as proposed, these trams will be TRAMS between the Cathedral stop and Meadowhell South Tinsley (which will have to be rebuilt) ... 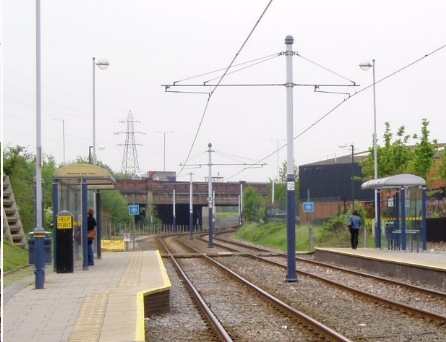 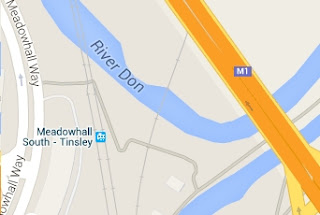 ... to link to the single track freight line which has been accompanying them under the main road at Tinsley Bridge (backgound in the tramstop photo above).

Apparently here it will have to change voltage from 750 to 25000 because it is now A TRAIN. And it will remain thus transfigured until it reaches its terminus. Here is the freight line passing the rear of the financially teetering Magna visitor attraction. 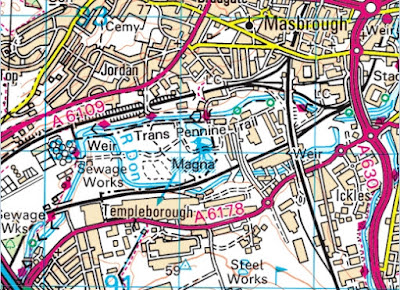 Useful Sheffield fact No 387. In the middle of the steel woks appurtenances between Templeborough and the canalised bit of the River Don was a road unconnected to any other road. It had obviously been swallowed up and destroyed by the works but it remained on maps for years. It was called Dead Mans Hole Lane. 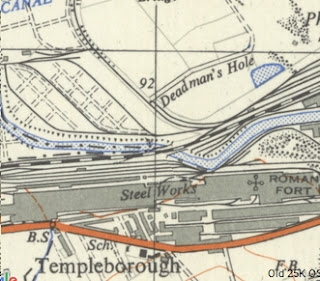 Its origins have been lost in the hists of mystery.

Just before Rotherham Central station (top right) the freight plus tr*m line is joined by the proper passenger railway from Sheffield Station. A separate platform for the tram (whoops, class 399 train) will be added to Central station. This fantastic service will then terminate at Parkgate shopping centre. 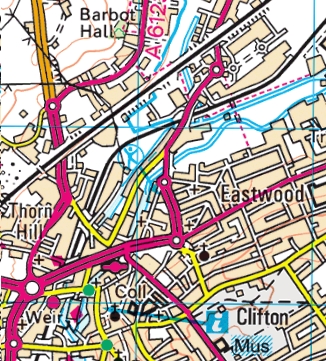 The roundabout (upper right, above) marks the access to the wonders of the retail experience. The stop will be located somewhere on the right on Stonerow Way ... 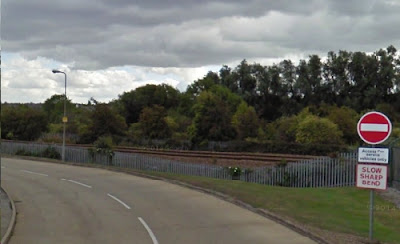 ... currently a delivery road to a line of shops. 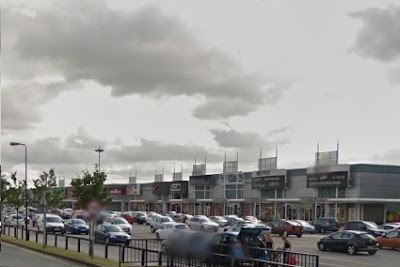 Five new trams have been ordered at vast expense which "for technical reasons" will only be able to run from Sheffield Cathedral to Parkgate; they cannot venture of to any other part of the Supertram network, apart from to and from the depot.

The service will not be of much use for anyone except shoppers as it doesn't serve any residential areas apart from a few desolate remains of Attercliffe; and it will only run every 20 minutes.

So what's the point?

You wonder, some times, whether there is a modern equivalent of the Nativity shepherds. 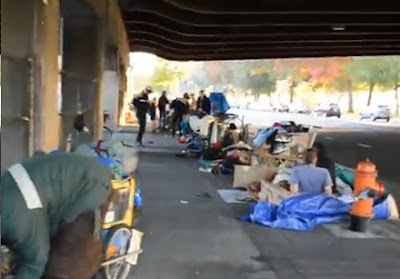 Some have suggested that a "sleeping rough" community in one of our cities might be similar. How would they react if some supernatural event directed them to a new born baby?  Probably blame it on cheap booze!

So they hurried off and found Mary and Joseph and saw the baby lying in the manger. When the shepherds saw him, they told them what the angel had said about the child. All who heard it were amazed at what the shepherds said. Mary remembered all these things and thought deeply about them. The shepherds went back, singing praises to God for all they had heard and seen; it had been just as the angel had told them.

Would they admit what they had done afterwards?

In our scientific and so-called enlightened world we can be quick to dismiss the "supernatural" as easily explained or just plain fiction. But the tale of the night-shift shepherds is not easily explained away in such a cavalier manner.

If Emmanuel was real; if the events on that hillside were some sort of Divine wake-up call, then Luke's account has the ring of truth about it.

Come and join the celebration,
It's a very special day;
come and share our jubilation,
there's a new King born today!

See the shepherds
hurry down to Bethlehem;
gaze in wonder
at the Son of God who lay before them

Come and join the celebration,
It's a very special day;
come and share our jubilation,
there's a new King born today!

'God is with us'
'round the world the message bring;
He is with us,
'Welcome!' all the bells on earth are pealing.