More About Stagecoach and Timetables 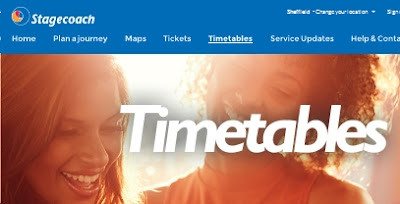 Clearly fbb is an unwelcome Stagecoach passenger because eveyone has to be young, female, cheerful and endowed with perfect teeth. fbb can manage "cheerful" (on a good day!) and that's is!

Admonished, yesterday, by a correspondent, because your inexperienced and technologically disadvantaged blogger had not "set his location", fbb decided to do just that. But always willing to have his mind enhanced by web based functionality, cynical sir decided to explore nationwide.

How about his former stamping ground, Crimicar Lane Sheffield ... 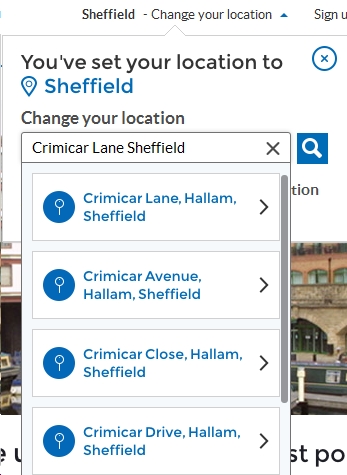 ... which set the location to "Sheffield". Now it was necessary to enter a route number.

Of course, fbb knew the route numbers to Crimicar Lane. On Monday to Friday the 120 runs every ten minutes and the 83A runs every 20 minutes. But what if he did not know? There was no list to consult so it was necessary to use the enquiry panel alongside. 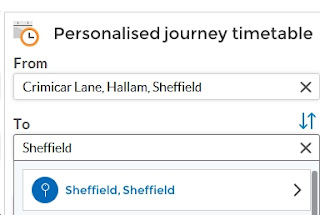 But lookee here, those that find this new web site "quite good". Where is service 120? It isn't there because although advertised jointly by the Sheffield Bus Partnership, Stagecoach buses do not run to Crimicar Lane during the day, except on Sundays.

If you do ask for the timetable, however, the PDF comes from the PTE and shown both operators. 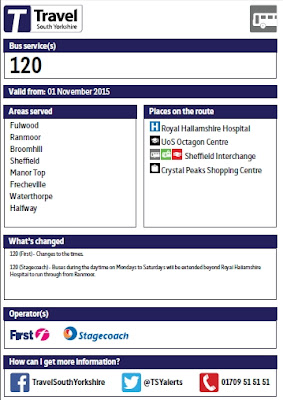 Let's try another Stagecoach service in Sheffield, namely the 88 to Bents Green (every ten minutes)

But, as we have seen before, the route does not go to Bents Green.

Type in 31 (for which Stagecoach runs early morning, evening and Sunday journeys only) and, with your location set to "Sheffield" the wonder-site offers you some juicy South Yorkshire services ... 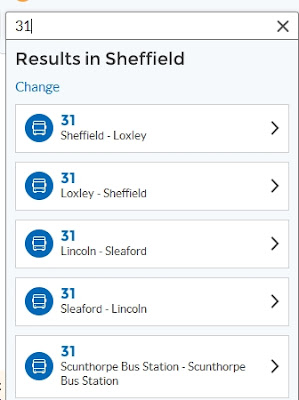 Scunthorpe Ashby Frodingham as in the timetable heading would be almost helpful. But, no doubt, all this guff is derived from some database created automatically by a program written by some IT whizz-kid who has never ridden on a bus and has no idea what drivel his site is exporting.

So it would appear, yet again, that the super smashing swinging exciting (?) web site is extremely useful if you know what the answer is before you look it up. For speculative enquiries it is well-nigh useless.


And, of course, it only handle Stagecoach enquiries. This becomes horrifically obvious when you use the journey planner. Hillsborough to Firth Park in Sheffield takes you with Stagecoach (tram or bus) into Sheffield and back out again. 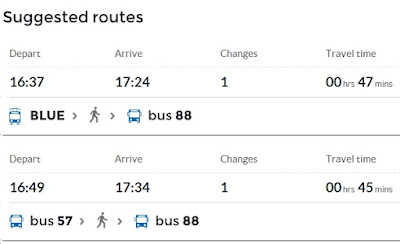 The journey time is significantly more than the direct 38 bus ...

... (run by First as part of the Non-Partnership), so in terms of time, Stagecoach is bad enough.

But when it comes to fares ... 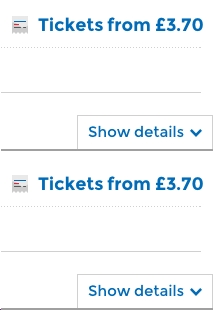 But there's more daftness. If you follow the links to "maps" what do you get? Answer; the PTE maps ...

... which show ALL Sheffield services, the majority of which are not available on the whizzo and exciting Stagecoach site.


And its not just Sheffield; fbb's church minister (a bit of a bus nut) confirm that to research a journey from Seaton to Brixham, perhaps downloading relevant timetables, he needs to set his location to East Devon, then Exeter, then Torbay.

Or, of course, he can plough through huge lists of Stagecoach service throughout UK.

The new Stagecoach site offers little advantage over the old one, which itself was not very good.

3rd
These days we hear a lot from those who wish to knock the Christian Faith. If there is a God, why doesn't he DO SOMETHING about the evil in the world. Back in the 6th century BC or thereabouts, the exiled Hebrews needed first to learn to "do things" the way God ordained if they wanted His help. Then, and only then, would they be fit to receive Emmanuel properly.

The 12th century hymn reminds its participants of that. 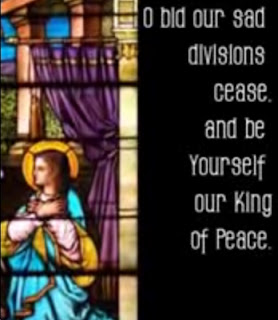 Time and time we see the consequences of "sad divisions". We see them at a very personal level, in our own erratic relationships with others and all the way up to international conflicts. In the end it's about accepting the moral authority of an eternal God.

So the plan was to provide us with our personal King of Peace.

And that started about nine months before the first Christmas. With an angel! 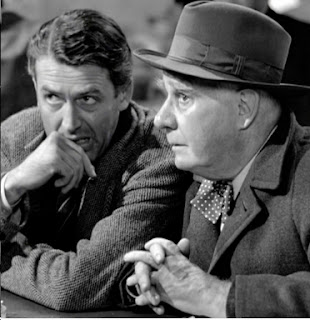 Next bus blog : Friday 4th December
Posted by fatbusbloke at 02:00