Och Aye and a Gleadless Herdings to Ye!

Sounds Scottish, but it isn't. We are back in Sheffield for a Tram story
And it Begins Like This:- 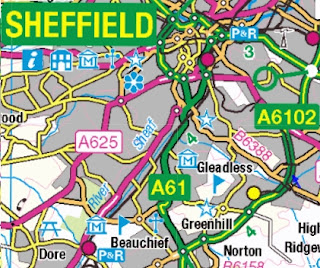 Post WW2 there was a desire to rebuild, obviously, but also to improve the lot of hard working Sheffielders. One scheme was to develop housing in the Gleadless Valley, a wedge of steeply sided land leading down from Norton Avenue (B6054) to the Meers Brook. 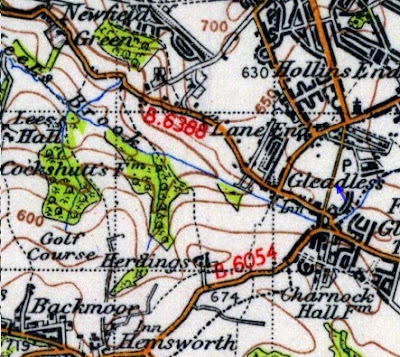 Three communities were developed; Rollestone in the valley by Gleadless Road (B6388) with Hemsworth and Herdings accessed by two new roads and taking their names from ancient hamlets. 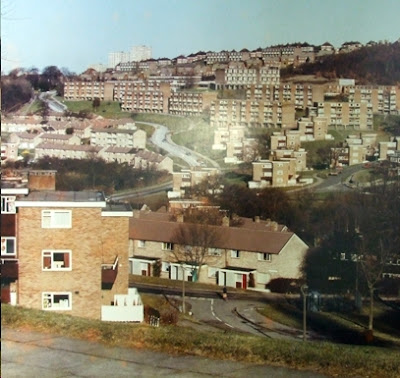 The result was almost Mediterranean in character rolling up hills and down valleys but directing the eye always to three tower blocks, just visible against the sky on the picture above. 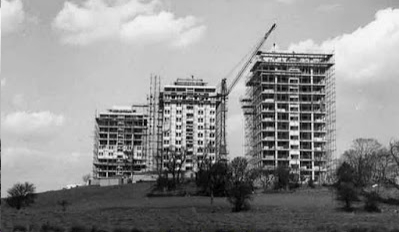 Two brand new bus services were started by Sheffield Transport Department. 28 ran via Leighton Road to a turning circle on Raeburn Road; its sister route was 43 which had its turning circle at Hemsworth Shops on Blackstock Road. Both routes approached via East Bank Road and Rollestone and showed "Rolleston Herdings" and "Rollestone Hemsworth" on the blinds.

A bit of re-linking and these routes became 47 and 48 cross-city to Shiregreen.

Routes also approached the estates via existing networks. A 33 arrived from Woodseats and later became 20A. Arriving at a different "Herdings" were journeys on a hairily complex set of routes numbers 101, 102 and 105. Buses originally showed "Gleadless Herdings". Their terminus was a different turning circle at the junction of Leighton Road and Leighton Close. 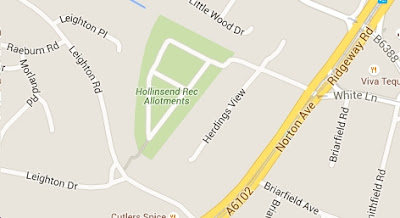 This was explained in an easily understandable blog (you must be joking) some time ago; read (here) only if you are brave!

Suffice it to say that the Herdings route became service 51 which, remarkably, survived privatisation ... 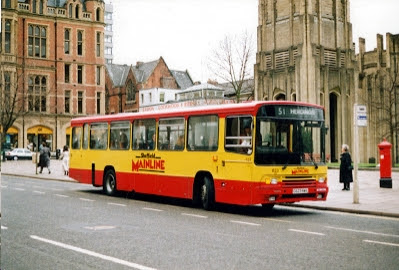 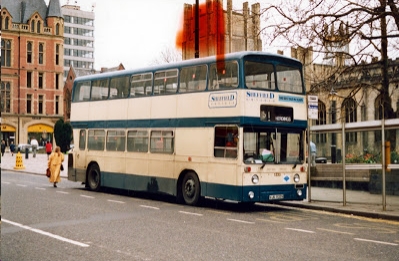 But it didn't survive the tram which duly arrived at Herdings, within spitting distance of the Raeburn Road version of Herdings terminus. 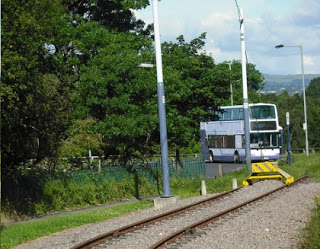 The Tram stop (called Herdings Park) is a few yards from the turning circle. 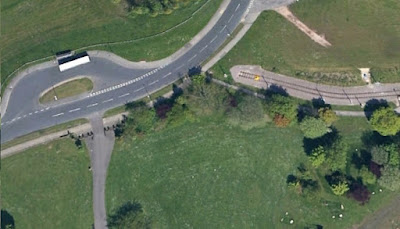 Although fbb had left Sheffield before tram construction started, he does remember much debate during the gestation period. Transport watchers questioned the purpose of the Herdings Spur. What was the point of a two stop "branch" off the mainline to Halfway. 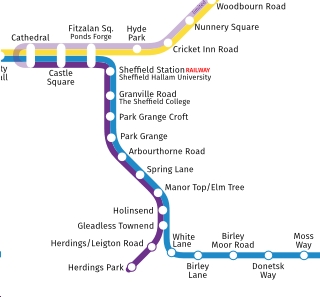 Accordingly the "Purple Tram" only manages a service every 30 minutes.

It does, of course, offer extra capacity into the City and similarly, by reversing at the Cathedral ... 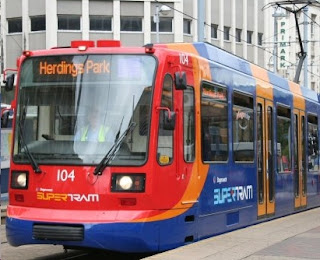 ... it adds extra seats between City and Meadowhell.

But it is perhaps not too surprising to hear that Purple Trams are being withdraw from today.

7th
The Old Testament prophets were pretty well agreed that Emmanuel (God with Us) would be a descendant of King David, super hero, founder of the united nation of Israel and he who whopped Goliath! 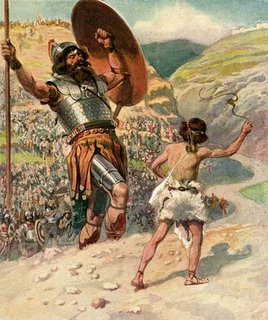 The royal line of David is like a tree that has been cut down; but just as new branches sprout from a stump, so a new king will arise from among David's descendants. The spirit of the Lord will give him wisdom and the knowledge and skill to rule his people.

So wrote Isaiah, one of the big three prophets; but more likely written by one of a gang of holy men who all followed the first Isaiah.

But after 1000 years, it would not be difficult to find descendants of King David; but one prophet, at least went further. Emmanuel would come to David's birthplace.

The Lord says, “Bethlehem Ephrathah, you are one of the smallest towns in Judah, but out of you I will bring a ruler for Israel, whose family line goes back to ancient times."

Ephratha? A name which is all so easily stumbled over in a key reading from a traditional service of nine lessons and carols. Micah (a bit of a lesser prophet) wanted to make sure his readers didn't get mixed up because there were TWO Bethlehems. 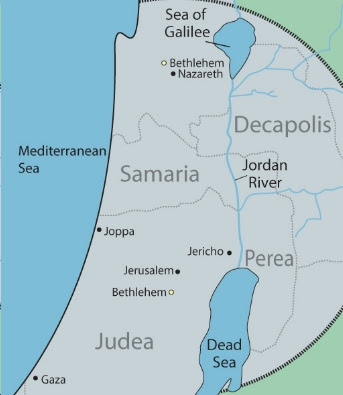 David's birthplace was near Jerusalem (Ephratha) and the other Bethlehem was further north near the Sea of Galilee.

So now we are asking for a much bigger co-incidence!

Or is it a God-incidence?

Next bus/tram blog : Tuesday 8th December
Posted by fatbusbloke at 02:00