There were four good reasons to go to Exeter.

1. To explore Crabrook Station
2. To buy Mrs fbb a Christmas present
3. To buy a bus
4. To check on the "improved" peak hour SWT train service

Readers will not be surprise to hear that the station is basic. Take one platform, add railway bits and pieces ... 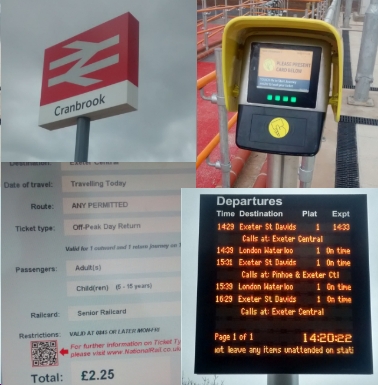 ... and that's the sum total. Theres is a bus stop; but no shelter as illustrated in the original architects sketches; but there are no buses either. 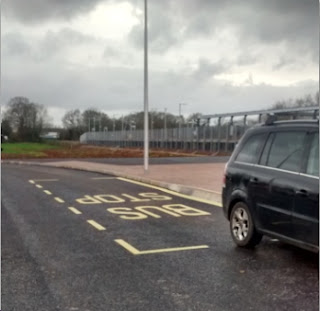 There are no taxis (understandably) but no indication that any might be available; but bus and taxi have a nice exclusive lane to not use. 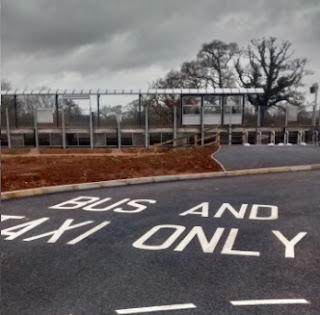 The plan of station facilities (none to speak of) shows a large lock-up bike store (the blue shed) ... 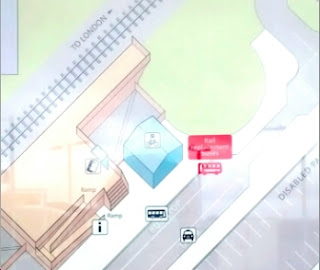 ... but all you get is a rack held down with sandbags!

There is a bit pf platform where there might be a station building one day ... 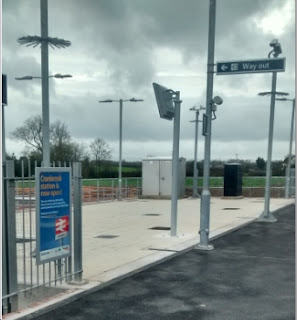 ... but very little shelter. The long bit is open to the track (obviously) but is also unglazed on the car park side, to wind and rain whistle through unimpeded.

The only reasonable cover is a bus shelter affair ... 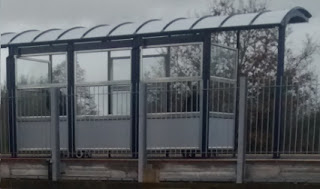 ... with just two seats and a perch for half a dozen parrots. Frankly, for £5million, the Cranbrookians have got poor value. If rail is to be come the transport mode of choice for the new town, it will need a better station.

And another point. There is absolutely NOTHING in the growing town to tell you that it has a station, and no signpost directing you to it. Access is far from obvious. 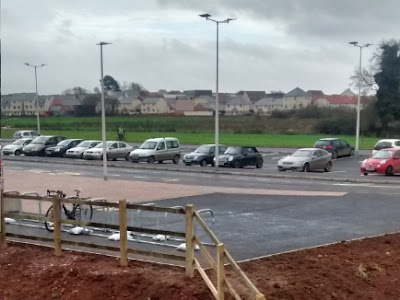 ... as fbb waited for the 1428 (arrived 1435). Seven passengers boarded an already "comfortably full" three car train for Exeter. Mr SWT (of DaFT, or the next franchisee) please note; you will need six coach trains if the business grows.

The journey (all nine minutes of it) was splendidly uneventful and most of the trains contents disgorged themselves st Exeter Central to proceed a-shopping. Exactly what fbb did for item 2 on his list.

Mrs fbb is a difficult customer to whom to present presents because she and her devoted hubby are very happy with their humble lot at fbb towers. Nevertheless a visit to Waterstones ... 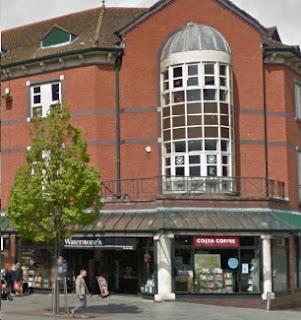 ... provided a suitable something for Santa to secretly secrete at the apposite time. 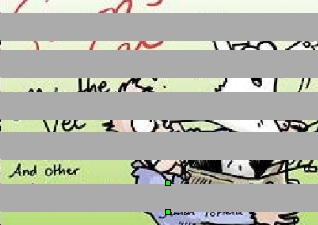 And secret it must remain just in case the good lady reads the blog! 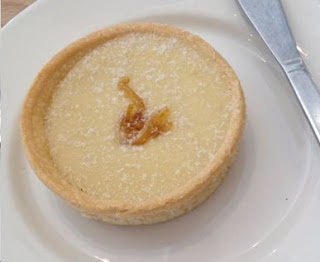 these long train rides are very exhausting, you know! 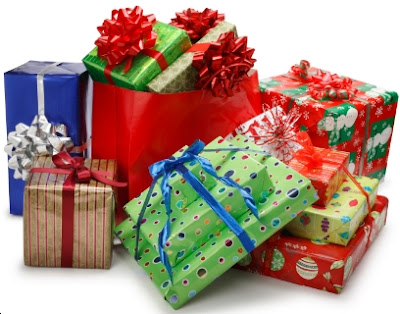 ... what began as semi-legitimised begging by the "lower orders" at the gates of the Lord and Master ("your king") developed, in the Victorian era, into a massive commercial con. Pagan winter ceremonies encouraged folk to demand a gift; now the demand is from terrible peer pressure. Magazines are full of suggestions for "stocking fillers" at prices between £25 and £100.

It used to be an orange and a shiny penny!

One thing is absolutely sure; Christmas Giving owes nothing to the gifts brought by the Wise Men. If you gave them to you best friends (gold excepted), they would instantly become your worst enemies.

St Nicholas was added to the mix with his "day" sliding from December 6th to 25th to compound the commercial excuse.

Next rail blog : Sunday 20th December
Posted by fatbusbloke at 02:00