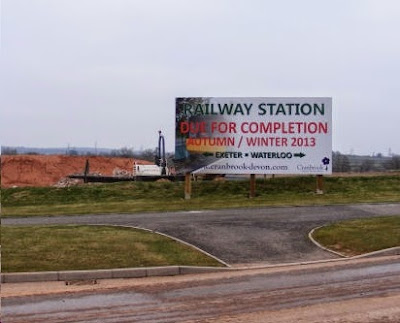 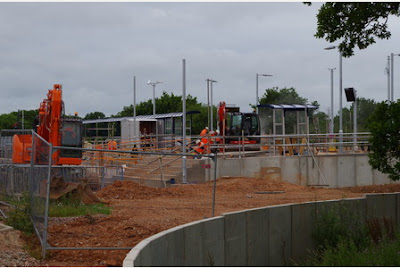 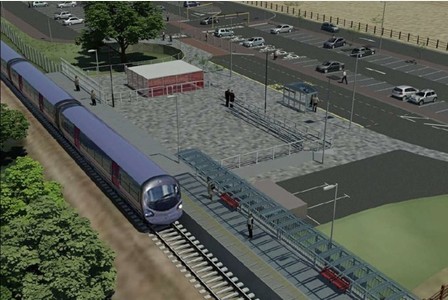 ... and costing a modest £5 million for one platform and a few shelters, Cranbrook Station finally opened on Sunday 13th December with much jollity and many positive sound bites. And. talking of sound, early Sunday morning passengers were entertained by the Maynard School Band. 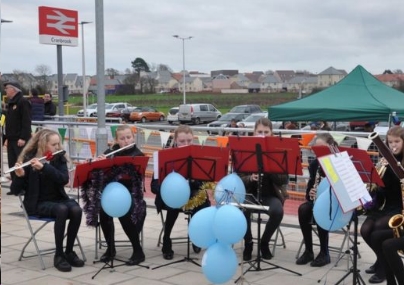 It's a private school for gells in Exeter, 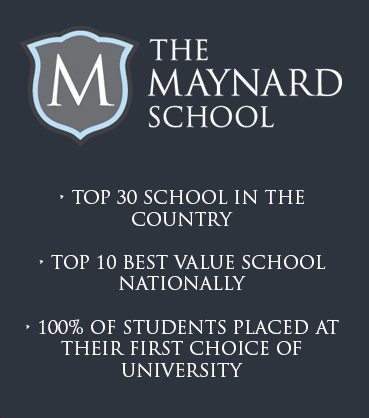 For those that don't know, Cranbrook is a developing new town to the east of Exeter built on a green fields site close to Exeter Airport. It's first public transport was Stagecoach service 4 running every 30 minutes, later with an hourly Sunday service added. Cranbrook is due to expand:-

Cranbrook is a new town being developed in East Devon, initially consisting of 2,900 residential properties, rising to up to 6,550 properties by 2026, with associated infrastructure to support the housing. It is located 9 kilometres (5.6 mi) east-north-east of the centre of Exeter, just north of the village of Rockbeare, between the B3174 road (London Road) and the West of England Main Line railway The requirement to build extra housing in this area formed part of Devon's 2001–2016 Structure Plan and was included in East Devon's Local Plan 1995-2001. The first houses as well as St Martin's Primary school were completed in 2012.

The station was an essential part of the plan, due to open with the first housing; or soon afterwards.

A clutch of genuine passengers ... 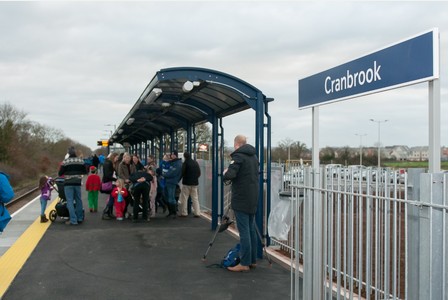 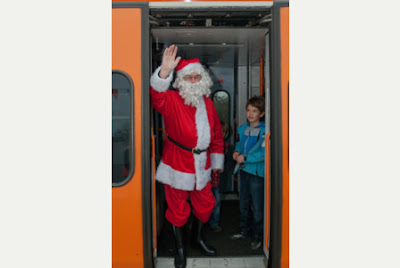 And, why, you may ask, was fbb not part of the jolly crowd?

The chubby one had been asked to stand in for a non-available preacher at his church (topic:Old Testament hints of the coming Messiah - cool eh?) and thus was unavailable.

All trains between London Waterloo and Exeter St Davids call, giving the new town an hourly service in both directions seven days a week. Its approx 14 minutes to Exeter and a leisurely but reliable 3 hours and 8 minutes to London. 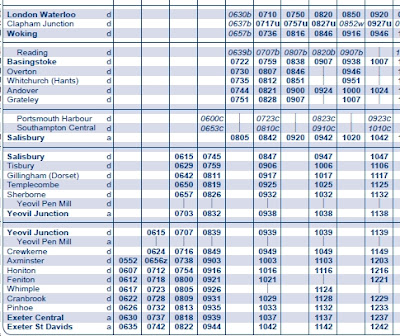 Needless to say the media and the politicians got it wrong, firstly reporting that the station was a year late instead of three and that the trip to Exeter would take nine minutes instead of 14.

In a small way, SouthWest Trains offers no celebration of its new station on the cover of the new timetable booklet ... 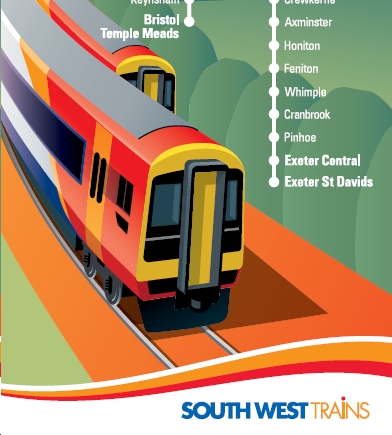 ... and it's what IS on the cover that hints at fbb's disappointment.

Should you choose to visit, do not expect lavish facilities. Your £5 million has bought one platform, a few open fronted shelters and a ticket machine. No staff, so heat and almost no protection from driving rain. There is a car park; and a bus shelter is shown on the artists impression ...

15th
The trouble with a sanitised Nativity is that it is too "nice". There is nothing "nice" about a pregnant tennage mother being obliged to give birth in an animal shelter.

And there was nothing nice about shepherds. 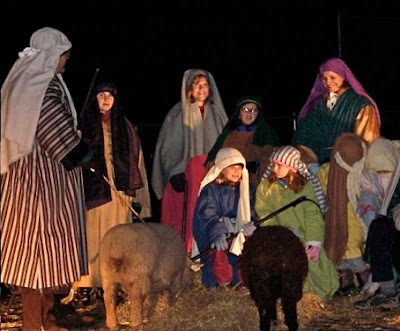 The night shift would almost certainly have been made up of low life, rather than shiny shepherds in clean blanket cloaks with tea towels on their heads. At the time of Jesus, these nocturnal ovine overseers would have been on a par with today's winos sleeping rough under London's railway bridges.

Simply not nice. Simply not "ahh sweet". And VERY smelly! 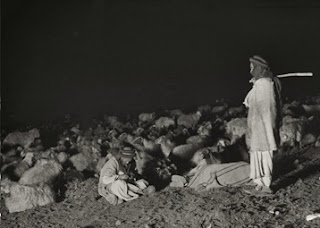 There were some shepherds in that part of the country who were spending the night in the fields, taking care of their flocks. So says Luke (Chapter 2 verse 8) leaving his readers to draw their own conclusions. 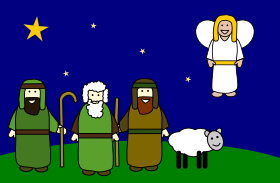 ... may be "nice", but is cannot possibleybe anything close to reality.

Mind you, the one in white seems to be fitted with some kind of hoverboard!
Yeah! Really!

Next train blog : Wednesday 16th December
Posted by fatbusbloke at 02:00