Another Episode of the Sunday Quiz 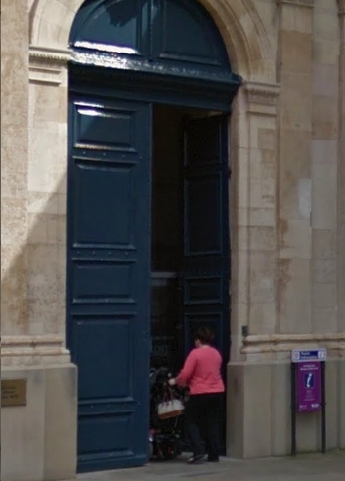 the attractive and welcoming entrance to the TiC


That Northampton tourist information photo (yesterday's puzzle picture) was easy for me - I too call in there regularly. What you (or your correspondent) didn't add is that a lot of the time the leaflets at the TIC are out of date anyway. Often I've called in but then finished up walking up to the not-so-glam Northgate Bus Shelter (sorry, Station). Northants gave up on decent printed timetables ages ago, but at least they do keep the website up to date. 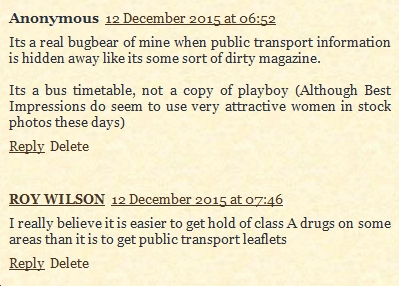 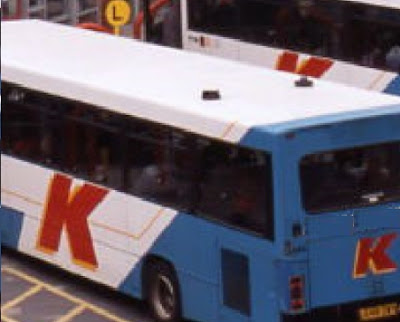 In which town did these Ks operate? 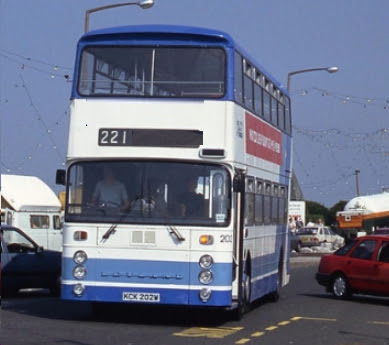 Which municipality threw in to towel and closed after a Stagecoach onslaught? 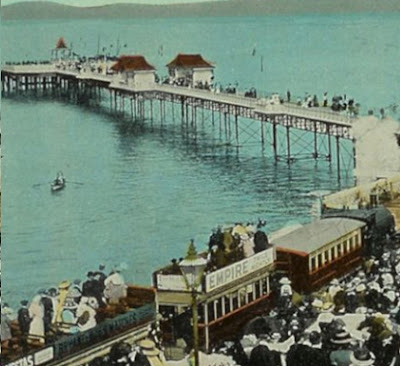 Not to speak clearly; it always was a train although it looked like a tram! 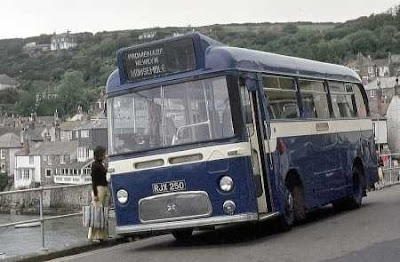 What marque is this bus, photographed in a dark cloud? 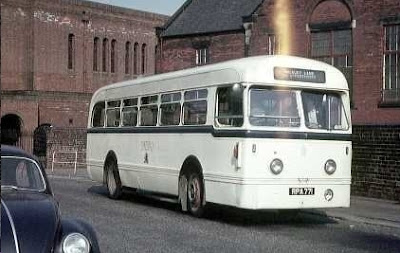 Another marque; best travelled on after a large breakfast in a Little Chef! 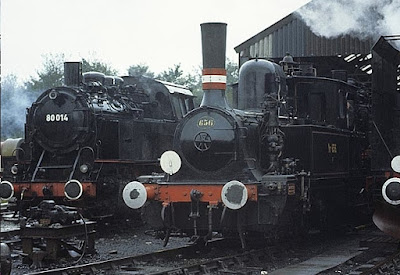 The city which hosts this preserved line with a large collection of "foreign" locomotives. 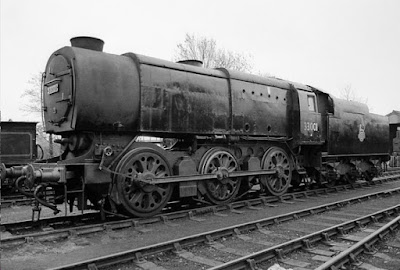 A wartime "utility" loco but also a breed of bus. 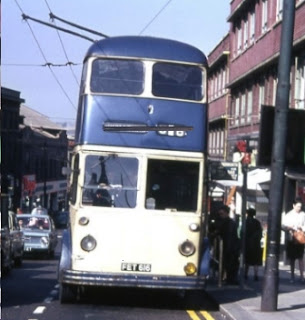 Another letter to the Sheffield paper. It does illustrate the problems caused when a bus company make changes. Let us examine what this writer asks for.

Bus services in the Ecclesfield area need to reverse back to where they were. The elderly and disabled cannot get to Morrisons because of the removal of the No 79 Stagecoach, which was their lifeline, because it took you to the door and back. As it is now, they have further to walk and end up elsewhere.

It is true that from some parts of "greater" Ecclesfield you ca no longer get to the door of Morrisons. But other areas have gained this link. How this balances out is not clear, but most residents have no problem.

Also the numbers 53, 97, 98, 75 and 35 need to be re-instated because people rely on these services.
None of these routes has changed. All the roads served previously and still served but with different numbers. Very few people (if any) have lost a service completely. fbb has travelled on the new 35 (reduced headway); it was not well used. But neither was its predecessor route 17.

Early-morning workers cannot get to work at Meadowhall because they have changed the 35 route, which took them there. Please put these routes back to normal. They should have left them as they were.

And continued yo lose money until even more were withdrawn. Sadly, people still don't understand that buses are a business which MUST make a profit to survive. Of course extra services clould be provided by council subsidy; dead easy. Higher taxes!

Now the buses are frequently missing, out of use, or late turning up.

There have been reliability issues which are being addressed by timetable tweaks in January 3rd.

Get them back to how they were.

It’s no joke when you are standing in the cold and buses are missing. Please put the 35 route on to come down Monteney Road for the early workers and if possible, minus school kids.

So throw the schoolkids off the bus and make them walk. That will go down a bundle with the parents of Ecclesfield.

This is the PTE note from the January timetable non-leaflet. It is drivel, of course; but the partners are trying.

Since the Sheffield Bus Partnership network changes took place on 1st November, we have received feedback that capacity and punctuality along the route is causing issues for customers. We would like to apologise for any inconvenience caused and would like to reassure you that we are working hard to improve your service.

Following comments about the punctuality of the service, The Bus Partnership will be making amendments to the timetable to ensure better punctuality in the morning and afternoon rush hour periods.

We want to thank all of our customers for bearing with us during the bus network changes. We will continue to monitor customer feedback, service punctuality and reliability to improve your public transport experience.

13th
Is Christmas anything to do with Christmas? 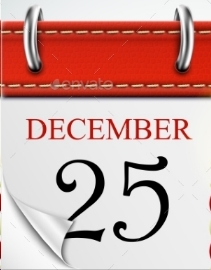 One thing is absolutely certain. Jesus was not born on December 25th. In Bible times, ordinary people did not have clocks or reliable calendars as such. Life revolved round the sun, the moon and the seasons. There is a (undocumented)  tradition that Jesus was conceived on 25th March which might give a Birthday of 25th December.

But, realistically, as the Christian Calendar was being developed, the gift of the light of the world had affinities with pagan ceremonies whereby the hope of spring is anticipated in the darkness of winter.Yule ... 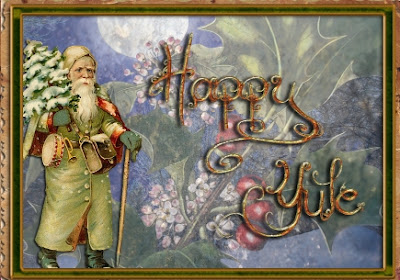 Se we celebrate the birth of Christ, the gift of Emmanuel, at an arbitrary time because there is no record of an exact day of the year. Northing wrong with that - even the Queens has an official Birthday as well as a real one! But there are many who regret the clutter that detracts from the core of the Christian Faith. 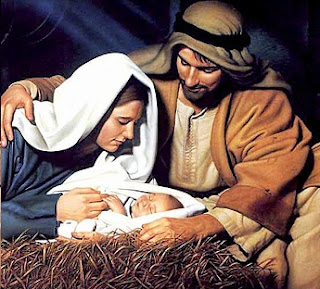 Long time ago in Bethlehem
So the Holy Bible say
Mary's boy child, Jesus Christ
Was born on Christmas Day.

Next ferry blog : Monday 14th December
Posted by fatbusbloke at 02:00