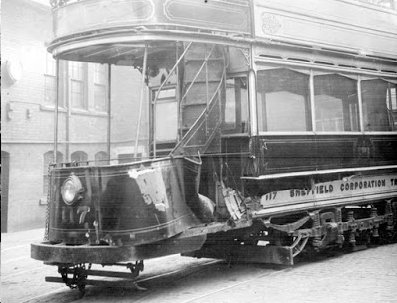 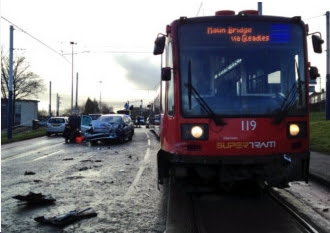 It is less common for trams to collide with other trams. Most tram systems work on a "drive on sight" basis, just like driving a car or a bus. Junctions have special tram signals ...

... but the driver has to react to the traffic conditions around him. It would appear that reactions were not as slick as they should have been back in October when two trams collided at Shalesmoor. 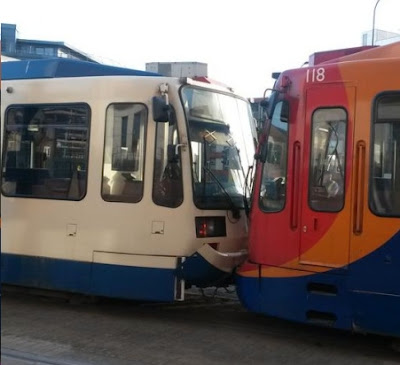 The prang, it was reported, was at a speed of 10mph which doesn't sound much. But lumps of metal weighing several tons and full of people will collide with significant force. Trams are designed to absorb impact by crumpling but the hard work begins when the mangled front/back ends have to be uncrumpled.

Thus Sheffield is currently two trams down. One is having a substantial rebuild whilst the other has suffered a series of technical faults which have proved vexatious to fix. In the days of Sheffield's original trams, a welding torch, some insulating tape and a good hefty bash with a lump hammer were the main methods of repair. But nowadays it's all technical, complicated and takes ages!

So here is the official announcement:-

As a result of reduced tram availability, we are making additional changes to the Purple route from Monday 7 December until further notice.

The replacement buses will start running at 0622 from Herdings Park (slightly earlier than the usual 0625 tram service) and continue every 20 minutes throughout the day. (As the replacement bus is more frequent than most trams, bus times will be different to the usual tram times - please see timetable information below). Click for larger view.

On Saturdays, trams run as normal FROM Herdings Park but at different times FROM City 'cos, it would appear, they're not running to Meadowhell.

A blog correspondent embedded in the depths of Stagecoach Supertram's operations departments has been temporarily promoted to an "infomed source". He reports that the big problem (there are plenty of small ones!) is getting trams, buses and cars through Hillsborough. 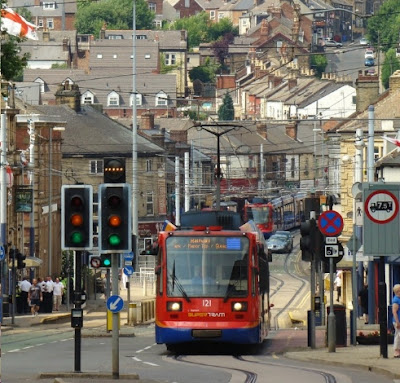 There was no room for "reserved" track and only minimal traffic regulation changes could be made without diverting cars and buses round inadequate (or non existent) roads. It is a major "pinch point". 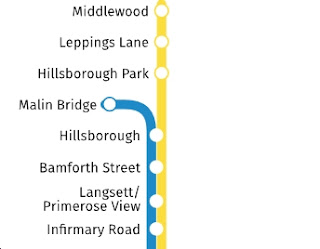 Ironically, one candidate for exacerbating the situation is the Hillsborough Interchange and bus service 52/52A.

And then there are the motorists who ignore the bus and tram only lane.

Delays can be up to 25 minutes on any tram journey. The standard procedure for solving this has been to inject extra trams to "recover the service". But without extra trams, injections are not possible.

Delays cause bunching, crush loads, thus further delays and much grumbling from the paying customers.

So a brave decision was taken to rob Purple Peter to keep the Yellow and Blue Pauls happy. To what extent the lack of extra capacity on the Yellow line to Meadowhell will cause problems as Sheffielders flock to enjoy (?) their Spendmas retail excesses in the big mall remain to be seen.

And when will it all end. Presumably when the bent trams are back in full working order.

We aren't currently able to offer a date for resumption of normal service on the Purple route but further updates (when available) will be shown here and on our Twitter page @SCSupertram.

And non Sheffielders may wonder why there is a complex junction at Hillsborough at all. Politics, dear boy, politics. The Supertram was a political concept designed to provide improved mobility and regeneration for key corridors in the city. The tiny leg to Malin Bridge was what was left of the proposal to run trams up the hill to Stannington. But the Stannites wanted none of they newfangled trams clanking past their property.

But the spur provided a useful place to turn half the service along Infirmary Road and include a 100 place Park and Ride.

Of course many Stannington folk are now asking why they cannot have a tram by extending the Malin Bridge spur!

But Hillborough Corner was always busy with trams! 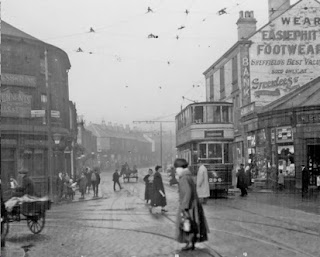 But back then, the all conquering motor car was not a threat. That came later and, in part, brough about the end of Tram System the First.

Maybe a more drastic solution is needed in our busy cities. fbb does have a passing interest in public transport in Delhi, an interest around by a Downloadable "App" of some 900 timetables. Read again (here) and (here).

The App sends fbb occasional news items relevant to the transport network. This popped up yesterday. 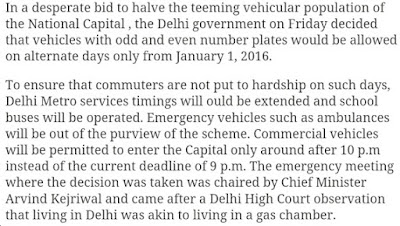 STOP PRESS
Thanks to blog correspondent Roy, a picture of the tram replacement bus at Gleadless Townend. 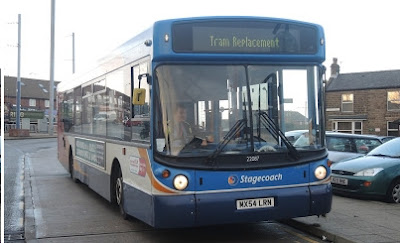 If you are making up an alphabetical quiz of Bible characters you will search in vain for a Q. Until you come to Luke's Gospel.

At that time Emperor Augustus ordered a census to be taken throughout the Roman Empire. When this first census took place, Quirinius was the governor of Syria. Everyone, then, went to register himself, each to his own hometown. Joseph went from the town of Nazareth in Galilee to the town of Bethlehem in Judea, the birthplace of King David. Joseph went there because he was a descendant of David. 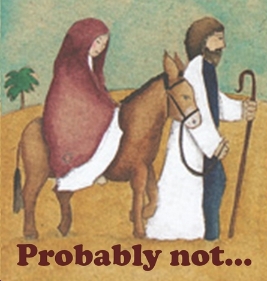 He went to register with Mary, who was promised in marriage to him. She was pregnant, and while they were in Bethlehem, the time came for her to have her baby.

Luke's chronology may be a bit a bit dodgy (apparently there were no "rolling news" programmes on TV back then!) ...

... but we do know quite a lot about Quirinius.

Publius Sulpicius Quirinius (c. 51 BC to AD 21) was a Roman aristocrat. After the banishment of the ethnarch Herod Archelaus from the tetrarchy of Judea in AD 6, Quirinius was appointed legate governor of Syria, to which the province of Judaea had been added for the purpose of a census.

Now we go with Mary and Joseph to the Stable. 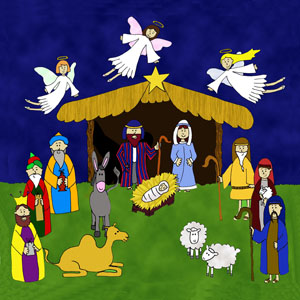 Next bus/tram blog : Wednesday 8th December
Posted by fatbusbloke at 02:00