Route 503 runs from Halifax to Huddersfield via West Vale and Elland. 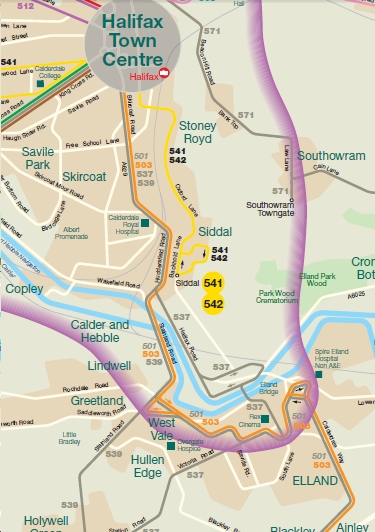 It has its origins in a joint Hudderfield and Halifax Corporation route of old, renumbered 503 in the West Yorkshire PTE county-wide renumbering scheme. 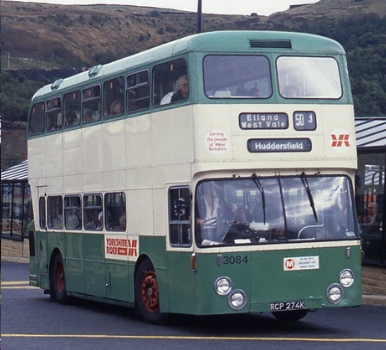 Note the cunning way the route number is wiggled into a two-track blind display and note also that the bus above is pictured below in Keighey Bus Museum "awaiting restoration". 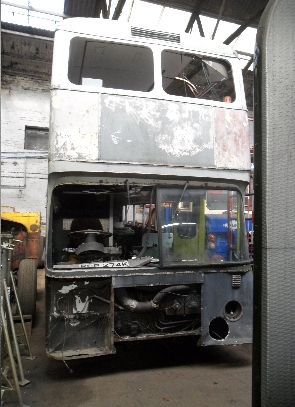 The 503 has been branded variously in the past. It was an "Overground" Orange Line ... 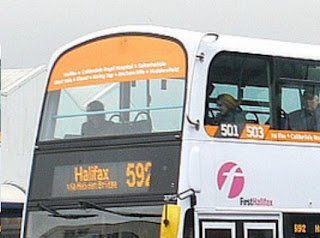 ... varied later by adding huge 503s to ensure that passengers couldn't see out of the windows. 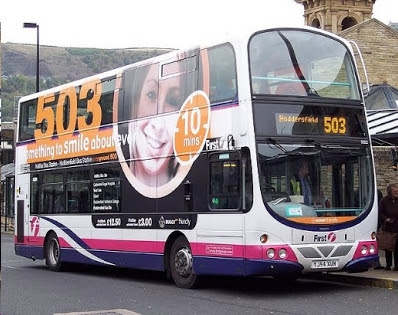 Co-incidentally it was the above bus (YJ64 XUN) that presented itself recently for the launch of the new "Zest" brand. 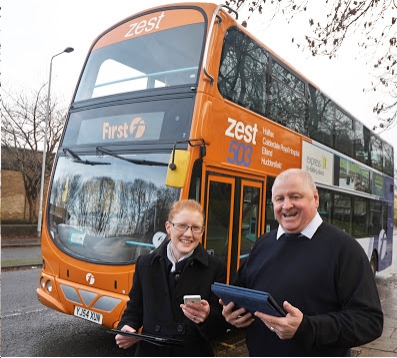 First have been ecstatic about their refurbished buses ...


We've invested over £4000 per bus in the new initiative to encourage more people onto our buses. Take advantage of our great value fares, including the £10 Halifax weekly ticket which is valid all the way between Halifax and Lowfields roundabout, Elland.

MP for Halifax Holly Lynch (she doesn't seem old enough to be an MP!) welcomed the new initiative, "This move by First Bus is great news for customers. Improvements like this encourage more people to take the bus which helps reduce the use of cars, ease congestion on local roads and improve air quality."

Dave Randle, our Halifax Operations Manager, said: "We're delighted to introduce this exciting new 'Zest' initiative for customers that refreshes the travelling experience with the convenience of free Wi-Fi and the comfort of new e-leather seats." ("e-leather", which, being interpreted, means "plastic"?)

Note how the two stars of this "picture-bite" PR shot are both clutching their tablets; having taken some to make them grinningly happy.

For the record, the service has been "frequent" (every 10 minutes or less) for some time; here is a timetable extract from c 2000 courtesy of xephos ...

... and an extract from today's schedule.

Readers are invited to dream up slogans based on the word "Zest":-


I am / I'm not (as appropriate) impressed
With First Bus Zest

No prizes are offered, just a bit of festive fun! 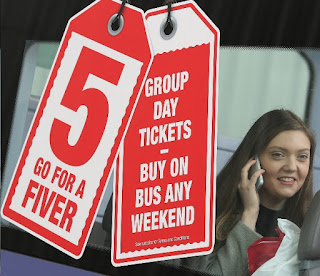 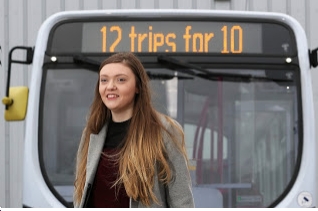 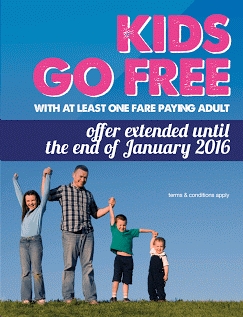 In launching the NATIONAL campaign, which lasts throughout January, First Bus wants to maximise passenger numbers during January sales season, but also wants to inspire people ... 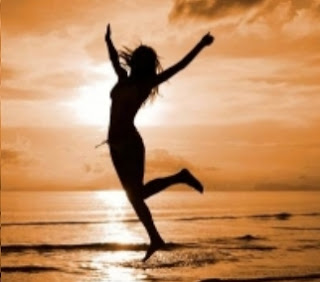 ... to consider their New Year resolutions and use the bus more frequently.

Each First Bus business across the UK will run one of the following promotions throughout January:
· 12 trips for the price of 10 when purchasing a 10 journey ticket
· Buy a First Day ticket on Saturday, go free on Sunday
· Group/Family tickets : 5 travel for just £5 at weekends
· Kids travel free at weekends

Giles Fearnley, Managing Director of First Bus, said: "Our January promotion marks the first national fares campaign across First Bus and reflects our commitment to continue the drive for passenger growth. We're launching the promotion at the perfect time as people form their New Year's resolutions, travel to the January sales or search for family friendly activities to keep the children entertained."

The First Bus fares campaign is already being promoted via a range of advertising channels including traditional on bus poster and eye catching exterior bus vinyls. First Bus will also rely heavily on digital marketing, including Facebook and Twitter advertising, which will launch from 31 December.

Firstly, the idea of a group-wide offer is excellent; it is just a pity that the offers are not the same for all companies. the media would have sat up and taken notice if the offer were truly national. Maybe next year?

Secondly, and perhaps more worryingly, we hope this will NOT be a precursor to a national fares rise in February!

FESTIVAL : A day or period of celebration, typically for religious reasons. Middle English (as an adjective): via Old French from medieval Latin festivalis, from Latin festivus, from festum, (plural) festa 'feast'.

So a festival is when we feast - feast-ival. The idea of celebrating a religious event or person goes back beyond the mists of time. But in the Bible, the first universally commended feast-ival was the meal of lamb and yeast-less bread that preceded the Hebrews' escape from slavery in Egypt. This "Passover" meal later morphed into our modern Communion celebration.

The Communion is the great visual aid; reminding us of what Emmanuel came to do.

But why feast on Turkey? 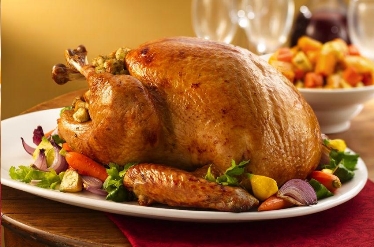 Nothing to do with Christmas as such, turkey was an american "bird of celebration", de rigueur on US Thanksgiving Day (November 26th) which dates from 1789. Although once a meal for the rich, it has only become readily available since the entrepreneurial and bootiful marketing by people like Bernard Matthews

But best, and especially for Mrs fbb, in Scotland it is called a Bubbly Jock. Only in English and its derivatives is it called "turkey".

But, of course, the big question remains. On Friday 25th, as we eat our whatever it is called, what exactly will we be celebrating? Or, to put it more naïvely, "Will we be inviting Emmanuel to his own birthday party?"

Next bus blog : Wednesday 23rd December
Posted by fatbusbloke at 02:00