This two blobs above the "a" are an umlaut, a diacritical mark which changes the sound of the letter. In the UK we should say mare-klin; but nobody even does.

The company was founded in 1859 and is based at Göppingen in Baden-Württemberg (Germany). Although it originally specialised in doll house accessories ... 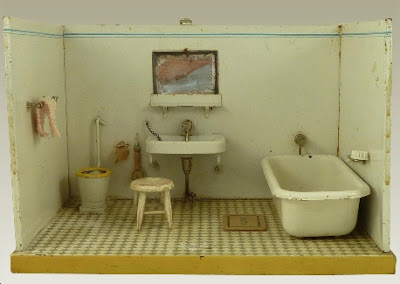 ... today it is best known for model railways and technical toys. In some parts of Germany and in Sweden, the company's name is almost synonymous with model railroads.

In 1891, Märklin defined gauges 1-5 as standards for toy trains and presented them at the Leipzig Toy Fair. They soon became international standards. Märklin followed with 0 gauge (by some accounts as early as 1895 or as late as 1901) ... 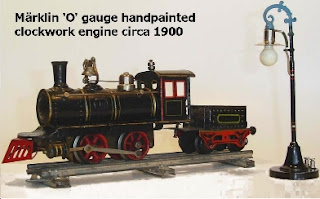 .... followed by HO scale in 1935.
It was the development of small electric motors that made it possible to move into the "table-top" market.

In 1976 they introduced something much, much smaller; of which more tomorrow.

Over the years, the company has manufactured constructions sets ... 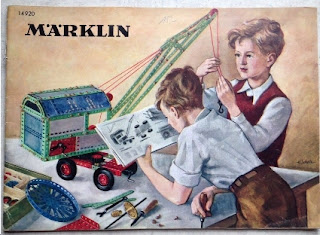 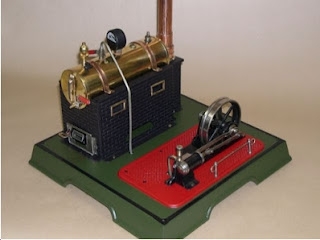 ... and tinplate model cars; notably a range of wind-up racers. But it is the extensive (and that is an understatement!) range of model railways that remains its best known output. 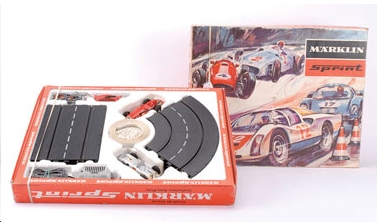 The company has had an up-and-down history in recent years. In 1997 it bought Trix and in 2007 LGB, manufacturers of "G" scale garden railways. 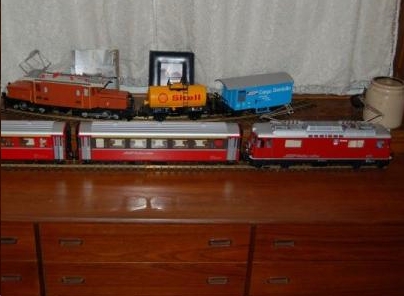 For bigness, compare the coaches with a standard set of drawers below!

Meanwhile in 2006 this family-owned firm sold out to a UK Investment company. In 2009 they filed for bankruptcy, but recovered and returned to profit a year later. The German toy conglomerate Simba-Dickie bought Märklin in 2013.

fbb is sure that his readership would like to find out how  Simba-Dickie make their famous "Big Bobby Car".
There is an English version on YouTube - but it's not so much fun.

Tomorrow, we look at Märklin model railways today. We wonder at the detail and we shudder at the price!

We also study (subtle joke for those in the know) the company's unique system for powering its HO (3.5 millimetres to the foot) range.

5th
Of course it was a tale of mixed reactions. Mary was a teenage "girl" betrothed to an older man, Joseph. We tend to use the word "engaged", mirroring today's practices but a new testament betrothal was much more akin to a trial marriage. Being pregnant before time was a huge shame and Joseph should, by right have "sent her away" to an ostracised life of begging as a near outcast.

Praising God for that possibility was a brave decision ...
... if Mary's angelic encounter was unreal.

Joseph was a man who always did what was right, but he did not want to disgrace Mary publicly; so he made plans to break the engagement privately. While he was thinking about this, an angel of the Lord appeared to him in a dream and said, “Joseph, descendant of David, do not be afraid to take Mary to be your wife. For it is by the Holy Spirit that she has conceived."

We have no need to get into a fankle about "The Virgin Birth". Either God exists and, as God, is not limited by space, time or even the laws of physics; so a Virgin Birth is a doddle Or (of course) the whole thing is potty from beginning to end.

If that's the case we are all potty for celebrating CHRIST-mas. Let's call it SPEND-mas.

But if there is even the remotest possibility that it is true ...

Next bus blog : Sunday 6th December
Posted by fatbusbloke at 02:00