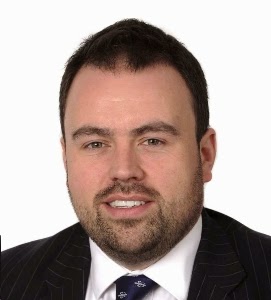 You may never have heard of Chris Loder. He is head of Business Projects at SouthWest Trains and was speaker No 4 at the TravelWatch SouthWest general meeting at Taunton last Saturday. This multi talented lad is also a West Dorset County Councillor ...

... with a purview that includes the village of Ryme Intrinseca!

Ryme Intrinseca** is a village and civil parish in northwest Dorset, England, 4 miles (6.4 km) south of Yeovil and 1 mile (1.6 km) west of Yetminster. It is sited on a low ridge of cornbrash limestone on the edge of the Blackmore Vale. The name means the inner, or home, part of the Ryme manor as opposed to the outer parts, once called Ryme Extrinseca. In the 2011 census the parish had a population of 115. 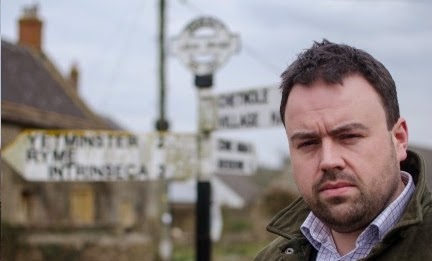 So he can't be all that bad!

Again, his remit at Taunton was to look at rail's contribution to the economic development of the South West.

The chat began with a brief overview of SouthWest Trains services in the area ... 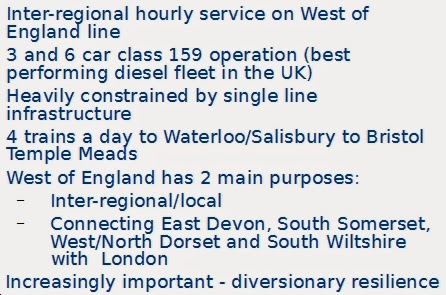 ... noticeably brief because there only is the Waterloo to Exeter Line and a few trains from Waterloo via Salisbury to Bristol. The latter were introduced as a way of getting folk to Waterloo's Eurostar terminal but they still remain a franchise requirement despite Eurostar's relocation at St Pancakes.

So we had a brief review of the study area which, surprisingly, has some affinity with young Loder's political area of influence and loyal service! 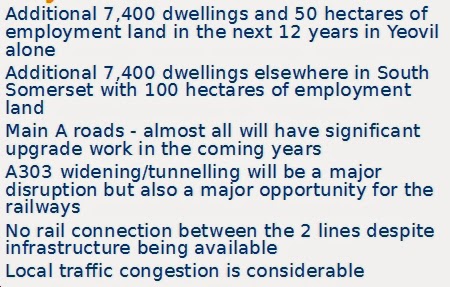 It all looked pretty standard, and frankly tedious stuff. We've heard it all before; we need more investment, more trains, more tea trolleys, more platforms at Waterloo, a double deck Clapham Junction and double deck trains. Not much to ask in an election year!

And if only there were an effective connection between the two lines at Yeovil Junction (main SW line and Great Western bumble train to Weymouth) then many trips would be easier by train than by road.

fbb was just about to have a post prandial snooze when this slide came up:- 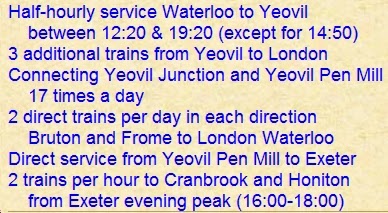 fbb came out of his cynical reverie with a start!

Or was it all a dreadful dream brought on by too many deep fried chicken goujons and mysterious balls of sludge labelled "vegetarian"? 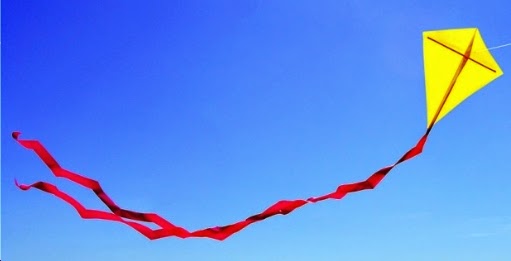 If we get more money? 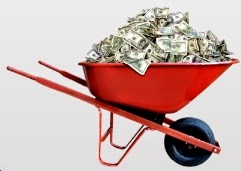 For the weekend, there's a new (sort-of) bus service
starting on the Island and something exciting will occur
in Northampton. 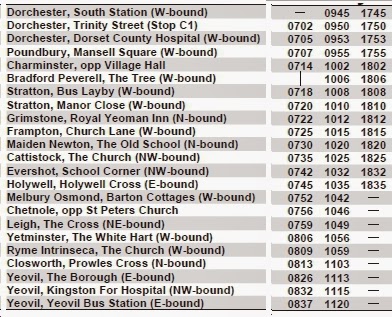