Old One, New One and Red One [Two]

Back to the Future 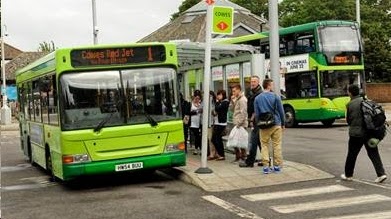 Isle of Wight bus company Southern Vectis has announced plans to invest more than £1 million in new buses for one of its main routes. The plans for the Number 1 Cowes and Newport service include investing £1.2 million in four new single decker buses and four new double decker buses.

Southern Vectis general manager Matt Kitchin said: "In our December 2013 survey, customers were very clear about the enhancements they would like to see on this popular service and we have listened to them. We are proposing to introduce a number of changes to Route 1, including brand new double and single decker buses. This would mean more seats during busy journeys. The changes are due to come into effect in March 2015, so now we want to know what our customers think of our proposals." 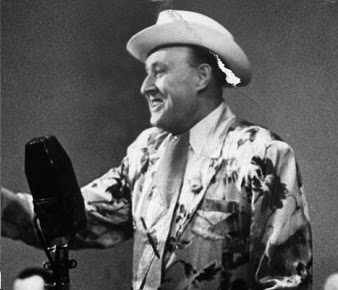 Miller, known as the Cheeky Chappie, stood out in the drabness of the Forties and Fifties, not least for his flamboyant attire; the gaudy plus-fours, decorated jackets and ties, white trilby hat and diamond-topped walking stick. He died 50 years ago last Friday.

Southern Vectis had 500 replies to its "consultation" undertaken in December last. This was in response to a proposed timetable change for the Cowes service. SV actually (and bravely) published the full proposed timetable. And, there's that funny thing, the timetable which starts today is exactly the same as the poposed one. 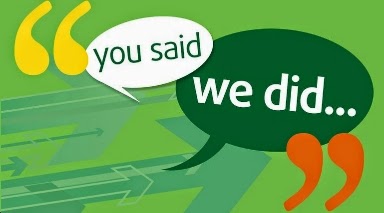 Never undertake a consultation unless you are sure that you will get the answer you want.

The launch was impressive (fbb was not invited!).

A selection of vehicles was lined up including two new ones. The new timetable for the service 1 has a hint of history about it. Because; the Monday to Saturday timetable will feature a bus every 15 minutes to Cowes Co-op. These journeys will be run by new double deck buses. 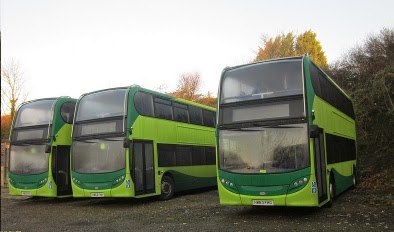 Separated out from the "normal" route 1 will be a new route 1 a bit like part of the old route 1. This will have new single deck buses and will run every 15 minutes to the Pontoon calling at the Co-op on the way back, just like the old one. 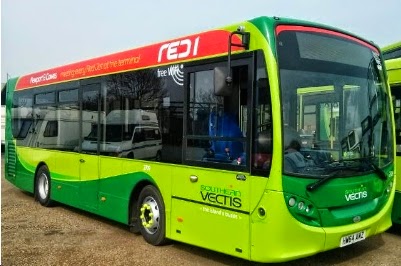 The route will be branded Red 1. And here is a timetable extract.

All buses now serve the diminutive Park and Ride ... 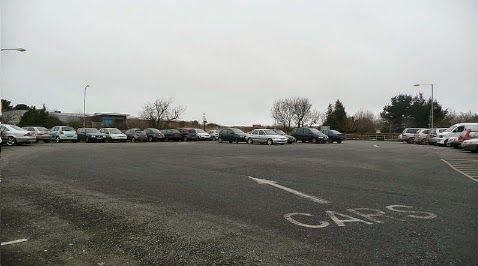 ... with 8 buses an hour (formerly four) usually picking up and depositing thin air. And, yes, that is pretty much all of the park and ride site. The new map shows how route 1 has been separated from route 1 (the red one). 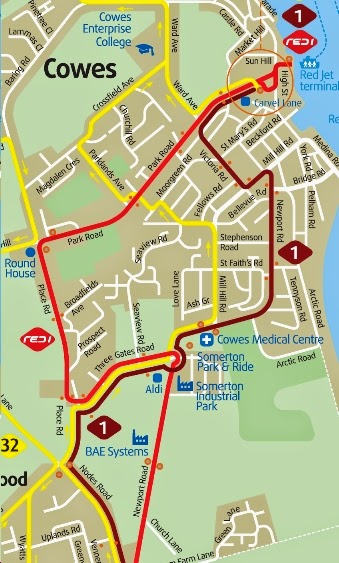 Will this scheme be better? Under the old timetable you could, if you got on the wrong one, travel round the terminating loop to your required destination. 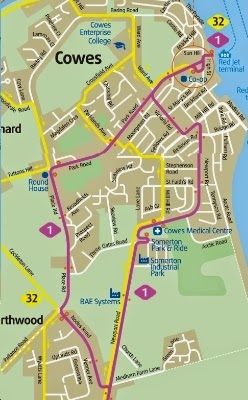 Now you can't. The new old one is quite separate from the new red one; like it always was in the traditional days of the the 1 and 1A. The company makes much of the extra capacity on the new double decks, but those extra seats now roll along every 15 minutes instead of every 7/8.

And there are still four buses an hour to interact with the hourly ferry.

fbb predicts that at the next rethink there will be two 20 minute double deck services to the Co-op and some peak hour express journeys for the Pontoon. All numbered one, of course.

Back to the future indeed. 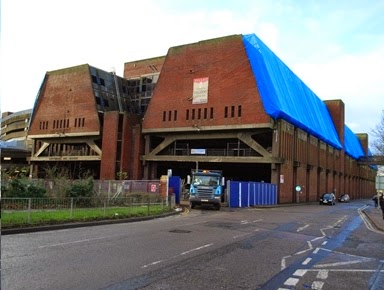 Today's the day that the former Greyfriars bus station is to be blown up. As the hapless councillor Mackintosh said about a year ago, "we will take the bus station down brick by brick so there will be no road closures and no disruption" 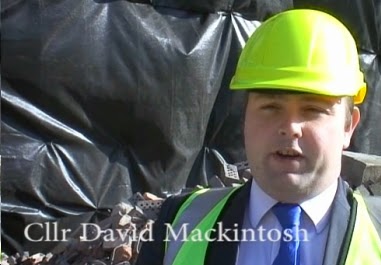 The company in charge of the demolition, DSM Ltd, said that bringing the 1974 building down ‘brick-by-brick’ as originally intended, would be too costly and time consuming.

Today, then we have a massive "exclusion zone" (yellow roads on map), residents are being evacuated from properties all around the area and the Grosvenor shopping centre will be closed "for the duration". 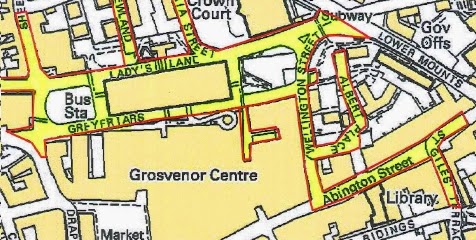 Letters have been set to all residents and businesses in the exclusion zone to explain what the arrangements will be on the day and what they will need to do. Businesses within the exclusion zone, which includes the Grosvenor Centre, will be closed but will be able to open as soon as the demolition is complete and the all clear given. The roads will be cleared up and opened shortly afterwards.

The Grosvenor Centre and Mayorhold multi-storey car parks will be closed from 6pm on Saturday 14 March, but will also reopen as soon as it is safe to do so after the demolition. Wellington Street, Upper Mounts and Campbell Square car parks will also be closed on Sunday 15 March and will reopen later in the day.

So no disruption, then.

fbb hopes to bring pictures tomorrow and the actual demolition will be available live on-line by video link. If you can see anything for the dust!

So nothing can possibly go wrong?

Video entitled "Thy Blew up the Wrong Building"

But tomorrow, fbb reports on something really, really stupid.

Next technology blog : Monday 16th Match
Posted by fatbusbloke at 02:00