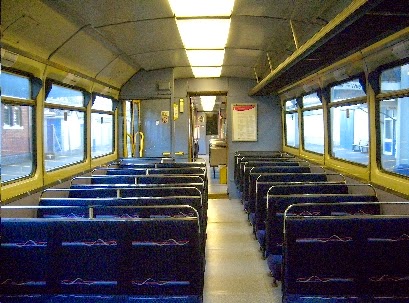 As delivered, Pacers were, indeed, a Leyland National bus on a rail chassis. They were wider but used standard side panels. The extra width allowed five bus seats across, adequate for short-hop local journeys but intrinsically uncomfortable in all directions for inter-urban use.

So the Pacers were refurbished with "better" 2 + 2 seats. 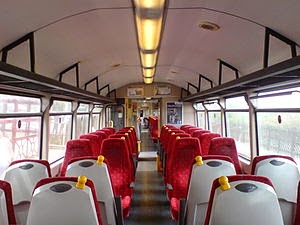 The seats were certainly more comfortable, but the vehicles still bounced about like a ride at Blackpool Pleasure Beach. 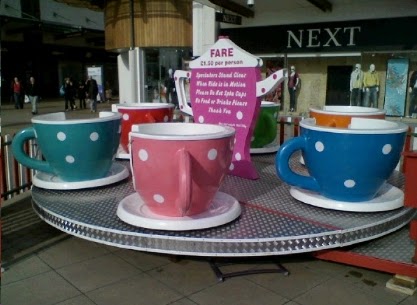 We now know "officially" that the government (via its ministry DaFT) has told the bidders for the next "Northern" franchise that they must provide for Pacer Replacement. This is an extract of the "official" letter from one government "grey suit" to another. Click on the extract to enlarge it.

What the letter does not explain is how the bidders are going to do it. "Cheap" diesel units simply don't exist and replacing the Pacers will necessarily  increase tender prices at a time when HMG wants to reduce the amount that it pays to the railways. Time for a post-election "volte-face"????

So Porterbrook's idea of a more substantial fettling-up of these despised little trains might yet be a good business plan.

Details are outlined in their post "Buy Your Pacer's Here" brochure. 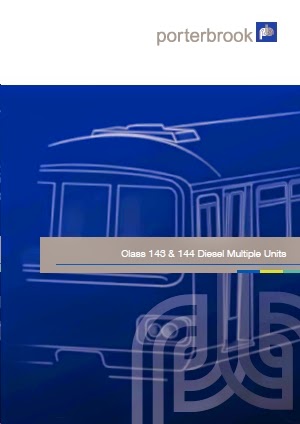 The big change is the fitting of a disabled toilet module. Two wheelchairs are accommodated at the "join" between the two cars and the gangway is widened to allow disabled access.

Note also the significant reduction in seating. That will thrill commuters into Leeds and Manchester but at least the "new" Pacers will comply with all the necessary regulations. And the computer simulation certainly looks OK. 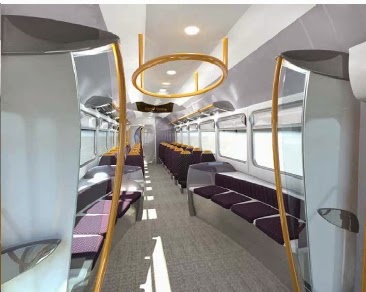 And, of course, thy will get "next stop" displays. 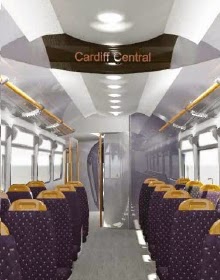 The refurbishment will ensure complicance and improve the travelling environment but what of the all important works under the floor. Porterbrook explains:-


The drive train of all Class 14X units has been completely re-engineered since their introduction so most of the key equipment is less than 20 years old. The modifications were started by British Rail and completed by Porterbrook, the while fleet being converted by 1995. The units capitalised on the success of the “Sprinter” series of trains for their new drive train while bringing in new equipment to overcome early problems. The components changed from the original build were:-

This means that given the same standard of maintenance these vehicles are capable of returning Class 15X reliability. A relatively recent modification to the vehicles has been done to improve crashworthiness by providing “crush tubes” between the vehicle body and underframe. The vehicles do not use the “integral construction” of larger vehicles but are constructed with a separate body and underframe. The body rests on resilient mounts on the underframe, providing a form of secondary suspension.

So the dilemma for Porterbook and the train operators remains "challenging". Mr Government wants new trains and nobody makes anything like the Pacers in terms of cost. An extra £800,000 upgrade will make the existing trains more costly to lease but much, much, LESS costly than leasing new ones.

But there is another scare story going the rounds. 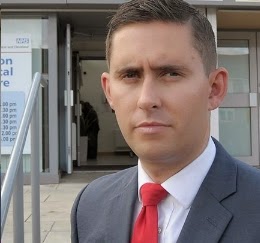 Mr Blenkinsop, who uses the trains which operate from Middlesbrough and Darlington to Nunthorpe and Saltburn, said: “The influential railway industry source, the Rail Business Intelligence Bulletin has become aware of a proposal to convert London Underground District Line D78 units (already 30-years-old and being decommissioned by London Underground) ... 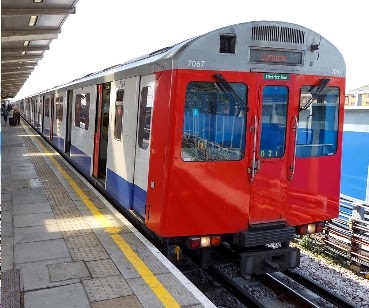 ... into diesel engine carriage sets for use on North of England commuter lines like the ones in my constituency.” 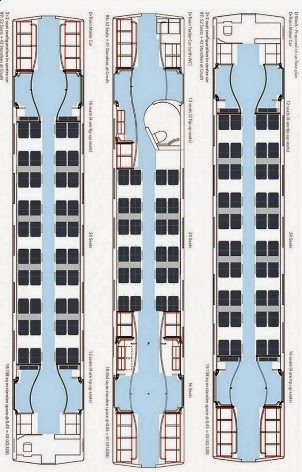 He continued: “This worries me as a local rail service user, we don’t want to see veteran trains replaced by equally ageing old London Underground trains which will be nothing more than vintage carriages with a diesel engine bolted on to them.

“I have a simple message to coalition transport ministers - just get rid of the Pacers.

Of course the Government says there are no plans for the D78s ...

Next bus/rail blog : Saturday 7th March
Posted by fatbusbloke at 02:00