The Naivety of Youth 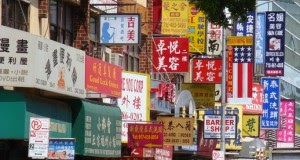 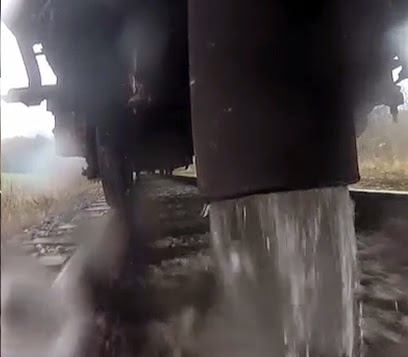 ... from and old-fashioned train WC. Old-fashioned it may be, but No 3 son (aged 34) was unwilling to believe that such primeval poo disposal was practised in 2015. Even a visit to the necessary "facilities" in a First Great Western HST struggled to convince the callow youth (?).

This from the "Londonist" web site:-

The problem is old trains. Since 1996, all new rolling stock has been fitted with tanks to contain passengers’ slops. But older cars still dump their loads directly onto the tracks, and often they do it in stations. According to the BBC, tracks at King’s Cross, Liverpool Street and Paddington all experience the charms of raw sewage, debouched from outdated trains.

The union is calling on train companies to invest in containment systems, while both the government and the Rail Delivery Group reassure us that they are investing in new rolling stock. Complete fleet replacement will take years, however. Until then, please mind the crap, and don’t flush in stations. 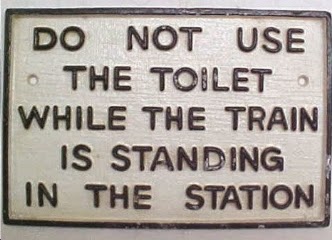 Then there's all those wires.
Signalling Surprise
No 3 son stood with his old man on Par Station. A westbound HST arrived with consequent activity in the splendid signal box. 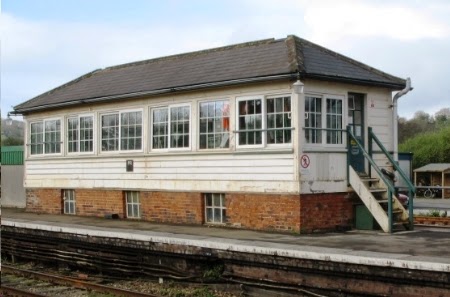 fbb explained that there was a man in there pulling levers. 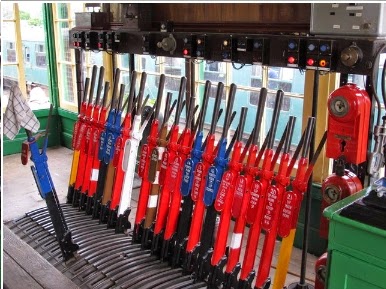 Further that the levers were connected to a huge mechanical gubbins called the "interlocking" in the room below the lever-pulling man. 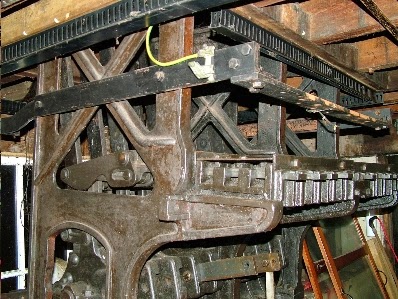 Then lengths of wire running on little pulleys ... 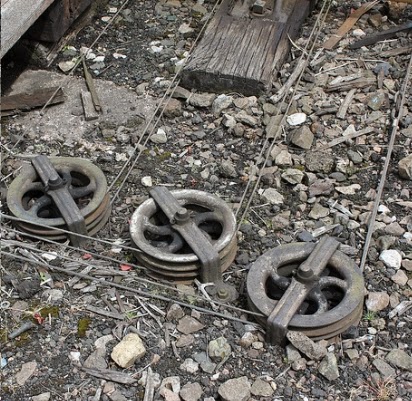 ... linked the levers to the signal arms.

This system, patient papa propounded, ensured that, for example, a signal could not be set to "go" if the points were set against the train. The lad was then escorted to the end of the platform to listen to the bell signals and watch the man pull "off" the down starter for the departing HST.

No 3 son was unwilling to accept that such a primitive procedure was the best that 2015 could offer.

Of course, nice Mr Cameron (?) has told the cheery Kernow folk that he will be renewing their signalling and replacing all this "heritage" equipment with nice shiny electronic stuff so that a half hourly service can run between Plymouth and Penzance.

Spot the (Bat and) Ball
Before commuting from Shoreham-by-Sea to Watford, No 3 always checks for chaos. On this day he spotted this:- 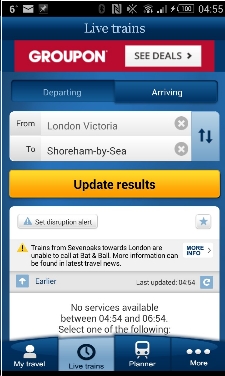 It contained the following note:-

Was this, he asked some mysterious recreational or staff educational activity? "No", replied fbb, "Bat and Ball is a station just up the line from Sevenoaks." 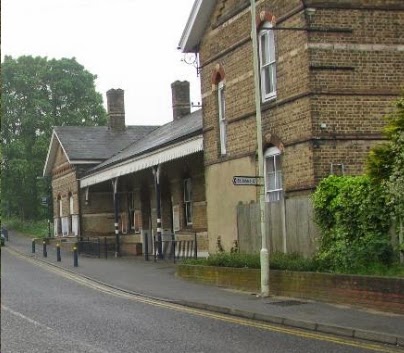 "I don't believe you," riposted No 3, "no-one could come up with such a daft name as that!" He's got a point. The station is at Greatness.

Bat and Ball station is on Bat and Ball Road, so called because an eponymous pub was located at the end thereof. 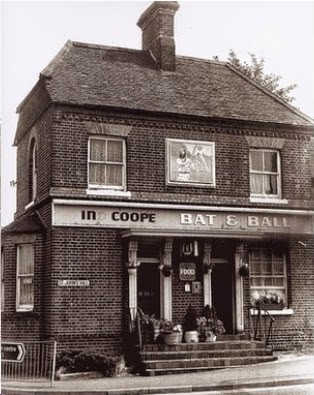 There is no obvious geographical reason why the pub should be so-called; no playing field, for example, on a 1930s map. 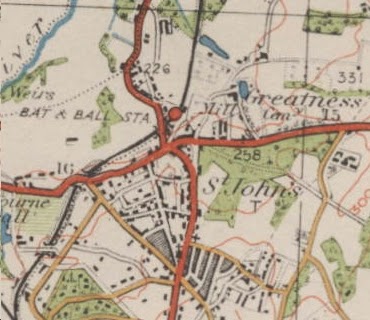 Perhaps a blog reader can fill in our lack of knowledge?

What did baffle fbb, however, is why trains could not stop at Bat and Ball station. The problem was clearly temporary and there are only two tracks so trains would have to pass through. 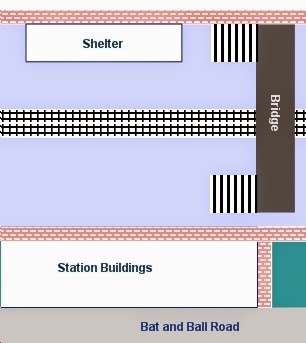 Perhaps somebody forgot to bring the keys to unlock?

No 3 son is still uneasy about all three.

But don't try to "have a jar" in the Bat and Ball. It has long since closed. 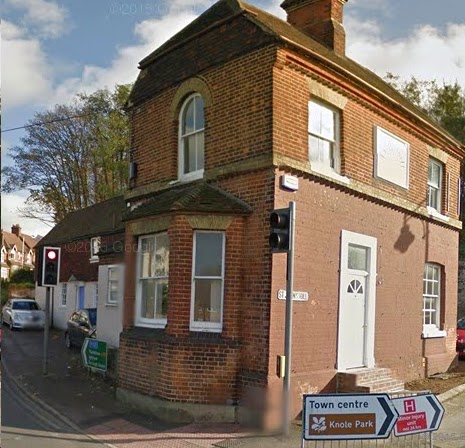 The two entrance doors have been rebuilt as one. Is nothing sacred?

Next bus blog : Sunday 22nd March
Posted by fatbusbloke at 02:00