Sound grand, doesn't it? Whether it is might well be yet another matter of opinion. In practice it is simply a string of bus priorities on existing roads. But it is also about regeneration.

Travelling west from the railway bridge at Glasgow Central was a series of quays and wharves on he northern bank of the Clyde. The Broomielaw was the departure point for the Clyde steamers. 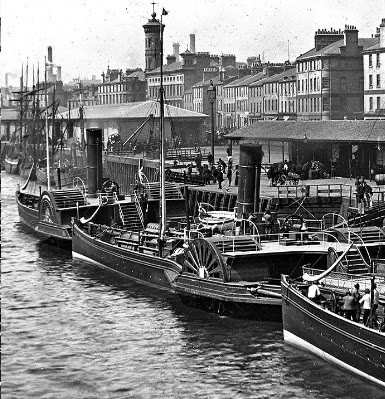 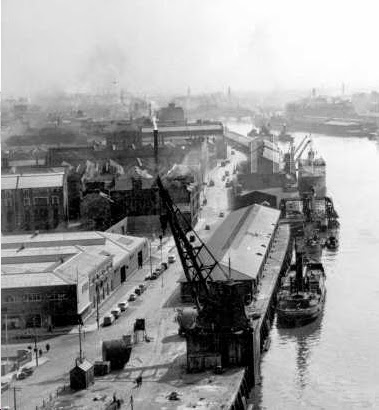 ... and Lancefield Quay were solid pack industry of warehousing whilst opposite were the shipyards and their associated docks. (click on the map to enlarge) 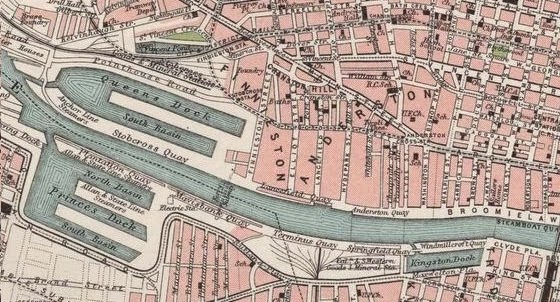 Princes Dock (lower left) was the site of the 1988 Glasgow Garden Festival. 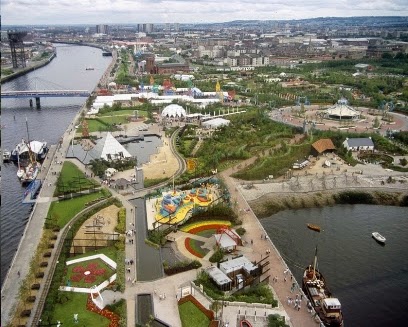 All these areas are in the course of development and the Fastlink bus project is designed to support this regeneration and provide links to the massive new "Southern General" hospital due to open in May. 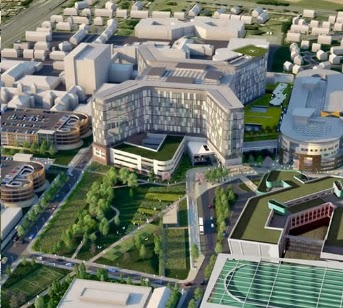 It all seems very exciting and encouraging.

But there have been significant delays in the project which was (as mentioned in the video) due to be open for the 2014 Commonwealth Games. 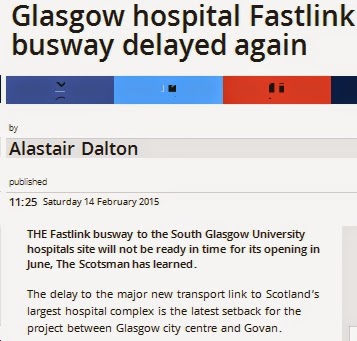 The official line is that the full Fastlink road scheme will not be open until several weeks after the hospital opens its doors.

The Fastlink busway to the South Glasgow University hospitals site will not be ready in time for its opening in June, The Scotsman has learned. The delay to the major new transport link to Scotland’s largest hospital complex is the latest setback for the project between Glasgow city centre and Govan.

A NHS Greater Glasgow and Clyde report to be discussed next week also stated: “Not all aspects of the work have been progressed...in time for the opening of the new hospital”. These include traffic changes in the city centre to give buses priority, and upgrading of the Govan bus-Subway interchange.

Strathclyde Partnership for Transport (SPT), which is jointly developing the scheme with Glasgow City Council, reported in December that it was due to be “delivered” by May. However, an SPT report yesterday said this would now be in “summer 2015”.

There is another problem. The bus operators have been less than enthusiastic about using it! The conditions of use require operators to use a standard Fastlink livery and comply with quality requirements for vehicles plus strict rules on reliability.

The rather poor map below shows the route for the first phase of what may expand into a city-wide scheme. 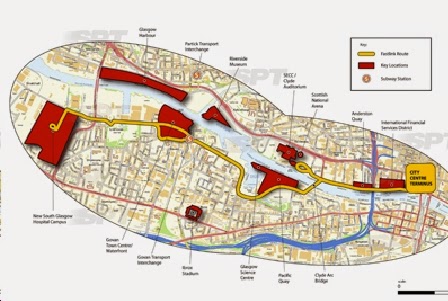 But news breaks of at least one operator offering a Fastlink route from early May and another operator competing against it with a similar start date. It would appear to be McGill versus First!