One of the delights of a return to railway modelling is that fbb can excercise the whimsies of his fertile imagination. The Peterville Quarry Railway, you will remember (why should you?), is meant to represent a fictitious preservation society's efforts to assemble, not a collection of locomotives, but examples of the many and varied types of passenger coach operated on the UK's lines.

Thus it was that famille Fearnley popped in on Saturday 28th ult for a mini Birthday bash. It was appropriate to launch the model "fun train"; a light hearted version of the open "carriages" enjoyed by the "lower orders" in the early days of our rapidly growing railway network.

Here is the ceremonial tape (source unrevealed, but guessable). 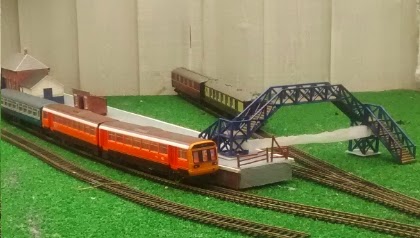 Here is Fearnley (junior) waving the train into the platform. 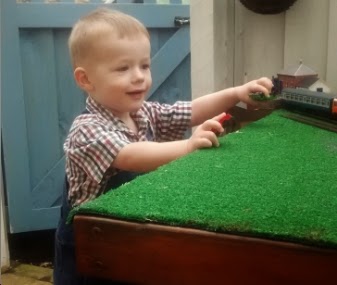 And the train does, indeed, break the tape without derailing. 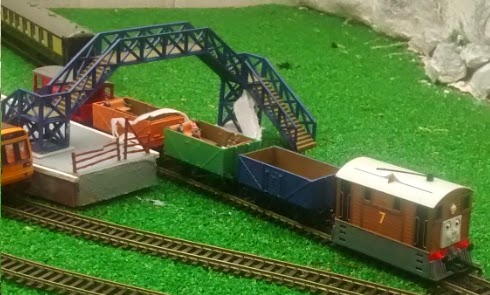 Later, the orange and green trucks are filled with additional people and the blue with a selection of farm animals to illustrate the rigours of early train travel! Note that the "doors" of the passenger trucks are painted a contrasting colour as per today's rules! 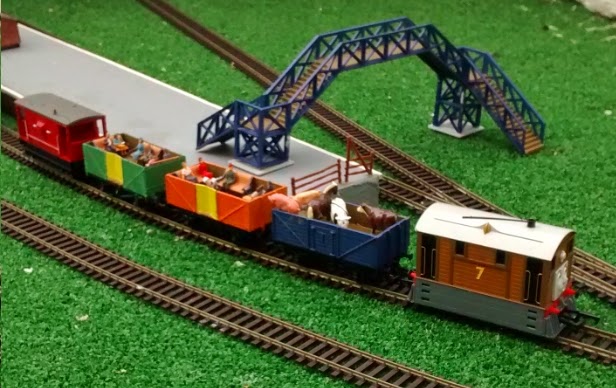 A re-creation of the Rainhill locomotive trials staged in 1980 illustrates the history. 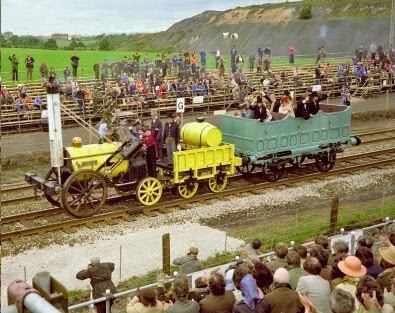 fbb is fairly sure hat the venom of Health and Safety jobsworths would be unleashed on any Preservation Society that tried to do this for real. The modern "Locomotion" train at the Beamish Open Air Museum has been "enhanced" with a complete up-to-date braking system! It is "hidden" in the front slope-sided mineral wagon. 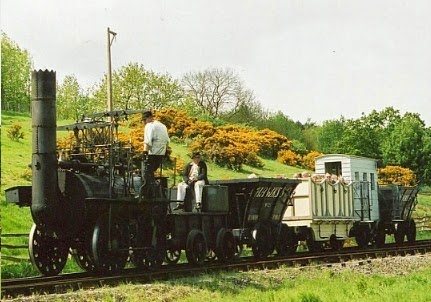 It won't be long before seat belts are required despite that fact that the train barely exceeds a brisk walking pace.

... are dire with one recently added expensive (and potentially unreliable) plastic toilet ... 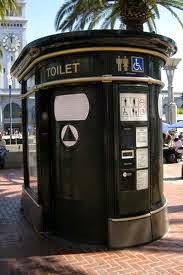 ... to hearten coach travellers. The waiting experience is appalling. Cue a picture used repeatedly by fbb. 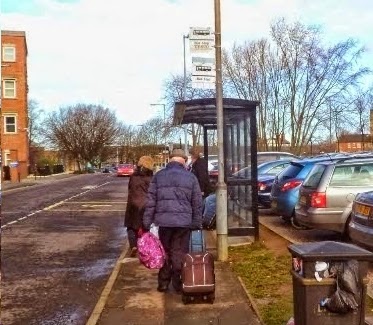 Now we hear that the town's politicians have come up with yet another cunning plan to cope with the too-small Northgate bus station. They re-investigating building  new coach (and possibly bus for some routes only) "interchange". Guess where?

In the evenings, most National Express services will vacate the lavish coachway on Victoria Street and stop ... 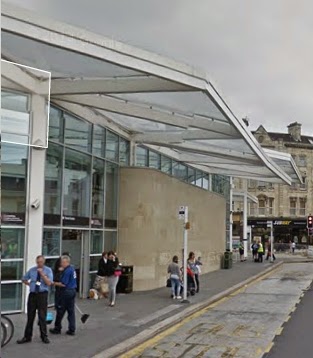 So, not only will NatEx passengers still be able to wait in the cold most of the time, they will also need to allow time to sprint between Northgate and Victoria Street to find their coach - more likely to miss their coach!

But if you turn left at the end there, you are in Sheep Street. At the junction of Sheep Street and Greyfriars is a nice bit of greenery which would accommodate a couple of bus stands. The back entrance to Northgate is on the right. 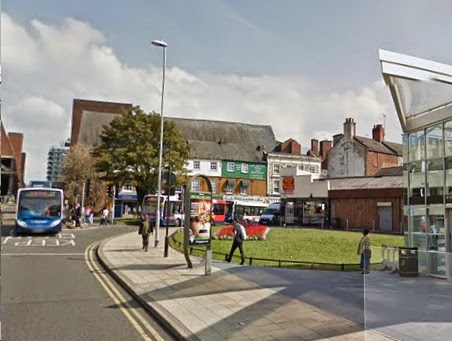 Move some infrequent bus services to here and make Stands 13 and 14 available for National Express all the time. No charge, Northampton Council, for common sense advice! 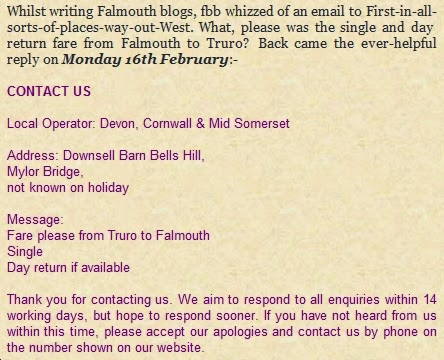 The 14 working days are very up, and not a dicky bird from Cornwall. Well it wouldn't be, because the team that is incapable of looking up a fare is based in Southampton. "Falmouth, where's that?" "Dunno, must be a hoax email." "What is First Kernow anyway?"

And a Higer Bus? 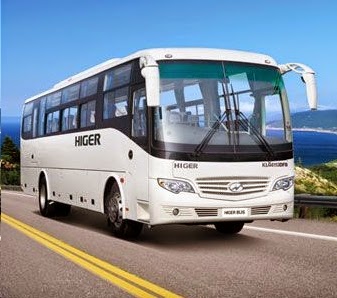 fbb though it was a misprint for a Higher bus! 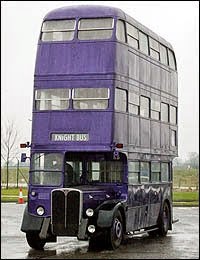 But, in fact, Higer Bus is Chinese.

First have got one to play with at Taunton (Higer not higher). Rumours on the street suggest that this is part of a complex and interwoven contract to transport workers to the new Hinkley Point nuclear power station site. The job is huuuuge with massive road works under way before even a tiny uranium rod is dropped by the roadside. 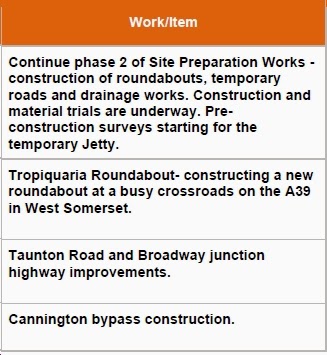 Hinkley Point is on the North Somerset Coast and nowhere near Hinckley in Leicestershire.

For every bus that ever there was
Will gather there for certain, because
It'll soon be the day that
EDF gets all nuclear.

Nuclear time for EDF
The Higer buses will have
A lovely time that day.
Watch them, catch them unawares,
And see them travel ev'ry working day.

See them gaily gad about.
They love to play and shout,
They never make any fuss;
At every shift the comany's managers
Will take them home to bed,
For each is a tired little Higer bus
If you go off to the coast today,
There's lots spent at Hinkley C!
The contract's huge so they say,
Big profits there's bound to be!

For ev'ry bus that ever there was
Will gather there for certain, because
It'll soon be the day that
EDF gets all nuclear.

First have, so far, announced that the Chinese bus is "on test". 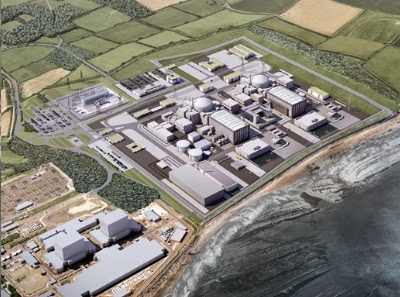 Next rail blog : Sunday 8th March
Posted by fatbusbloke at 02:00