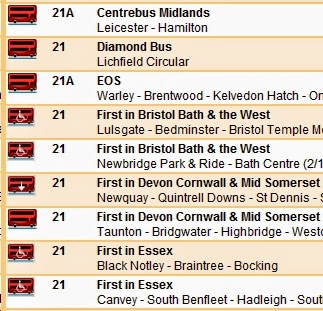 Over the last few years, users of Traveline's timetable search will have been mystified by the service's mangling of UK geography. Above, in Traveline South East, we have bus routes in Leicrster (East Midlands), Lichfield (West Midlands) and three 21s in the South West traveline region.


People who understand bus timetables will be well aware that Traveline is a poor tool; and a ridiculously expensive one to boot. The timetable index can be wrong ...

... as in 15 above. The data is over engineered based on an unnecessarily complex bus stop list called NaPTAN. 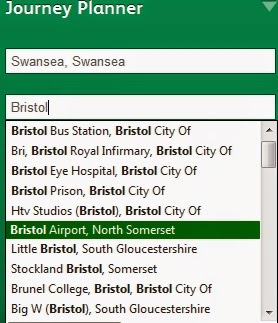 The algorithm that delivers the journey plans often produces answers that no sane bus traveller would ever contemplate. fbb has published many of these in the past. 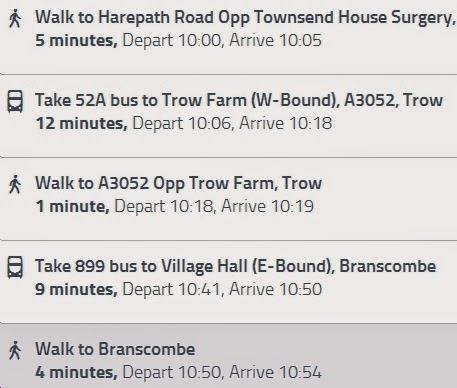 But Traveline is changing. It has gone National. The new front end at www.traveline.info answers national enquiries. Oh yes!

Lets try one or two. [Enquiries made last Thursday in Seaton but checked again on Saturday in Newport IoW] 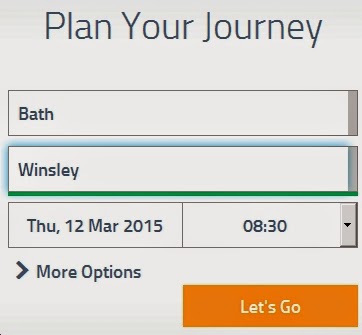 Back comes the answer ... 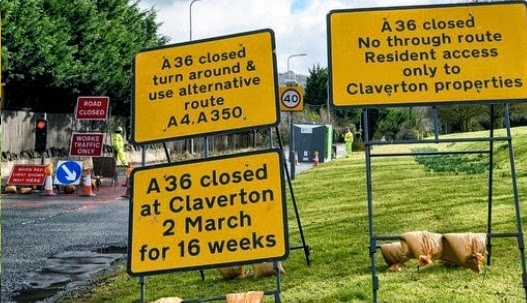 Possibly; but you can't be sure, can you? Where are the signs?

And didn't fbb explain it all on March 2nd, the day it all started? TWO WEEKS AGO! See "Service 265, Simply Broke at Limpley Stoke" (read again). What is worse is that Traveline South West's regional site, although incorrect at first, is now showing the diverted 265 and shuttlebus correctly on their journey planner. 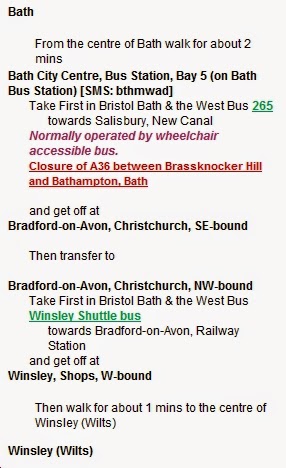 So "national" Traveline is not being updated properly. Inexcusable.

Now for the really bad news.

Correspondent Mr Aloysius Mole (may thanks, Al) has revealed a stunner.

The big bus groups are to open a national call centre to replace (?) the regional Traveline offices. This will save money, they claim. But, buses are essentially local transport; Traveline areas are far too large already and the above example already suggests that a national service is going to be of poor quality. fbb was given a hint that this was on the cards a couple of years ago but his informant did not have he full details; but now ...


Exeter to Bude
Here is a journey from the national pages for the new 6A. 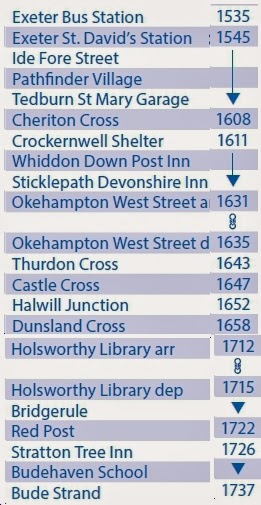 So the new all-singing all-stupid national call centre will offer you a journey that is only one-and-a-half hours longer than it should be. Great!

But there is an alternative to the daft answer, which is revealed if you ask for, say, Axminster to Bude. 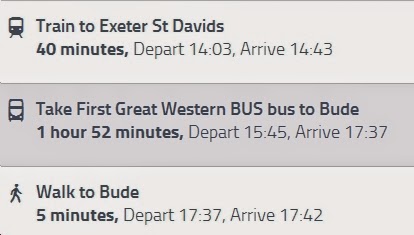 Utter tosh again! And this service started a modest THREE WEEKS AGO.

Let us review the situation.

The bus groups are setting up a national call centre
To give out local information
Based on an inherently flawed Traveline
Cobbled together to provide an even more flawed national Traveline.

And they will be charging us for the privilege.

The whole proposal is simply BEYOND BELIEF.

PLEASE Mr Fearnley, PLEASE Uncle Brian and PRETTY PLEASE to the bosses of National Express, GoAhead and Arriva, THINK WHAT YOU ARE DOING!

Newport Isle of Wight to Southampton 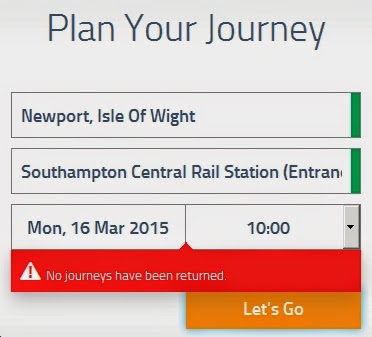 So much for connections with the ferry! Nuff said.

And another stupid decision ...

For a bit of background, blogged in 2011 well before plans for the useless Northgate were mooted, see "Bulldoze the Blighted Bus Station" (read again).

Of course, we now know that there is no developer for the Greyfriars bombsite. 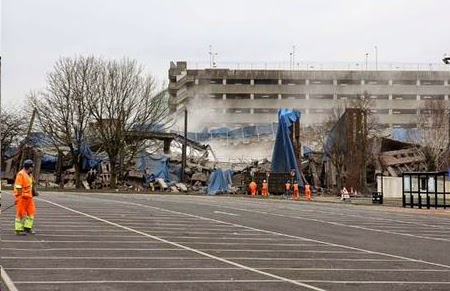 But nothing obvious on-line at 1900 yesterday. Despite this, the twits were positive! 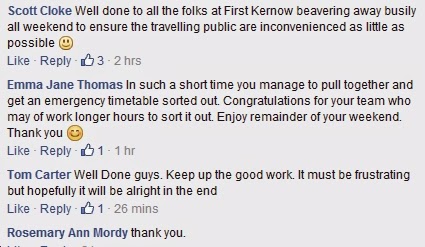 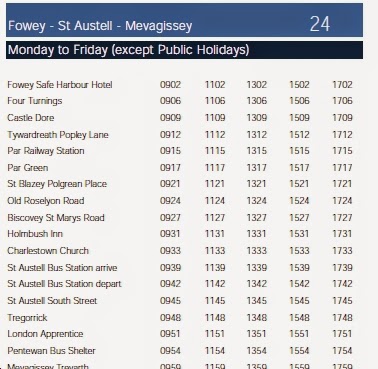 ... (Sunday sadly headed wrongly) was all that fbb could find at 0700 thus morning. Pity. But we must not under-estimate the amount of work that has been done over the weekend. Most former Western Greyhound customers should be able to find a bus this morning.

fbb guesses that delays in publishing information are being caused by having an over-engineered national web site with limited local access or control. Perhaps a lesson to learn?