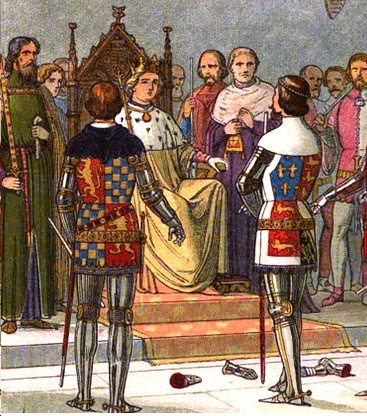 Richard FitzAlan, 11th Earl of Arundel; Thomas of Woodstock, 1st Duke of Gloucester; Thomas de Mowbray, Earl of Nottingham; Henry, Earl of Derby (later Henry IV); and Thomas de Beauchamp, 12th Earl of Warwick, throw down their gauntlets and demand Richard II to let them prove by arms the justice for their rebellion.

Blog readers will remember that Michael Watson, boss of Stagecoach South West based in Exeter, "challenged" fbb (in the nicest possible way!) to enjoy the new 6 and 6A service to Bude and Launceston respectively. The day chosen was last Monday when Mrs fbb had a prayer and bible study meeting scheduled in Dawlish.

As this was her first time at this group she decided to throw caution and financial prudence to the wind and travel before 0900 thus requiring an "Anytime" day return. The huge expense is mitigated by the joy of having an old fogeys card's validity without a morning restriction for journeys way out west. So she paid a massive £9.30 instead of using a Devon Day Ranger at £6.60. The 0737 from Axminster is a busy train in term time with approx 65 persons boarding. "There'll be even more at Honiton," proffers the guard, "what with students and commuters." 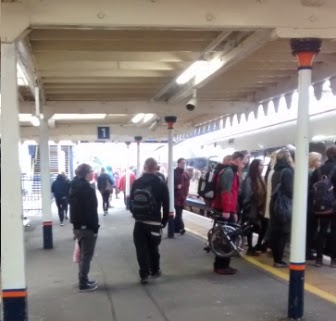 Meanwhile what does meanie fbb do? His departure from Exeter is much later. Answer; buy a paper and enjoy breakfast in Axminster caff before catching the 0903 on discounted off-peak day return to Exeter at £6.55, saving a gargantuan 5p over the Day Ranger Price. 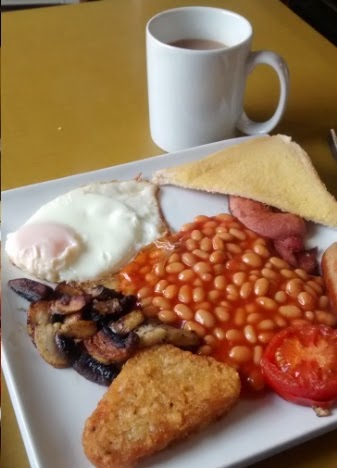 Bacon, sausage, egg, tomato, beanz, mushrooms and a hash brown plus toast and a mugga for £5. Scrumptious! The 90 minutes waiting time (in the warm and cosy caff and in the somewhat less warm but pleasant waiting room) allowed fbb to finish the "i" crossword and have a detailed look round the station, noting (what a surprise) that the "onward journey" poster was utterly and farcically out of date. 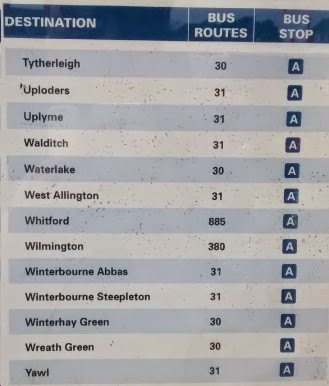 The 31 is now the X31 and it never has served Uploders and Walditch; the 380 became the 4 many moons ago and Wreath Green is a bit of a mystery. The rest of he index is equally useless.

On the positive side, the young gell in the ticket office was polite and extremely helpful to all who purchased tickets and there was a lovely pot of flowers in the Gents. Plastic but a very homely touch. 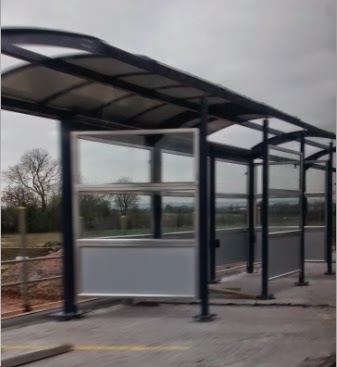 ... which now appears on Stagecoach timetables as ...

Anyway, back to Mrs fbb. Her 0737 from Aminster duly arrived at Exeter St Davids on time at 0821 on Platform 3 as predicted by fbb. 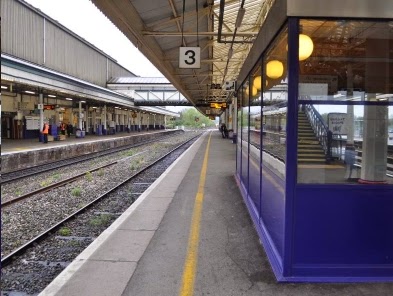 The 0842 to Dawlish was heralded as leaving from Platform 1, again as predicted by fbb. 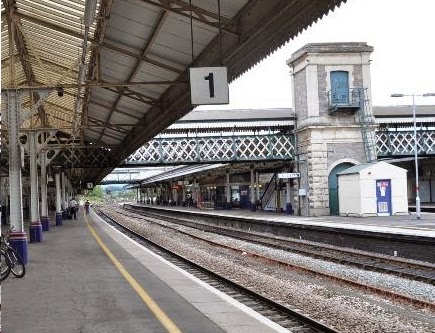 So the good lady merely had to nip over the footbridge and await her steed. The 0842 (note "A" = starts from St James' Park where be its depot) ... 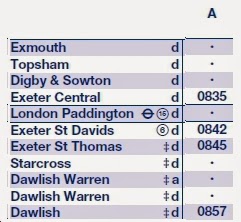 Passengers for Paignton must
join the FRONT carriage

... and this directive was repeated by a computer on the loudspeakers. Dawlish is on the way to Paignton. So that is what Mrs fbb did. Obediently she boarded the front carriage.

Knowledgeable rail travellers will know what is coming.

Mrs fbb tends to rely on the encyclopaedic knowledge (?) of her adoring hubby so she simply did not twig that, although her train came in from Central ... 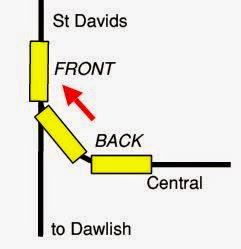 ... front first, a mysterious and secret transmogrification came over the carriages once stationery at the platform. The front, into which Mrs fbb had obediently lept, became the back; and the back became the front. Then the lads at St Davids uncoupled the new front that was the back ... 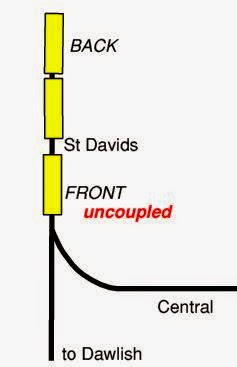 ... and sent it off on its way to Dawlish etc. Meanwhile Mrs fbb, innocent of these ferroequinological niceties ... 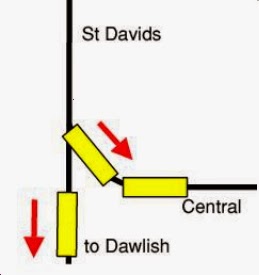 ... was ensconced obediently in the front which was now the back. She was somewhat surprised when she re-appeared at Central and thus realised that all was not at all well. She was now an unwilling passenger on the 0845 from St Davids to Exmouth.

The outcome of this sorry take will be revealed tomorrow when fbb will actually make a start on his trips on the 6 and 6A!

Next bus/rail blog : Thursday 26th March
Posted by fatbusbloke at 02:00