But Journalists are Worse!
Nevertheless, we start with George Osborne. 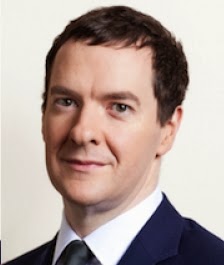 George Osborne said (a few months back) that if the London Underground Central line was laid across the Pennines it would connect Manchester and Leeds.

The longest journey on the Central Line starts from West Ruislip ... 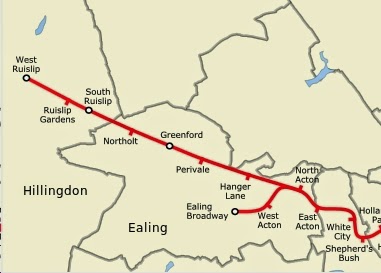 ... and trundles to Shepherds Bush sort-of eastwards. After tunnelling through central London to Stratford ... 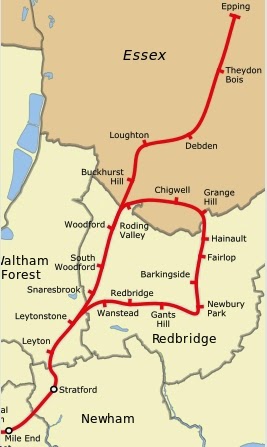 ... it turns roughly north to Epping. Total route miles equals just under 34 miles. Now it is true that the distance taken by a straight-flying crow from the Mancunian metropolis to the Leodensian ditto is 33 miles; but to use the Central line you would have to stretch it out as straight as a die (whatever a straight die is!).

This is an odd simile when one considers that the die here is the singular of dice - hardly objects that appear straight. It makes more sense when we realize that straight means correct and true, rather than 'as the crow flies'.

'As smooth as a die' dates back to at least the 16th century; for example, Jehan Palsgrave's Lesclarcissement de la langue françoyse, 1530.

"I'm a racing man and up to a thing or two: but am as straight as a die for honesty," first appears in The Janesville Gazette (USA), April 1871.

The rail distance is 49 miles. The track wiggles - a lot. It's them thar hills wot gets in the way!

Which makes an article in last Thursday's i newspaper even more ridiculous. 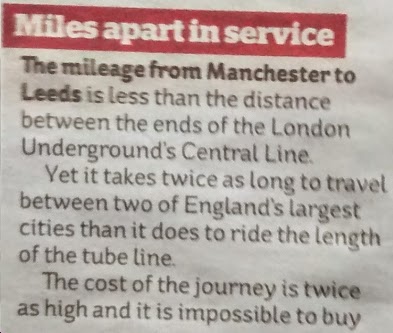 i
The mileage from Manchester to Leeds is less than the distance between the ends of London Underground's Central line.

By any measure this is uber-daft. In a straight line the London to Essex distance is about 25 miles. We have already seen that the Northern direct but unattainable leap is 33 miles!

i
It take twice as long to travel between two of England's largest cities than it does to ride the length of the Central Line.

By any measure this us equally uber-daft. West Ruislip to Epping by tube take one hour and 22 minutes. The fast Transpennine train takes a mere 49 minutes. A direct route by car between the two Underground termini might be quicker off peak, but never, in a month of road junctions, would it be twice as fast! Don't believe everything that SatNav tell you.


i
The cost of the journey is twice as high.


i
It is impossible to buy a single ticket covering rail and bus between Leeds and Manchester.

Plusbus for both northern cities can be bought on line and face-to-face at a total of about £7. But neither can you buy a simple single ticket for bus/tube/bus in London. You would need a zones 1 to 6 Travelcard at £17 (peak) or £12 (off peak) which could make the bus add-on more expensive than "oop north". Of course using Oyster or wave-and-pay reduces London prices by oodles.

Then there is journey quality and frequency, not covered in the "i" article. Transpennine trains can be full with standing passengers, but a start from, say Manchester, should enable a slick boarder to nab a seat. Likewise from Ruislip. But the sweaty crush of the city centre sections of the Central line is pretty horrific at most times of the day. 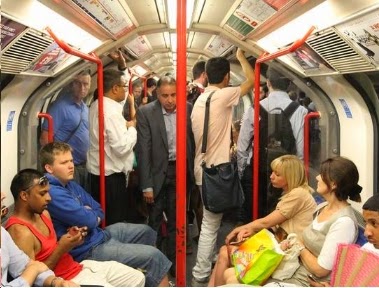 Transpennine is a joy and a delight - mostly! 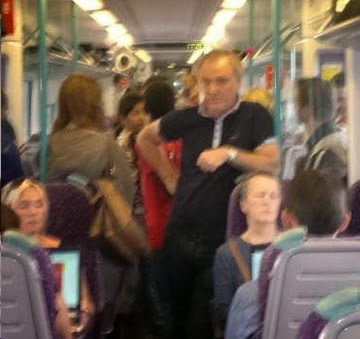 The First TransPennine Express routes in and out of Manchester are so overcrowded that at peak rush hour times nearly a quarter of passengers are forced to stand for their journeys. The figures show that the early morning train running from Manchester to Middlesborough is the third most crowded in the country. The 6.23am service has a capacity for 166 passengers, but there are on average 269 on board; overcrowding of 62 per cent.

Central line through trains run at least every ten minutes. Transpennine have four trains an hour from Piccadilly to Leeds ...

... a frequency which is planned to increase to five in due course. Not at all bad.

What can we conclude? Allowing for the possibility that both George Osborne and the i writer (possibly Nigel Morris, deputy political editor) ... 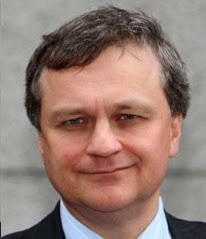 ... both have access to a bevvy of enthusiastic researchers, fbb suggests ...

... or look it up yourself! Even better, don't make pompous prognostications about public transport when you obviously don't know what you are talking/writing about. Georgie Porgie should be aware that there is some sort of election coming up.

As an aside, fbb is intrigued by this picture ...

... from the Transpennine web site.

Somebody's squashed a class 170. Or is First considering rebuilding the line to Brunel's broad gauge?


Next bus blog : Monday 9th March
Posted by fatbusbloke at 02:00