Old One, New One and Red One [One] 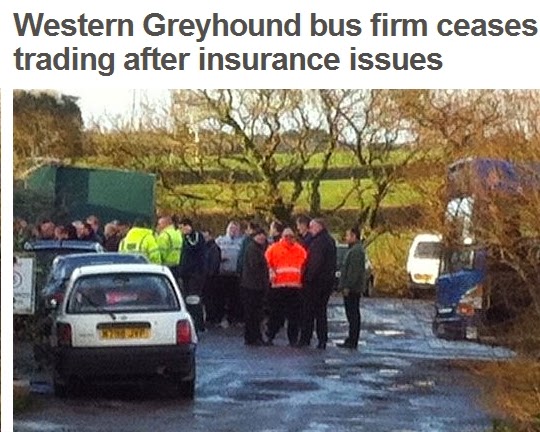 More on this in due course! Later yesterday, Cornwall Council published the following arrangements on-line. The aim is to have as much as possible running by Monday. 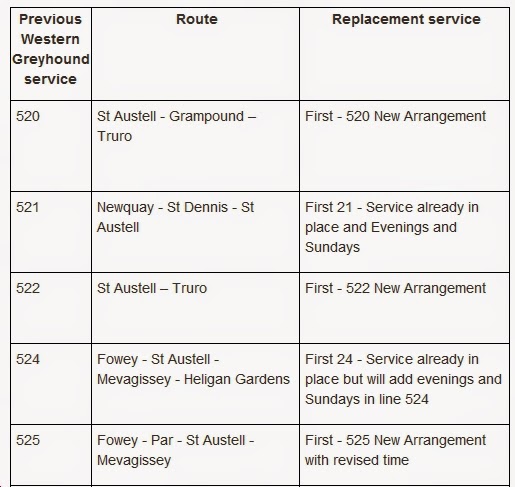 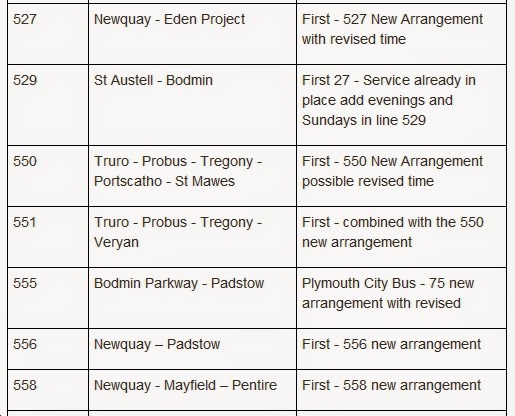 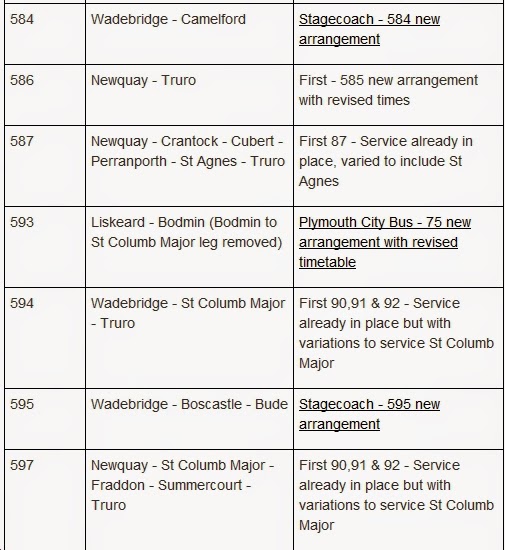 This afternoon, following agreement with Cornwall Council to step in, we can confirm we anticipate well run some form of replacement bus service from Monday, following the cessation of Western Greyhounds services today.

Cornwall reports that Western Greyhound buses will be on the road but not operated by WG. According to an "honest" letter from their boss, Michael Bishop ... 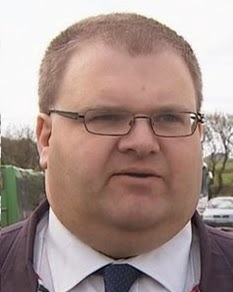 ... the crunch came when their insurers wanted the year's premium "up front" and refused to offer installment options. WG just didn't have the cash.

Do the cynics amongst us think that these plans were already formulated to be ready for the inevitable?

In the 40 plus years that fbb has been visiting / residing on the Isle of Wight buses between Newport and Cowes have had a varied history. Traditionally service 1 and 1A (sometimes with 1B) have plied the road between Ryde, Newport and Cowes 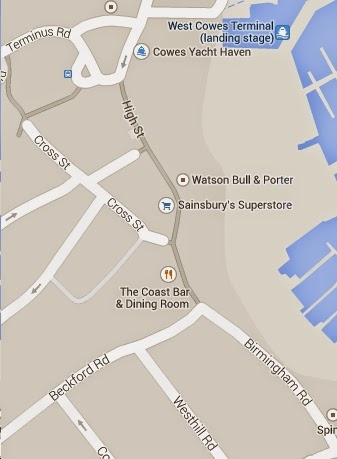 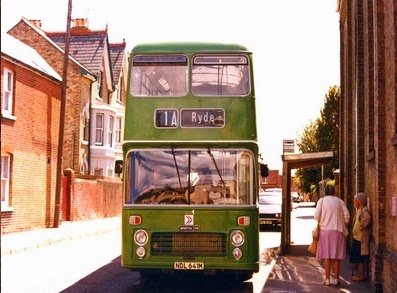 Then services moved to their present terminus outside the Co-op (Terminus Road, site of former Cowes railway station, top left on map), more centrally placed for shops and, a short walk away, the Red Funnel terminal, known for countless generations as Cowes Pontoon. 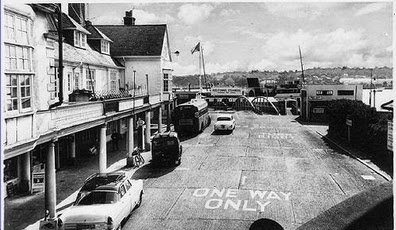 An additional bus service (historically numbered 2) ran to the Pontoon to meet the ferries from Southampton. The car ferry sevice eventually settled at East Cowes and West became the landing point for fast hydrofoil craft. As part of the "minibus revolution" this became service 91, Hydrobus. 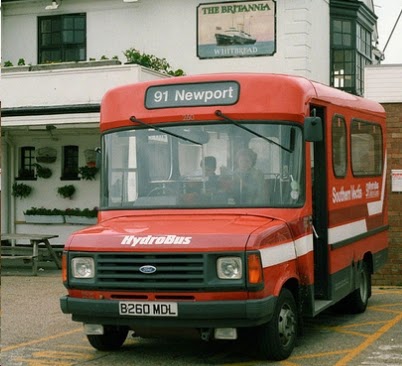 Why 91? Clever Stuart Linn copied the headcode from the fast trains from Southampton to Waterloo. Another 91 bus linked the Southampton terminal with the station offering a through service all numbered 91. Semi-fasts shwed a headcode "92". 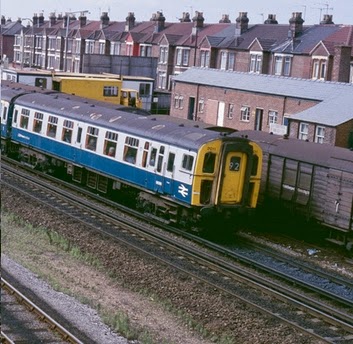 In the early stages the Island driver would sell you a rail ticket! With the demise of the minibus dream a variety of smaller buses was used and an equally bewildering set of route numbers, [91, 92, 93, 2, 3]. Access to the ferry was (and is) via a narrow archway as part of a row of shops called "The Arcade". 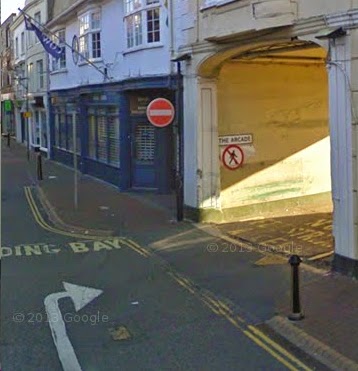 This means that small buses were always essential. 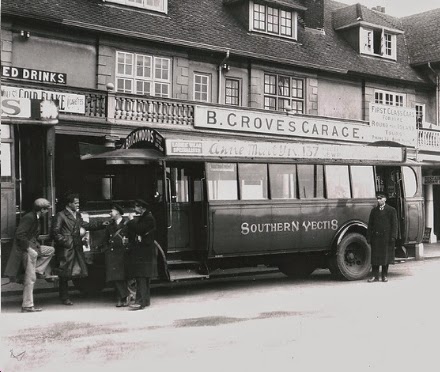 One piece of trivia is that the now-closed pub at the end of the Arcade was run by the father of  Gary Batchelor, ex GM of Southern Vectis and leader of the 1986 management buy-out. These Wikipedia pictures show the problem! 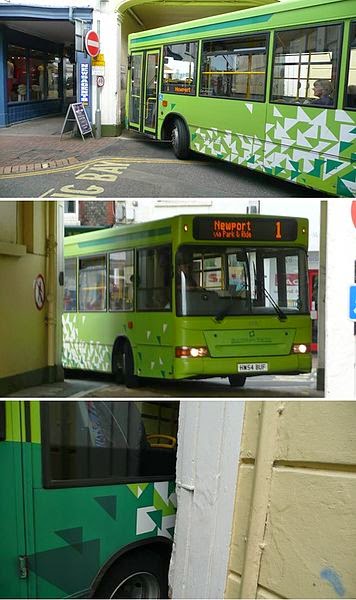 And you can see the scrapes on the walls of the entrance arch in the uncluttered view above.

In yet another reorganisation of routes undertaken a few years ago, the Ryde to Newport services became 9 whilst the Cowes routes retained number 1. 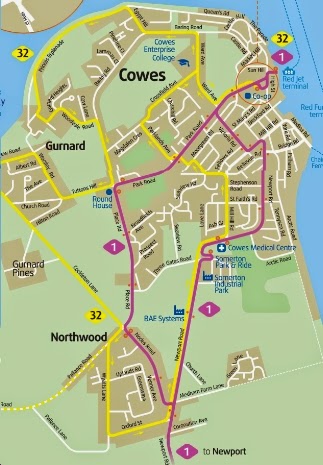 The "split eveything at Newport" policy meant that the Cowes service could be developed without the constraint of its other Ryde-bound half. Thus ALL buses went to the Pontoon, calling at the Co-op on the way back to Newport. In many ways this was silly. The "Red Jet" fast ferry was never more frequent than every half hour but buses called every ten minutes! This was later increased to eight buses an hour.

Frankly, the number of passengers transferring from boat to bus was paltry except at commuter times and cur-backs mean that the fast boat only tuns hourly in the winter. So what happens when the small buses are nearing the end of their useful life.

One obvious answer would be to pull out of the Pontoon completely and turn everything at the Co-op. 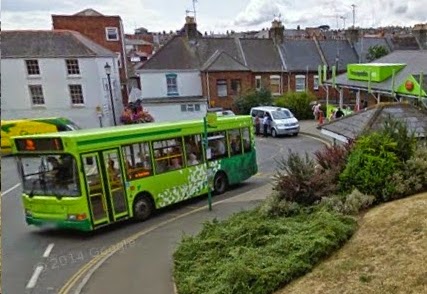 About 12 months ago, one of fbb's usually reliable contacts on the Island reported that this is what would happen.

Farewell Pontoon as a destination. (Snivel snivel) The two or three minute walk from Co-op to Red Jet would hardly be deleterious for the modest few who made the connection, surely?