Stagecoach and the Lunatics? [1]

From Hospital to Housing 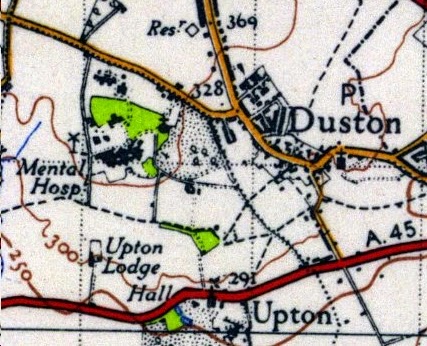 In 1870 the Borough and county of Northampton opened Berrywood Asylum for the "Pauper Lunatics" of town and county. Previously such persons were "accomodated" via a contract with St Andrews, the private establishment that was and is located next to Northampton Grammar School ... 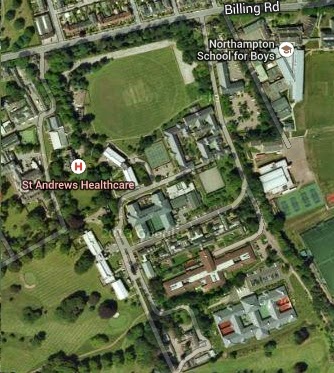 ... home of fbb's stunning educational achievements. Berrywood was renamed "St Crispins" and filled a huge site, including its own farm, a chapel and houses for key staff. St Crispins was located in open country between the A45 at Upton and the outer fringes of the village of Duston.

At all looks very different at Berrywood today! 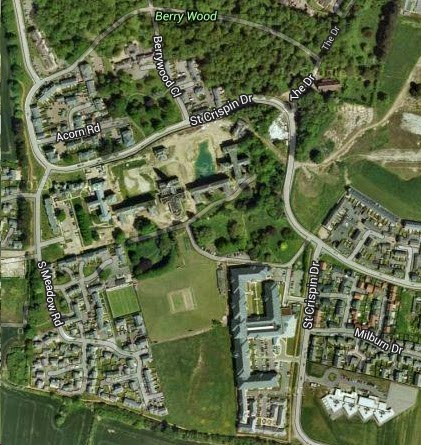 The main St Crispins blocks still stands, despite the efforts of vandals in 2012. 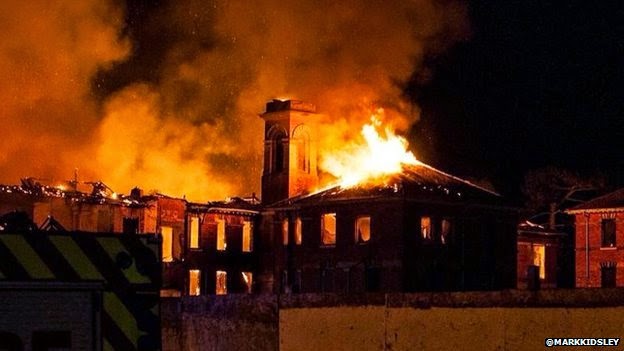 The institution finally closed in 1995 and is being slowly (VERY slowly) converted into the flats. The main tower is intended to be one single unit with trendy spiral staircase linking the floors. 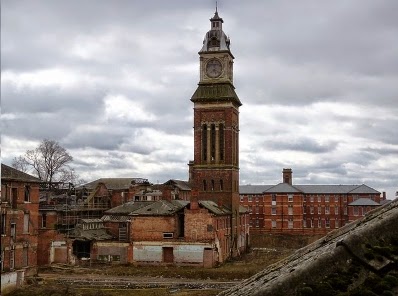 Part of the work of St Crispins was transferred to a new "unit" named Princess Marina Hospital ... 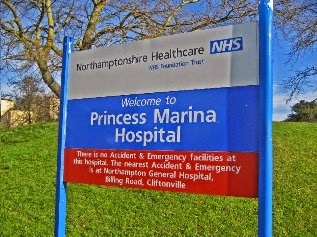 This also closed and stood derelict for some time. 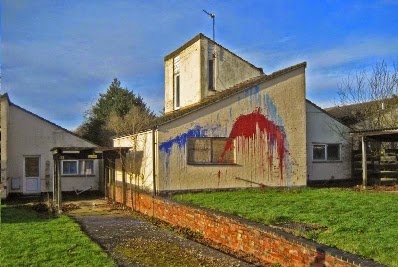 The remnants thereof are the lighter sawtooth building, bottom right on the aerial view above. Such is the ever-changing government policy for the mentally ill, that the latest "unit" has been opened, also on the greater St Crispin site and is located just off the aerial view, top left. In a strange nominal throw-back it is called Berrywood Hospital. 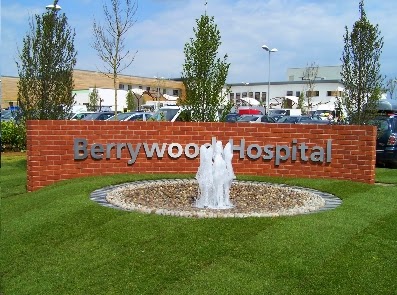 One other signifcant building on the former site is St Crispin Retirement Village.

This is a huge "block of flats" complete with restaurants and all the services an "older" person may need. It is to the left of the Princess Marina hospital remains on the aerial view. 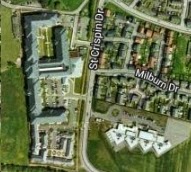 It is probably a bit on the pricey side for the likes of fbb and his Mrs! Our observant reader will have gathered that most of the rest of the site is being developed for private housing.

Back in the 1970s United Counties route 323 ran along Berrywood Road past St Crispins. But alas it ran on Wednedays only!

But a footnote on the pages shows a Monday to Friday "shift-change" bus to the Laundry block at the Hospital.

Visitors were not encouraged!

Thanks to some excellent research from our Northampton correspondent, we can chart something of the history of the later bus service into this area.

Route number 22 reappears in 1984 for a three buses each way Monday to Friday service to Berrywood Road, Sandy Lane and Quarry Road. By 1985 this has grown into five daily journeys each way. By 1987 we are back to four and soon down to two through journeys a day. 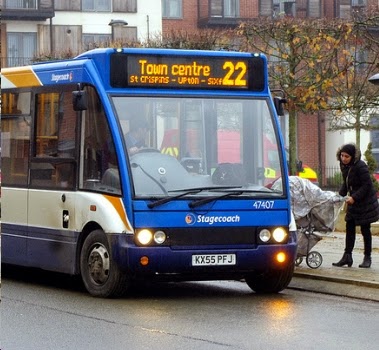 These early journeys were more about serving developments of greater Duston estates on Berrywood Road. But as building developed, a route similar to today's 22 began to emerge.

The route serves Northampton station, the footy stadium, Upton (new estate) and then wiggles via the developments on the St Crispin site, finishing in a loop off Berrywood Road close to the original terminus of the 1984 route 22. 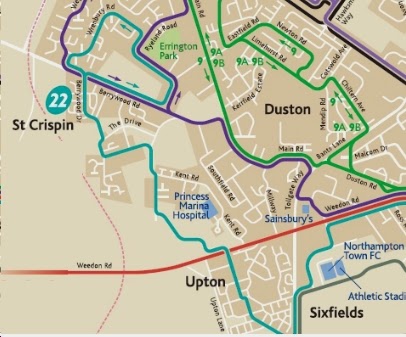 For the record, service 27 (dark blue) serves the St Giles Park area of Duston, travelling via the old village (Main Road). Services 9, 9A and 9B (green) are the main frequent routes to Duston also circling via the original settlement. 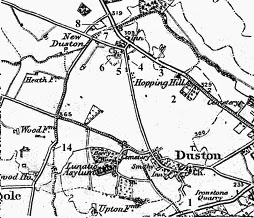 ... and on this undated old map, Berrywood/St Crispins retains its now-unaccaptable label as "Lunatic" Asylum.

Middle English lunatik, from Old French lunatique, from Latin lūnāticus, from lūna, moon (from the belief that madness was influenced by the phases of the moon)

The Squirrels pub hasn't changed much ... 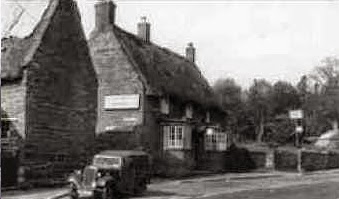 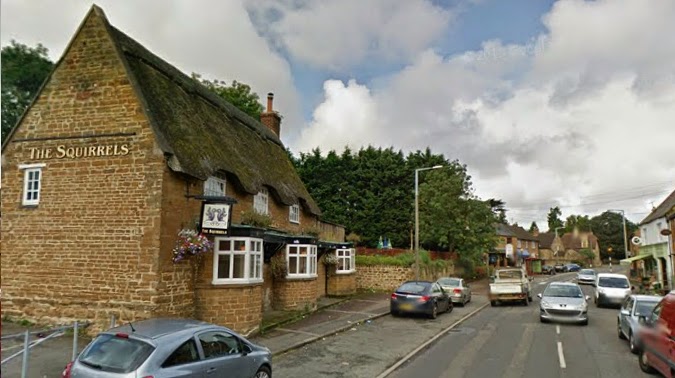 ... although it has gained an extension and now looks in better condition than "then" (possibly early 1950s)!

Must pop in sometime?

But, in a strange twist of omnibological fate, the recent 22 is about to butt bumpers with an historic Northampton Corporation Transport route also (once!) numbered 22.

Next bus blog : Tuesday 10th March
Posted by fatbusbloke at 02:00