Interchange by Bus or Coach?

Those who were reading yesterday's blog between 0200 and 0300 will have witnessed the consequences of a glorious bludner by the old man! Under instructions from No 1 son, all fbb's pictures are backed up in a cloud ... 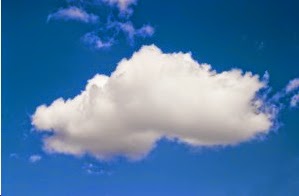 ... somewhere; and that includes all the illustration from this blog. Every so often Google tells fbb that it has snatched another batch.

On Sunday evening the innocent abroad in technology-land tried deleting a few from this cloud. They disappeared after a warning that the pictures would also be expunged from "all linked locations". fbb had no idea what that meant! 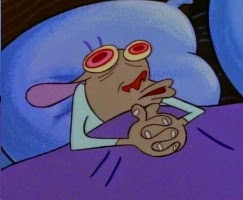 ... arose for a drink after a mild attack of cramp, he had a quick look at yesterday's just-posted blog. And there were lots of illustrations - gorn! The blog, apparently, is linked to the cloud. Panic set in; quiet nocturnal gibbering ensued, but fortunately the Google-monster had not pinched the pics from the laptop and fbb was able to restore all to its fascinating glory by 0300!

This technology can be profoundly frightening at times!

But back to the comparative sanity of Stranraer and Stena. 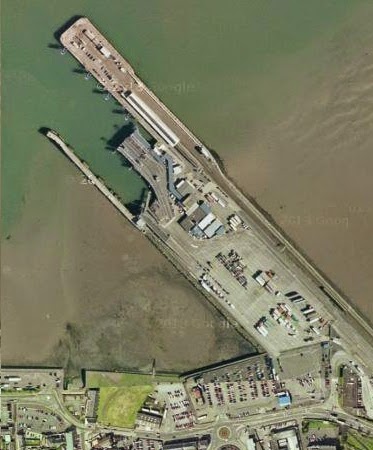 And there, sticking out in a load of silt and sea is the station. There you will find a staffed booking office ... 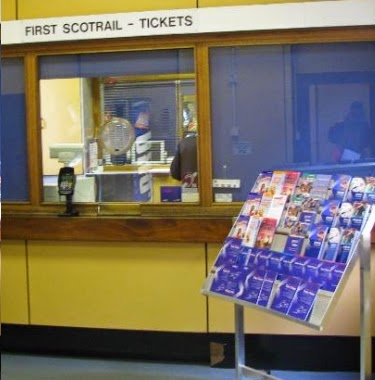 ... even on Sundays, if the National Rail web site us to be believed. There are six trains from Glasgow Monday to Saturday, three on Sundays. 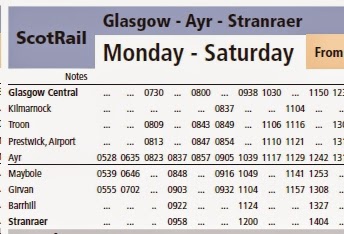 But you are a bit stuck at the end of Stranraer Pier!

Various authorities inform us that Stena offers a coach link from Ayr station to their terminal. All fbb could find was a Scottish Citylink service 923 with three journeys ... 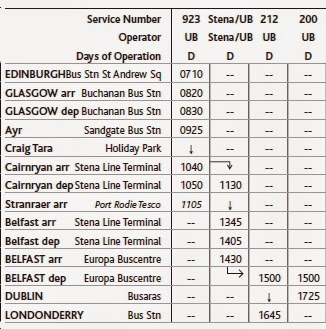 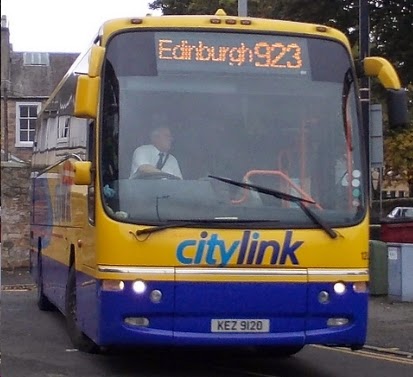 The Stagecoach "ordinary" bus service from Ayr runs every two hours Monday to Saturday with a weird collection of route numbers (58, 60, 358, 360) and calls at both ferry terminals (click on the timetable to enlarge). 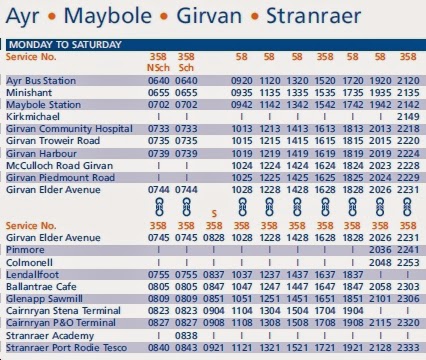 And you might be lucky enough to get a bus in a special livery ... 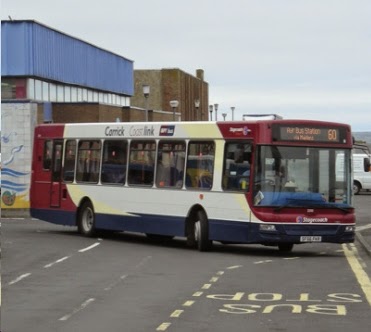 But if you have arrived by train with luggage it is a hard slog back along the pier and up to the Port Rodie terminal ... 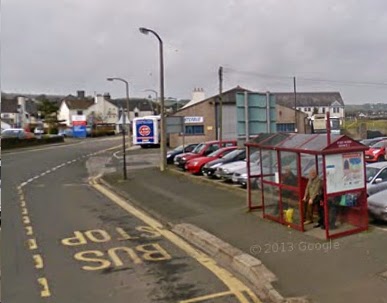 But what is this on-line happiness dated November 2013? 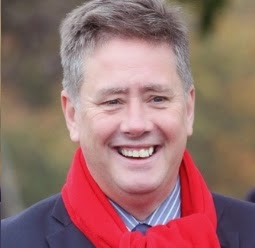 Transport Minister Keith Brown has officially launched the first fully-electric local bus service in Scotland in Wigtownshire. It is being used to provide a link for passengers between the Irish Sea ferry terminals at Cairnryan and the railway station at Stranraer. The vehicle cost £120,000 - jointly funded by the transport partnership SWestrans and the Scottish government. It is run by McLeans and has been in operation since September.

Mr Brown described the project as "innovative" and forming a "vital link" in the transport network. "It will improve access for passengers going to and from Northern Ireland and the Republic of Ireland, which is particularly welcome in view of the potential increase in traffic during the Commonwealth Games and Ryder Cup events next year," he said. 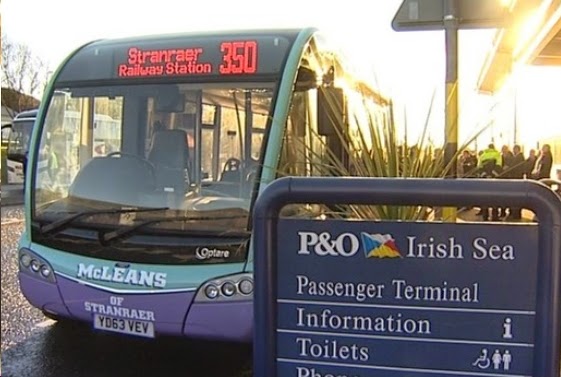 So we can catch our train to Glagow, then to Stranraer then hop off the train onto the bus and be whisked to one or other of the two Cairnryan terminals.

But the 350 is hardly frequent. According to the Dunfries and Galloway web site this is the sum total of connection from train to ferry ... 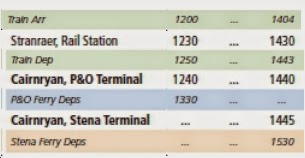 ... both with a half hour wait at Harbour station. Stena Line offers more hope ...

... but only if you are travelling from Stranraer town, i.e. Charlotte Street. The 0640 from the station is no help as the first daylight train arrival is 0958; or you could arrive at 0052 and wait for five hours and fortyeight minutes.

Would it be fair to say that Scotrail, Stena and The Scottish Government have given up on the short sea route for foot passengers.

Nevertheless, we will see what can be done tomorrow.


Next bus blog : Tuesday 3rd March
Posted by fatbusbloke at 02:00