The Vale Of Glamorgan line runs through the rich agriculture land of South Wales, between the mountains and the coast south and west of Cardiff. Opened in 1897 as a double track line throughout, the line ran from Barry to Bridgend via Aberthaw and Llantwit Major
.
Near the airport, the line passes over the impressive Porthkerry viaduct. 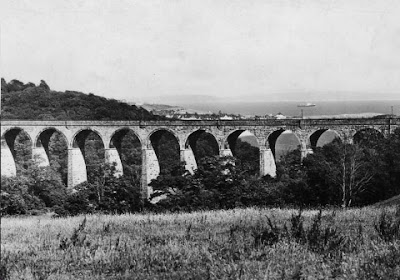 This caused problems during construction when it subsided and partially collapsed. 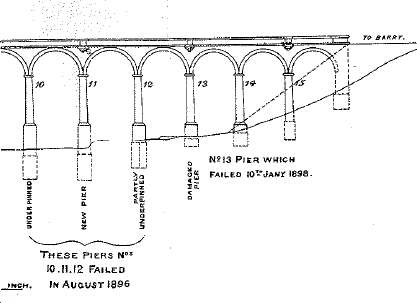 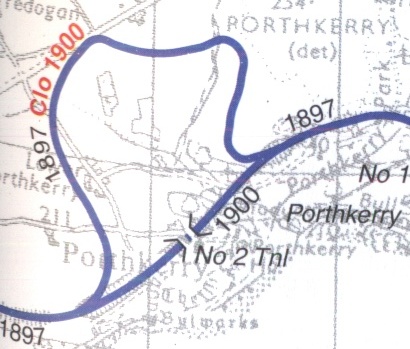 After 113 years, nothing remains of this short-lived by-pass line which closed in 1900.

Amidst the usual howls of protest the Glamorgan Vale line closed to passengers in 1964.

It was the growth of cheap flights that formed part of the campaign to re-open which ultimately came to fruition in 2005. 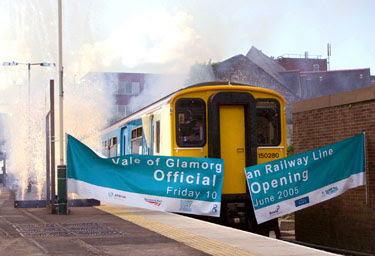 "Rhoose Station for Cardiff Airport" was reopened but unstaffed and a connecting bus introduced for the short run to the airport terminal. The whole operation is hardly luxurious! 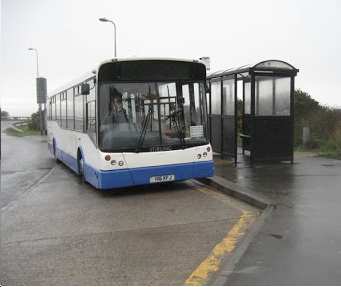 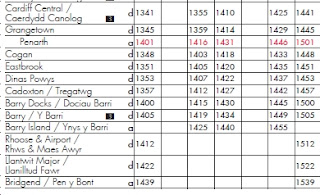 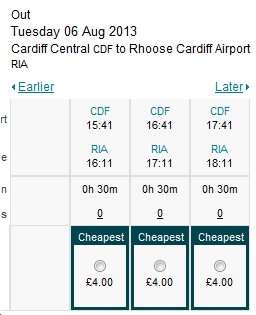 The combined journey time is an equally unattractive 42 minutes!

The recent steady decline in airport use has prompted the Welsh Assembly to buy the business and, to make travel easier, to introduce an express bus service. The whole process was almost a panic measure with just two weeks from award of contract to start of the service on August 1st. First bus drew the short straw! 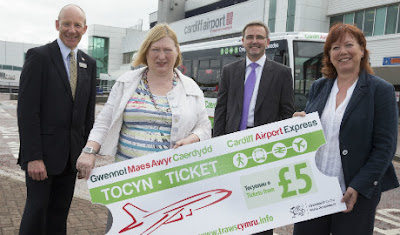 Running every 20 minutes from early morning to late at night ... 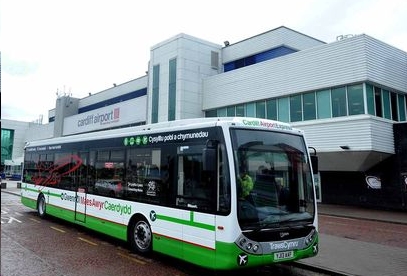 The journey time is 30 minutes, an hour's round trip. fbb reckons that means that four vehicles are needed so it is a costly project! Let us hope that First Bus have done their sums correctly and that the Welsh Assembly is shouldering the majority of the risk; with the recent history of decline in airport patronage, risk height must be Himalayan!

So the future must be debatable. There is a locally unpopular proposal ... 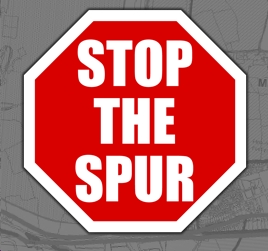 ... to build a short spur line into the airport. In the present economic climate such a scheme seems an unlikely candidate for Welsh cash.

Meanwhile, the government(s) have just announced the "big-spend" electrification of the whole Cardiff local area, riding on the back of the Great Western main line scheme. 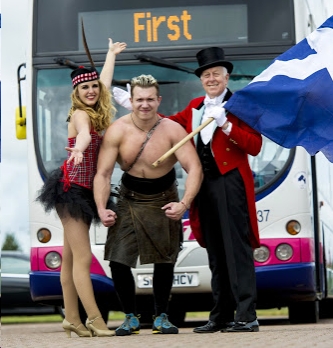 First's attempt to save money on fuel? 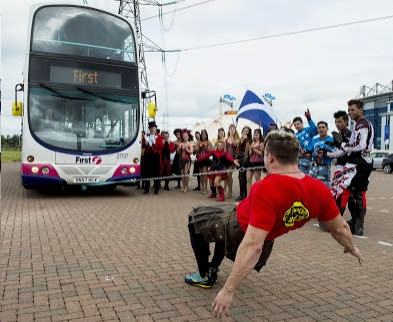 Or perhaps a cheaper form of tow truck!

28 year old Zippo Circus strongman, Denys llchenko from the Ukraine was aiming to pull one of First's Double Deckers five metres with his teeth and in doing so beat the 12.36 tonne world record. First's double decker weighed around 12.1 tonnes and so the bus was topped up with volunteers to ensure it weighed more than the current record. 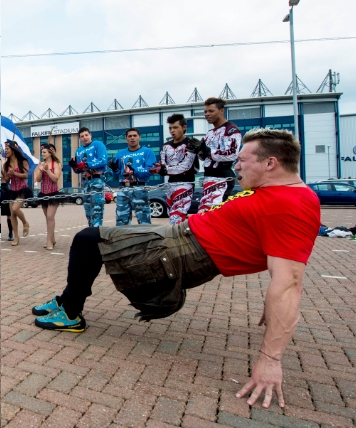 Unfortunately, despite a superhuman effort, Denys was some two metres short.

Denys said, "I was disappointed not to beat the record, but I'm keen to give it another go in the future. I'm really grateful that First Scotland East was able to provide one of its double deckers."

Bet First were a bit narked at the failure. A sort of non PR non scoop?