What a Wonderful Web-site? [2]

fbb has donned sackcloth and cast fistfuls of ashes on his repentantly shaven head. He has just gone too far this time.

For the record, blog readers may wish to know of the chubby one's sins; so that they can avoid contact with such a caddish blog writer. 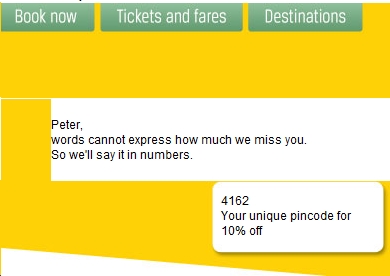 fbb has not booked a ticket with "Southern" for months and months. Pause for readers to recover from the shock ...

He hardly dare tell the weeping folk at their HQ desks that it is possible, just possible, that fbb will never buy a Southern railway ticket again - ever. Southern don't run many trains to Axminster.


Hold on, It's gone! An eager fbb was excitedly poised to continue his review of the new Southern Vectis web site. See "What a Wonderful Web-site? [1]" (read again). But there it was, gone - back to the old, unrefreshed, boring, old fashioned site. 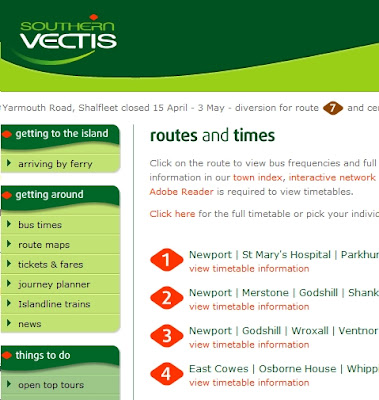 fbb can't see much wrong with it, actually. It's still too fussy but a little easier to use that the apparently abandoned "improved" version.

Presumably the bosses at the Vectis were less than happy with what their contractors had delivered and decided to cut and run. Time will tell whether the new will return, and in what form.

So fbb can't really write episode number 2. But, undaunted, he can lapse into a bit of techno-babble, hopefully easy enough for less knowledgeable readers to cope with?

Question : How do you make a web site?

HyperText Markup Language (HTML) is the main system for creating web pages and other information that can be displayed in a web browser (i.e. Google). HTML elements form the building blocks of all websites.

Still befuddled? In very simple terms, you type the words you wish to appear on screen and "mark up" your text with codes in triangular brackets. So,

starts a new paragraph and

creates a little hole to display some sort of "image" like a map or a picture. Here endeth the lesson!

HTML allows images and objects to be embedded and can be used to create interactive forms. It provides a means to create structured documents by denoting structural semantics for text such as headings, paragraphs, lists, links, quotes and other items. 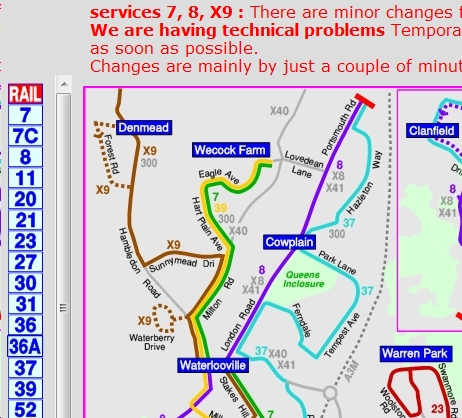 And it was reasonably simple, simple enough for even an old crusty like fbb to understand. Here's a bit of HTML from a simple web site. It tells the confuser to display the route numbers on the left of the screen shot above. It also allows the user to click his mouse pointer on the appropriate number and thus display the timetable.

click on the image if you are keen enough to read it!

Whilst it may seem like gibberish to many readers, please be assured it is quite simple to understand and very simple to edit. And it does what it says on the tin. 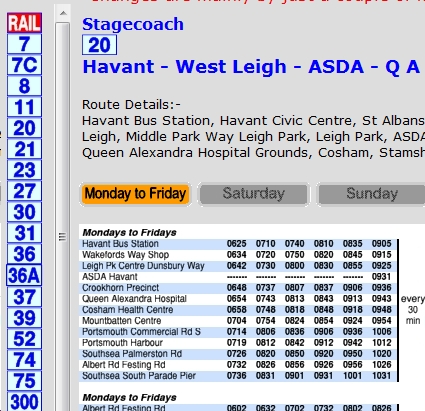 A further simple bit of code allow you to choose which day-set (Monday to Friday, Saturday, Sunday) you need and other "buttons" lead to a simple route diagram ... 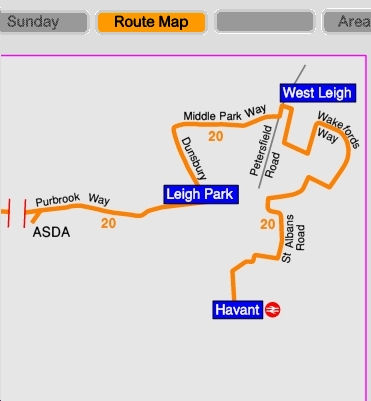 ... and back to the network map. For those dedicated to compulsive webbing,  it is  clunky, old fashioned, tired and dated; and causes sniggers of derision if not outbursts of uncontrollable hilarity. But it works, it is cheap and can be created without recourse to a higher degree in thermonuclear information technology. Above all, it delivers the information quickly and efficiently.

And that is why Tim Berners-Lee developed the whole concept of the internet. 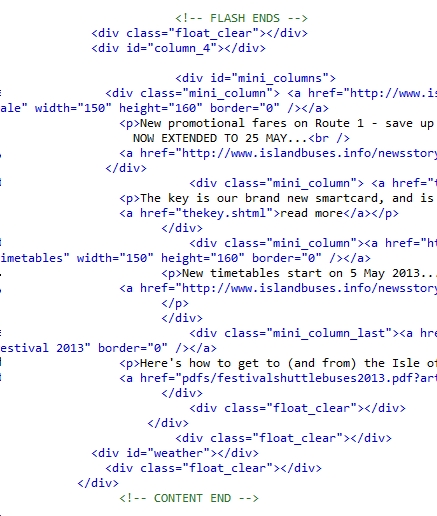 ... delivers just a tiny, tiny part of the Southern Vectis page illustrated above. There are huge amounts of it. The program code just goes on and on - and even on! You can see such code by keying the "CTRL" and "u" as you look at any web page. Its complexity is truly awe-inspiring and rather frightening.  And it is expensive to create!

And there is another problem with trendy "modern" web sites. A lot of the "stuff" they get you to look at is formatted in your own home confuser. That means the way it looks on your screen depends on how your confuser is set up and the clever thingies you are using. The more complicated the code, the more likely it is that bits of it won't work as you would like them to.


This is particularly true for those of us who don't submit willingly to the world domination of Microslop and Windslow.

So, if you want it all to look whizzo, twiddly and "trendy", you have to spend loadsa money on upgrading your computer, buying the latest version of Windslow (which probably doesn't work as well as the older versions) and contributing mightily to the mega-profits of the software companies.

And after writing all the above, a quick check on-line and the newer web site has returned in all its glory but with no obvious changes. But still with even more complex code than the version it replaced! 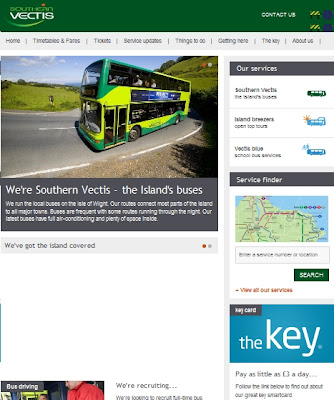 Somewhere in the bowels of the code, fbb found this:-

Even the program designers were/are struggling with their twiddles.

So tomorrow, back on schedule and a look at the rest of the new Southern Vectis site and a repeat of today's opening tag "Hold on, I'm going dotty!"