Growing the Business. An Example Part 2

"At least the bus was labelled "Stagecoach" and was showing a correct destination" ... 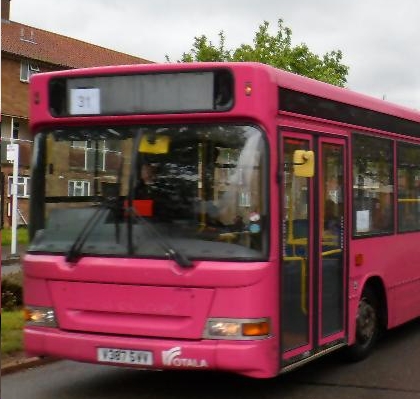 ... unlike this offer from Meridian as it sped to and from Kings Heath (also Northampton). It claims to be operated by Rotala (which it isn't), has no destination display except a photocopied "31". It doesn't appear to be showing its legal ownership lettering which should be (and usually is) just to the rear of the front wheel arch. The alternative would be to display an "on hire to ..." notice; which it didn't!

The lurid pink, by the way, comes from the vehicle's former branding for the Touchwood Connection. 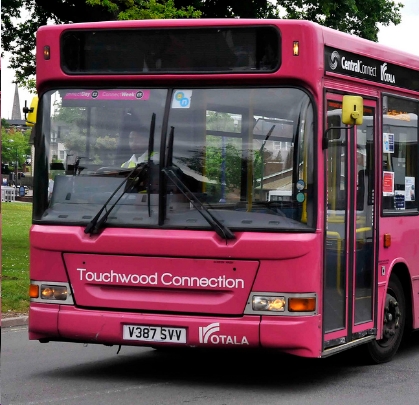 No, neither did fbb.

It's a shopping centre in Solihull.


Touchwood is committed to providing Solihull and the wider region with an attractive and vibrant range of stores. The centre is home to the only John Lewis store in the Midlands. Last year Apple opened only their 11th store in the UK at Touchwood. Apple was joined by other attractive brands including Paperchase, Ghost and Swarovski. Over recent years, our guest’s experience has been further enhanced with events such as seasonal fashion shows and music festivals. 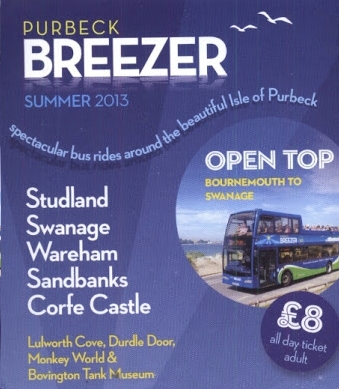 The current Wilts and Dorset more leaflet (it's not "More" leaflet; no capital letter - so maybe we have to expect more more buses to choose from.

Services from Poole and Bournemouth to Swanage are long-standing. Direct, you travel from Bournemouth on route 50 via the Sandbanks Ferry; every 30 minutes during the Summer season but only hourly Monday to Friday during school terms. 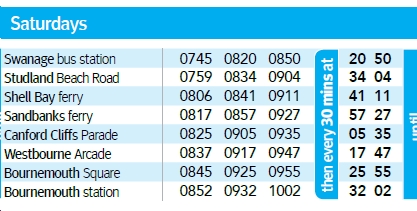 After crossing the Sandbanks chain ferry, buses travel through wild and open moorland with sea views from the top deck. 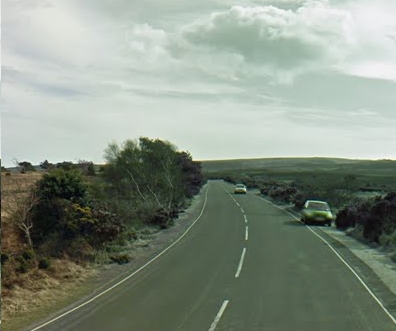 The longer, inland route via Wareham is the hourly route 40. This diverts to serve the delightlfully named "Farmer Palmers" at Organford ... 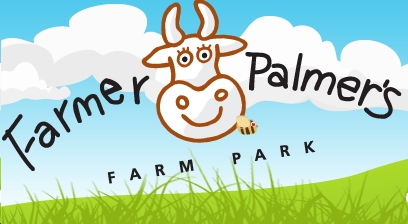 ... before proceeding to Wareham where connectional opportunities exist with the train service between Bournemouth and Weymouth. The bus serves the station itself, but it is over the footbridge ... 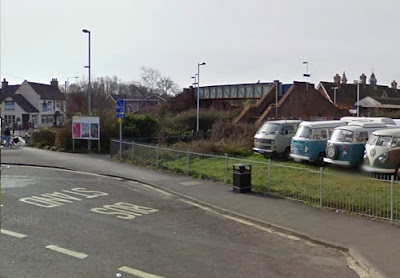 ... and far from obvious from the forecourt. Service 40 proceeds via picturesque Corfe Castle to Swanage. This runs daily every hour. 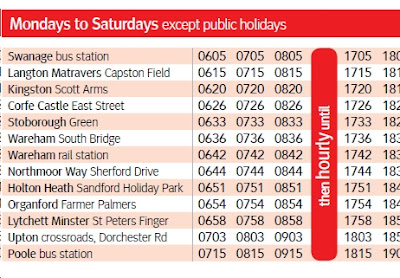 It is not open topped and herein lies another starnge brand decision. The "Breezer" name originated with Southern Vectis' collection of open toppers. For Wilts, more and Dorset, "Breezer" simply means "buses to the Isle of Purbeck". Not much breeze on the top deck of a packed-full service 40 on a hot summer day? 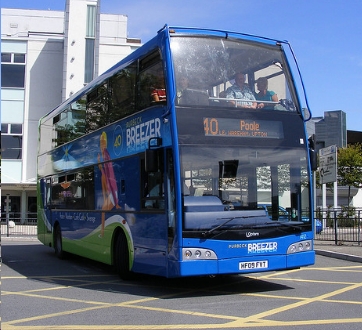 A relative newcomer to the Isle of Purbeck is the X43. This provides four daily trips during the Summer season between Swanage and Weymouth, calling at various places of interest on the way. 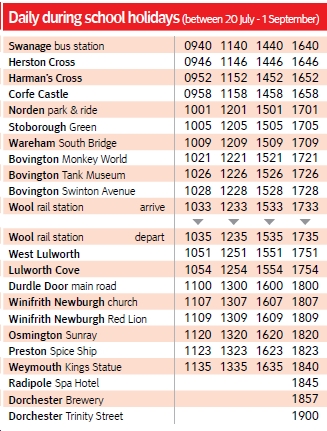 Sadly, from the potential passengers' point of view, the X43 only runs during the peak school summer holiday period. As evidenced by the journey terminating at Dorchester, the service has been joint with First Bus. 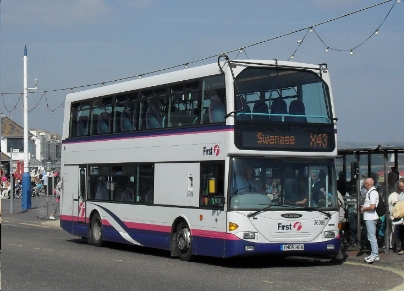 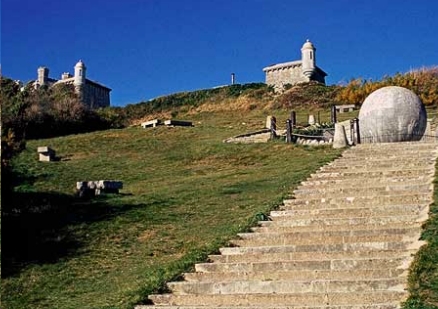 ... which also carries the "Breezer" branding. The little village is well worth a visit. 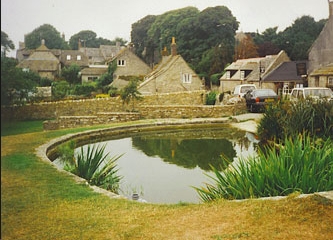 The impression given by the "Purbeck Breezer" leaflet is of a mini-network that is a useful and attractive way to explore the non-island Isle. Whether the publicity encourages folk to leave the car in a car park and let others do the driving is, as ever, open to debate; but at least Wilts and Dorset (more? Damory?) is making a top-grade highly professional effort.

Next Bus Blog : Wednesday 19th June
Posted by fatbusbloke at 02:00