Buses to the Rutland Water area have, in recent years, been operated by Kimes of Folkingham:- 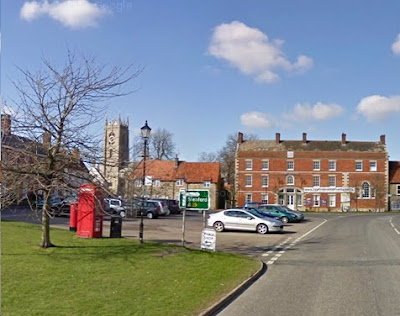 Folkingham is located on the northern edge of the district of South Kesteven with a large market square perhaps out of proportion to the size of the village and its population of seven hundred. In the days of the stagecoach the impressive red brick Greyhound Inn was once an important staging post on the London to Lincoln road; now it has been converted into quality flats. Nearby and just off the market square are the yard and garages of Kimes. 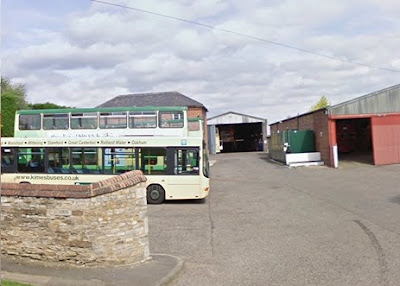 The origins of this bus operator date back to 1945 when Richard Kime bought the business of King of Folkingham, established in the 1920s, with his two Reos. For many years this was to be a typical family owned operation until significant change came in 1997 when it was transformed into a worker's co-operative with eighteen member shareholders. At that time John Kime (Richard's son) wished to pursue his other business activities although he maintained a financial interest in the bus company. The co-operative continued as the modus operandi until July 2011 when Kimes Buses was sold to Centrebus, the Kimes routes forming a useful extension to their Grantham based network operated since 2005. 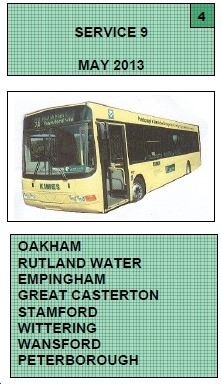 ... runs hourly, following the northern shore of the lake and calling at Empingham (without its fictional Lord, see yesterday's blog here) before continuing to Stamford and Peterborough. Buses run every hour Monday to Saturday but with nothing on Sundays. 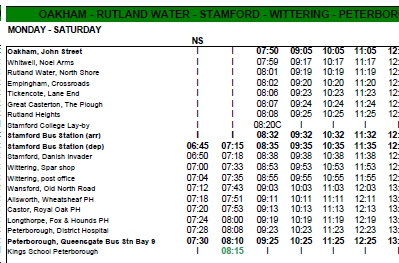 Route 12, however, is less useful for water enthusiast ... 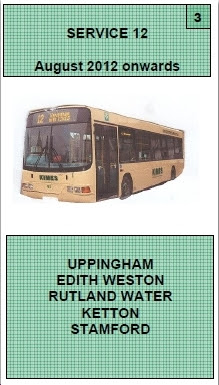 ...as it runs only every two hours and barely grazes the reservoir at Edith Weston ... 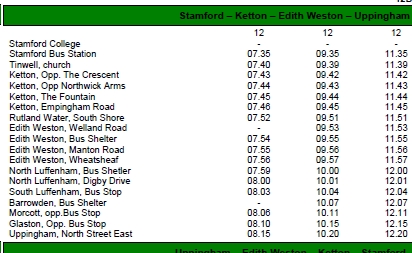 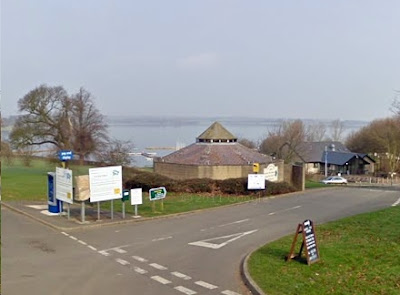 Again, nothing on Sunday.

But all this changed at the end of May with a brand new route 44, branded Shorelink. 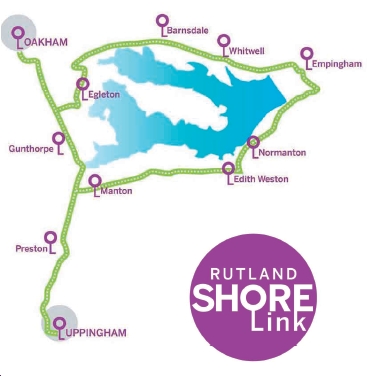 Centrebus (oddly, not Kimes?) runs the route seven days a week, presumably summer only, with a splendidly branded vehicle ... 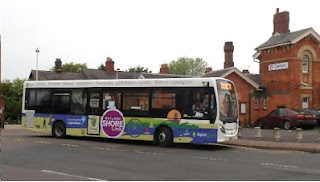 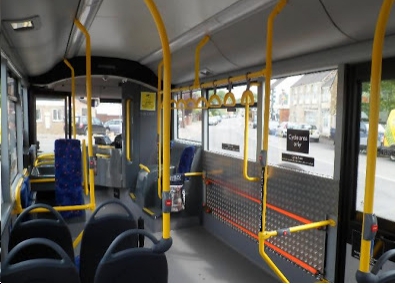 Four trips operate from Oakham Station, round the lake, south to Uppingham then back direct to Oakham. Four trips perform the gyration in the opposite direction; from Oakham direct to Uppingham, then round the lake widdershins back to Oakham. This makes use of "one bus in steam". The leaflet also gives fares (good house point, Rutland Council!) ... 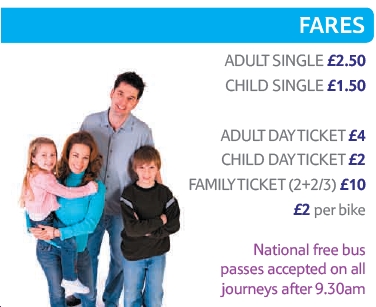 ... which would appear to be very reasonable.

The complete leaflet can be downloaded (here)

Rutland is the UK's smallest mainland county and this initiative is very noble. Let us hope that it is successful; that it removes a few cars from the lakeside and encourages more visitors to this beautiful, if humanly created, stretch of water. 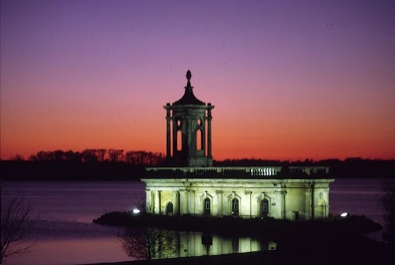 Althought the oft illustrated Normanton Church is de-consecrated, it can be used for civil weddings and is set up as a museum dedicated to Rutland Water. Although parts of the building are below water level, fbb is assured that bride and groom do not need wellies! 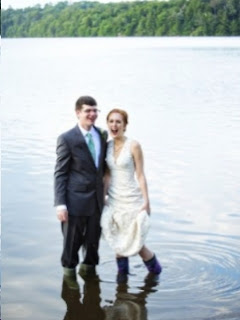