Your mission Mr Phelps, should you choose to accept it ... 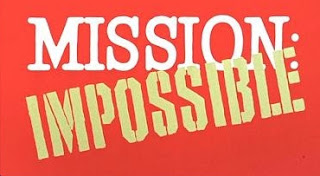 A few days ago, long-time blogger Busing was offering his somewhat depressing views (from a bus operator's point of view) on attempts to persuade folk out of their cars and onto buses. (read his blog here).

1  Use good quality vehicles in the correct company livery as here from First in Plymouth:- 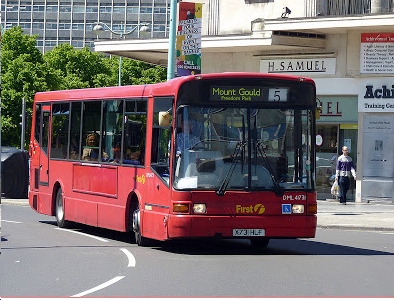 The Plymothian Transit blogmeister snapped this ex London cast-off in his home town.

Or, in Northampton, where Stagecoach has been operating ... 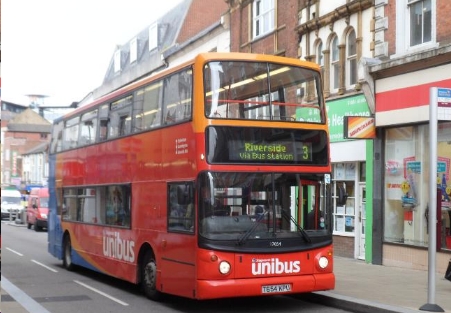 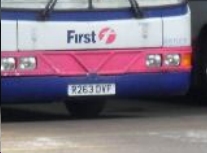 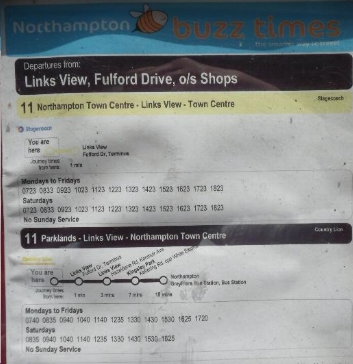 Even if this poster were clean and tidy, it presents a few snags. Stagecoach haven't operated this route for some  considerable time. Not only does Stagecoach (top) information no longer apply, but the Country Lion timetable (bottom) is also out of date. Here's the correct version ...

... which only runs Mondays to Fridays.

3  Make sure your stops are well labelled, clear and tidy. Here is an excellent Stagecoach facility (sadly lacking a shelter) in the village of Church Brampton. Very nice, considering the number of potential passengers from this rural village location. 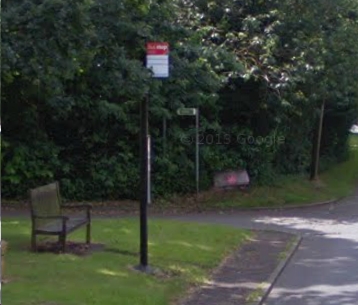 One minor snag, however; there are no buses at all in Church Brampton. By all means enjoy the bench, but you will have a long wait for a bus. fbb wonders what is in that large timetable frame. Meanwhile in the nearby settlement of Chapel Brampton ... 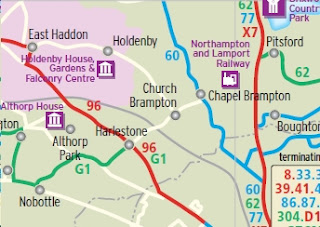 ... there are buses about every two hours (Monday to Saturday) on Centrebus route 60 ... 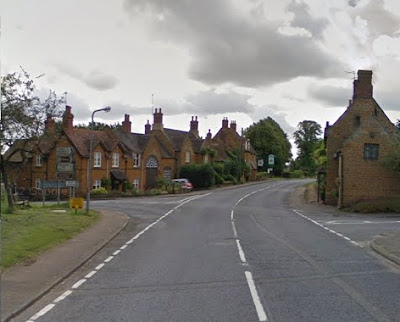 ... but no bus stop at all for journeys TO Northampton.

4  Produce sensible maps which don't confuse the potential passenger. This is for the little village of Yelvertoft (bottom left) ... 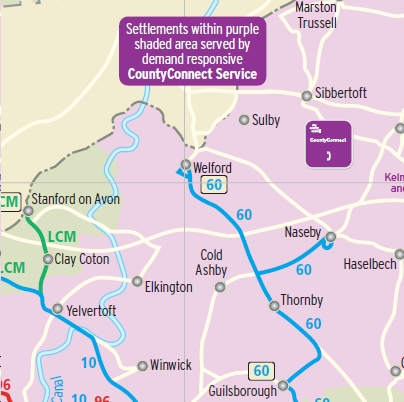 ... where, co-incidentally, a brand new bus stop pole and sign has been installed. The Northamptonshire County map shows an encouraging blue line for Stagecoach route 10 from Rugby.

Hooray, a "daily" service. And here's the timetable ... 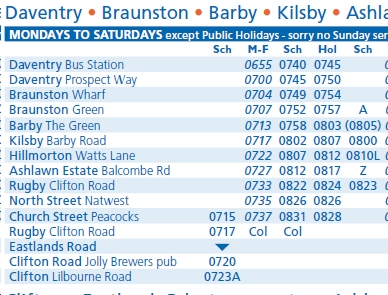 ... with not a mention of Yelvertoft! The secret lies in note "A".
journey runs from Clifton at 0723 and serves Lilbourne,
Yelvertoft , West Haddon, Crick and DIRFT
Yes, that's it. The "daily" service is an incomprehensible diversion operating on schooldays only. But the village does have a new bus stop; yippee! Readers blessed with appropriate ignorance may muse about where and what DIRFT might be**.

5  Explain you services clearly; take into account that most people struggle with a timetable. Allow plenty of space, make the print size at lest 12 point and try to avoid a lot of mystifying notes. Here (again from Northampton) is their new service 12.

fbb has previously commented on its suitability for those with vision difficulties! But, that problem aside, is this really the best way to encourage non-users to try the bus? And look again:-

Will those seeking to board their morning Stagecoach be able to cope with the radically different times for Monday to Friday (in green) and Saturday (in orange)? That is a toughie! A similar intellectual challenge applies in the opposite direction.

6  Think carefully about your use of the so-called modern technology. Does your internet make sense? As here ...

... where the timetable is actually correct but the heading is wrong. The route was extended from Weston Favell Centre to Rectory Farm on 9th June.

7  Make sure your destination blind (or electronic version thereof) shows something useful as here in Daventry. 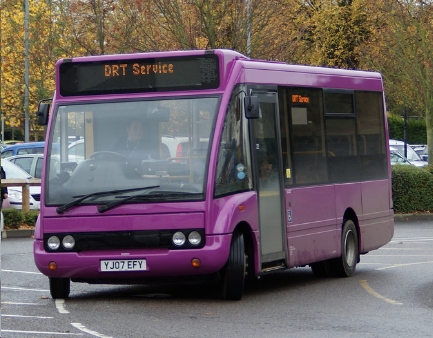 Is it going to  DIRFT , perhaps  IF  any passengers can solve the puzzle? (Think about it!)

So, just  few suggestions as to ways in which bus services might become more attractive to dyed-in-the-wool motorists. Of course there are other problems that are harder to tackle. The perception of high fares, is often mitigated by bulk purchase offers but rarely mitigated by "have the first five trips on me" tempters; and is negatively linked with a paranoid unwillingness to admit to prices in the first place. Then there is staff training, vehicle maintenance and cleanliness, the problem of traffic delays ...

But surely if an operator gets most of the basics right, there is a foundation on which to build. One last, and oft repeated suggestion ...

8  Have a local enquiry facility, a local phone number and plenty of printed publicity available in TICs, libraries, in fact anywhere that will take it.

But, we hear you cry, such things are impossible in today's cost-conscious market. To which fbb replies:-

So tomorrow we look at a very impressive production from a company that used to be one near the top list but may have slipped a little recently. But their leaflet for services to an Island which isn't, and never has been, remains a lesson in how to do it. 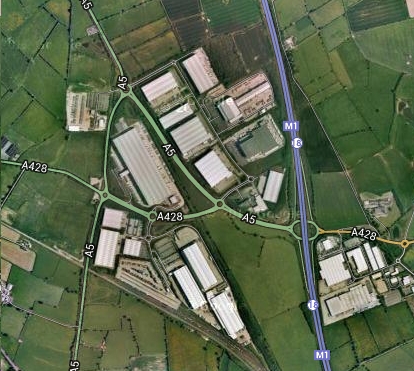 Daventry International Rail Freight Terminal (DIRFT) is a rail-road intermodal freight terminal with an associated warehousing estate; the facility is located at the junctions between the M1 motorway, A5 and A428 roads with a rail connnection from the Northampton loop of the West Coast Main Line.

The original development of approximately 300 acres was built during the 1990s. of which only DIRFT south (DIRFT Railport) had a direct rail connection. An extension, often referred to as DIRFT2, of about 130 acres received planning permission in 2005, and is designed to have all facilities rail connected - the first occupier of DIRFT2 was Tesco, whose distribution centre reached completion in late 2011. DIRFT2 is to the west of the A5. 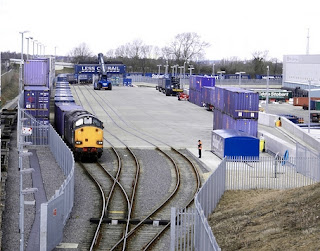 A third extension, DIRFT3, also rail connected, is planned on the site of the former Rugby radio station.

fbb is grateful to Alan, Northampton correspondent,
for supplying much of the information in this blog