30 June 2013
FIRST ABERDEEN OPEN DAY
A FANTASTIC SUCCESS
More than 7,000 people paid a visit to First Aberdeen’s bus depot (Sunday 30 June) as the company opened its doors to the public. Passengers were able to see the company’s 23 brand new state of the art buses before they enter service for the first time on 1st July. 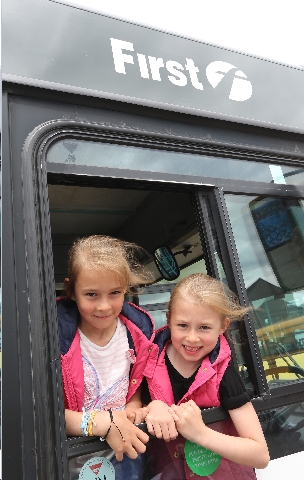 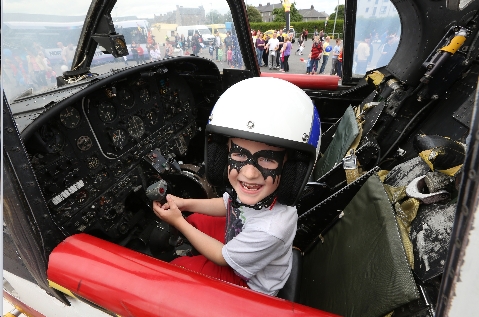 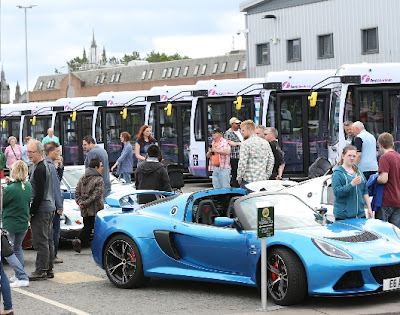 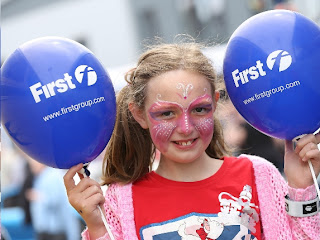 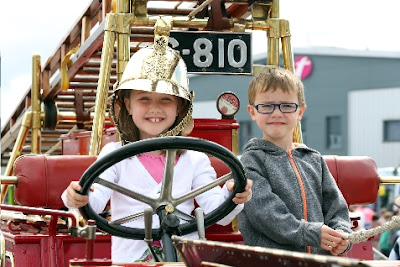 And, talking of those new buses ...

Aberdeen is one of the best locations in the world to see the Northern Lights. [or so First's press release opines, somewhat over-optimistically!] 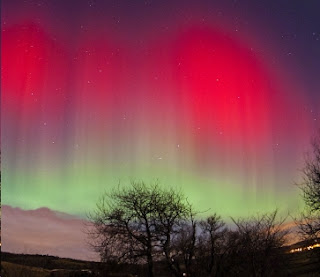 From July 1 the Aberdeen public will be able to see The Northern Lights every eight minutes! [Press release again.] 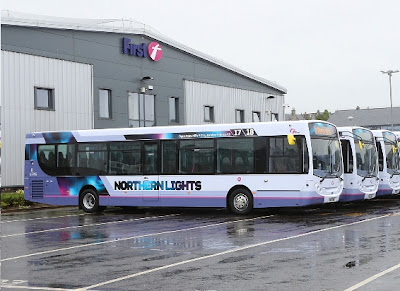 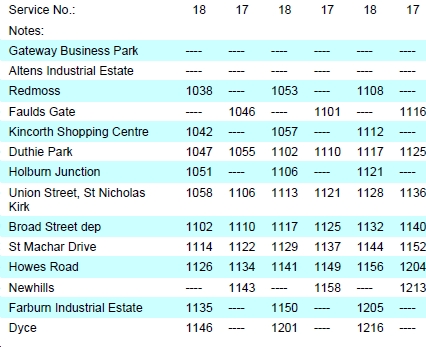 The aurora borealis (or the northern lights), named after the Roman goddess of dawn, Aurora, and the Greek name for the north wind, Boreas, by Pierre Gassendi in 1621. Auroras seen near the magnetic pole may be high overhead, but from farther away, they illuminate the northern horizon as a greenish glow or sometimes a faint red, as if the Sun were rising from an unusual direction. Discrete aurorae often display magnetic field lines or curtain-like structures, and can change within seconds or glow unchanging for hours, most often in fluorescent green.

Appearance is rare in Aberdeen, but you can enjoy the shimmering version as part of the buses' livery!

A blog extra
Posted by fatbusbloke at 08:32