Where is it, again? 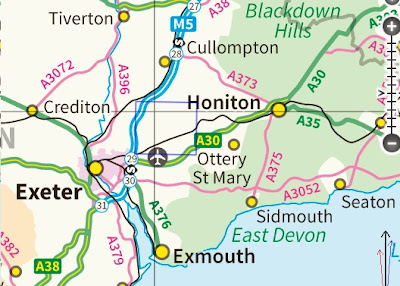 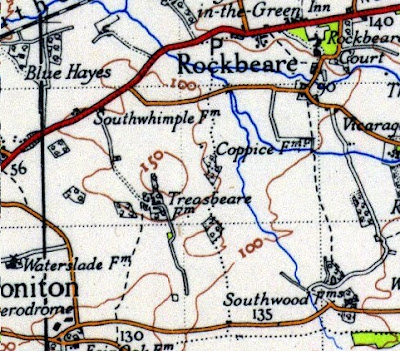 The "red" road is the old A30, the bane of many a summer motorists life. Some old crusties (like fbb) will remember dire news items about huge hold-ups at Honiton with delays of several weeks (!). So the beneficent "them" built a Honiton by-pass and, ultimately kept going to the outskirts of Exeter. 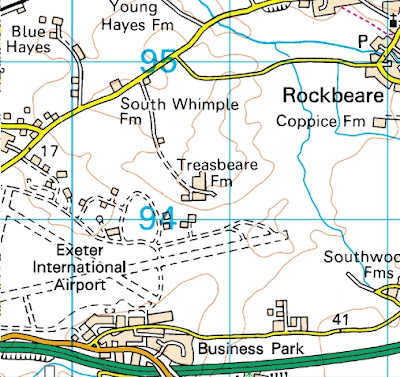 ... demoting he old road to an unclassified yellow colour. Cranbrook "new town" will eventually fill the gap between the old A30 and the former main line from Waterloo to Exeter which just peeps into the above maps, top left.

But where does the name "Cranbrook" come from? fbb has asked the question of Devon County Council and eagerly awaits a reply. But has made an educated guess. 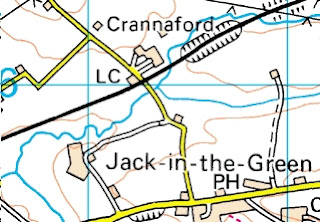 This is Crannaford Crossing on the Exeter line. 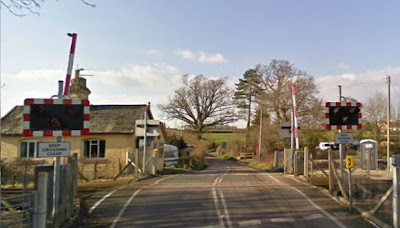 Just off the old A30 and near the future Cranbrook "town centre". Might Crannaford have been, long, long ago, a ford over the Cranna brook? Hence Cranbrook!

Until the most recent change, buses along the old A30 were Stagecoach routes 380 and 60A. 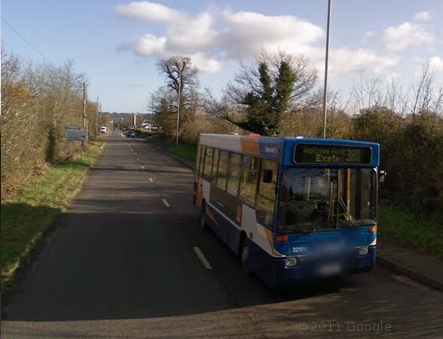 Service 380 ran every two hours via Rockbeare and Marsh Green then on to Ottery St Mary, Honiton and Axminster. The 60A continued via the full length on the old A30 to Ottery; also every two hours. 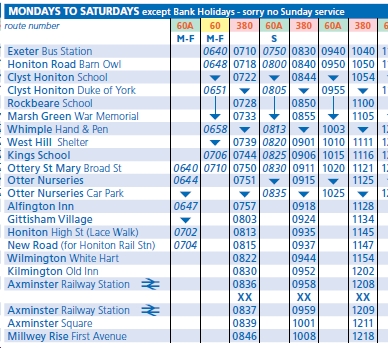 This pattern of service has remained stable for many years. But beware, potential travellers via the service 60A.

This is Whimple village, complete with railway station at the end of the lane. 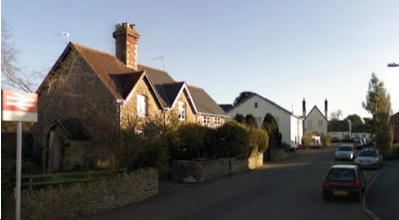 Despite pretensions to the contrary, the 60A does not go to Whimple!

It serves a place called "Hand and Pen" which was a pub, a "road house", on the A30. Both pub and A30 are, in different ways, now defunct. 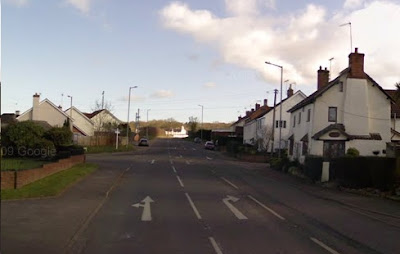 It is not, and never has been, Whimple; which is a good Devon mile away.

If you need a Whimple (ooooh, missis!), either take the train (every two hours) or Hatch Green's 382 from Sidmouth. The latter (formerly Stagecoach, formerly Cookes Coaches) has its origins in the bus replacement for the Sidmouth branch line and was blogged by  fbb, oh, ages ago. See "Take a Potter to the Otter ..." (read again)

Anyway, back to Cranbook. As a result of this development, and using bags of shiny pennies graciously provided by the various building firms doing the developing, [fbb thinks the technical term is "section 106 funding"**?], the service has doubled in frequency! 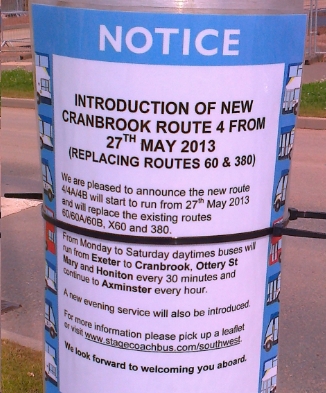 Maybe it is worth repeating that last bit, lest our jaded readers think it is all a dreadful dream:- the service has doubled in frequency!

So tomorrow, fbb reports on his visit to Cranbrook.

**Under Section 106 of the Town and Country Planning Act 1990, as amended, contributions can be sought from developers towards the costs of providing community and social infrastructure, the need for which has arisen as a result of a new development taking place.