And there is an Obelisk! 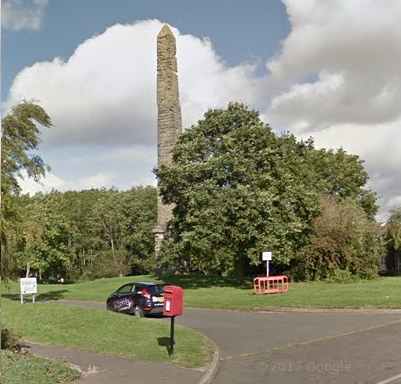 This Grade II-listed structure, standing 100ft high and built from local white sandstone in 1764 by William Wentworth the second Earl of Strafford (1722-91), is one of the follies of Boughton Park, a group of landmarks and buildings of interest that were built to adorn the horizon view from Boughton Hall, then owned by the Earl. As the plaque on it states, the Obelisk was built to commemorate the death of William Cavendish 4th Duke of Devonshire, and briefly Prime Minister from November 1756 to July 1757. Cavendish had been educated at Boughton and was a lifelong friend of Wentworth, so his death from a stroke at the age of 45 saddened him greatly.

The Obelisk has suffered greatly from weather erosion over its quarter of a millennium of existence, and in 1978 there was serious talk of demolishing it. Happily though, Northampton Borough Council decided to restore it instead, and in 1995 placed the plaque explaining its origins. 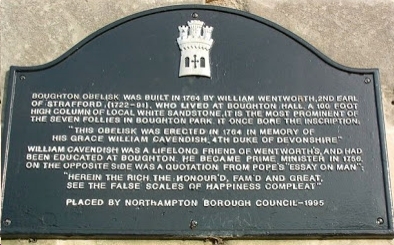 A little bit of Northampton expansion, built long before the major development was instigated, was just off the Harbororough Road, on green fields beween Boughton and Kingsthorpe. 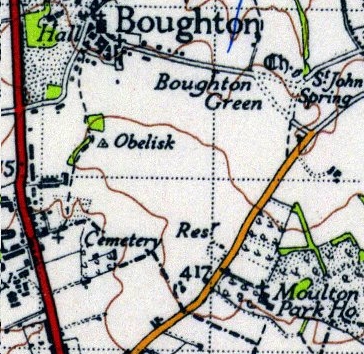 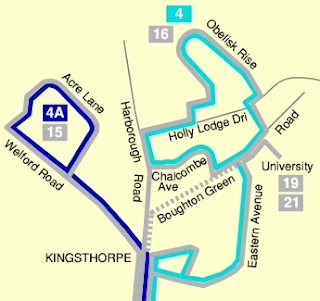 Apart from a few tendered journeys to the University once operated by Stagecoach, First Bus had, by mutual consent, exclusive reign over these two small passenger kingdoms. 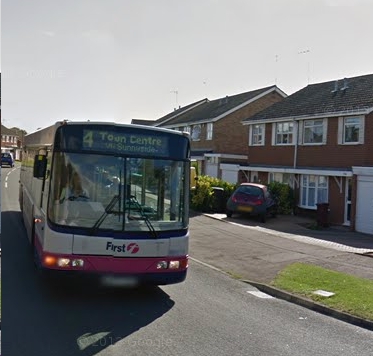 Expansion of the University and the need to link the Campus on Boughton Green Road, other premises on St Georges Avenue, the Town centre and the station led to a small network of routes, eventually operated by Uno aka Universitybus aka University of Hatfield. 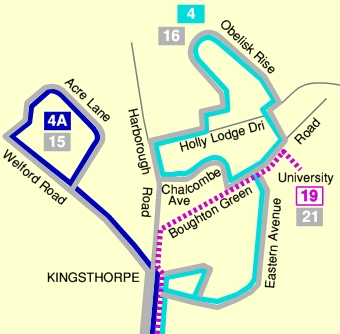 19  was/is operated up to every 10 minutes, Monday to Friday, less frequently at the weekends. Although aimed at Uni students and staff it offered its delights to ordinary passengers. Indeed, Uno began to operate a high quality service with tempting fares offers and excellent publicity, far better than either First or Stagecoach. Nevertheless, its route into town was more circuitous and thus less attractive. No doubt First felt a little pain.

Then came First's big retreat from all its remaining routes to the south and west of the Town centre. One month before the exit, replacement services were registered by Stagecoach and that, we thought, was that. As least for some time. 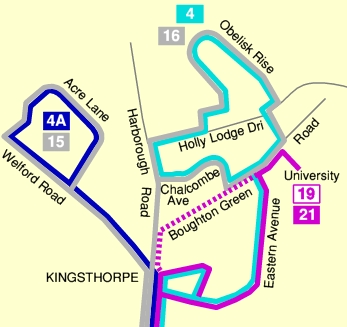 Uno started a brand new route  21  shadowing First's 4 all the way directly to town. Then came the body-blow to First. Having covered their abandoned routes (presumably to mutual but unofficial satisfaction), Stagecoach announced a brand new service to Obelisk Rise in direct competition with that of ailing First. 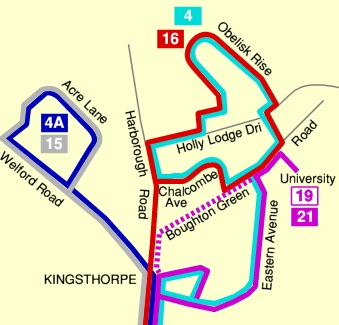 Showing  16  (and 17) this runs to the Obelisk Rise loop direct via Harborough Road, ignoring Eastern Avenue. Operating every ten minutes it will hit First where it hurts. 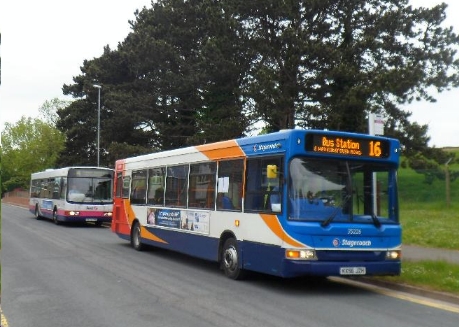 Spookily the route number 16 had been used by Northampton Corporation Transport for its historic service to Eastern Avenue, a constituent of the present route 4. 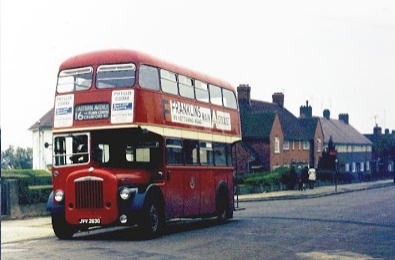 Histrory repeats itself, sort of.

But the onslaught on Barbie and its refreshed livery has not yet finished. Stagecoach has now announced another attack, this time on First's 4A to Acre Lane ... 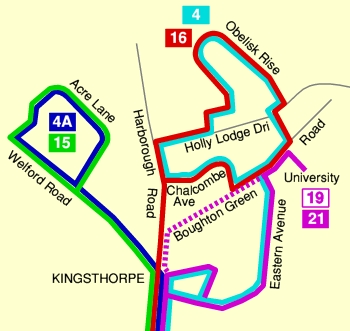 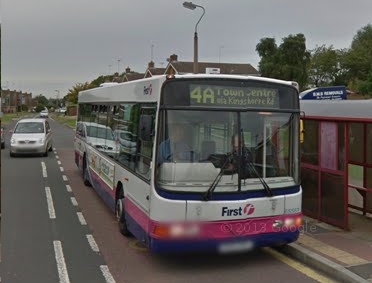 Rumours abound, but First's registrations from early August will presage the company's exit from the town, or nearly so. On this date it would appear that route 4 is to be withdrawn completely and 4A loses its Sunday service.

Thus it will be that the successors to proud Northampton Corporation Transport will have two Monday to Saturday routes left; route 2 to to Rectory Farm and Route 4A to Acre Lane. And a very empty depot!

Truly, the end is nigh! 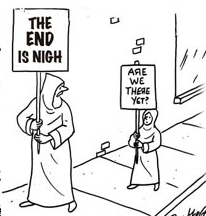 
Next Bus Blog : Wednesday 25th June
Posted by fatbusbloke at 02:00