Stardate Saturday June 1st 2013 : No 3 son invited fbb to enjoy the latest Star Trek blockbuster at the Radway cinema, Sidmouth. Return journey was by bus, service 52A at 1720, thus allowing 20 minutes to enjoy the relaxing waiting experience at the "Post Office" bus stop. 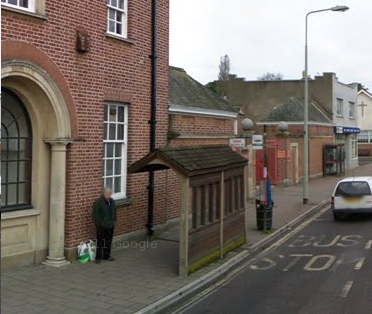 The sun was shining, but, in all honesty, that 20 minutes did lack that ill-defined spark of excitement which often enhances fbb's bus travel. So to while away the passing minutes, No 3 son decided to test the facilities. 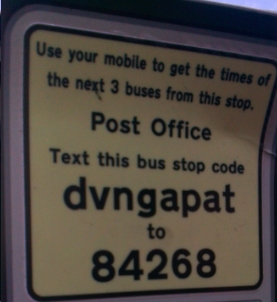 Although this system is hardly ever used by anybody, fbb has found that it does usually work. So he tried again at 1715. 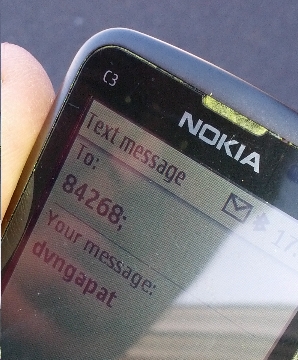 And got a reply almost instantly. 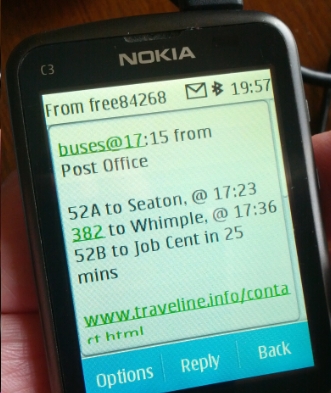 As fbb sneered in a derogatory manner at his son's lack of reply on his superior all-singing all-dancing smart phone, the reply arrived. It demands detailed analysis. 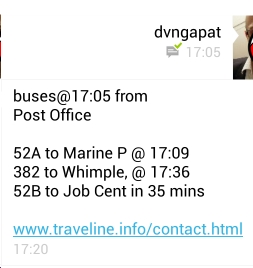 Top right is the time the message was sent (1705) and bottom left is time of receipt (1720); a delay of 15 minutes during which fbb's message was sent and replied to almost instantly. How would a "real" enquirer react during that delay? Concern and confusion, perhaps, or just the usual resignation at the failings of technology?

Both fbb's and son's answers agreed on the 382 to Whimple at 1736; the latter being timetabled time (unreal time) rather than real and actual time.

The 52B (Stagecoach) showed real time; that is "minutes until" the arrival of the bus. But as only an occasional bus user, No 3 son was unaware of the subtleties of this distinction. Such minutiae are unexplained either at the stop or in the text messages. BUT, now the problems begin ... 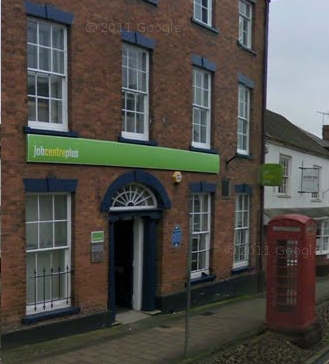 But more complications apply to the 52A, the very bus that fbb and the boy intended to catch.

fbb's reply opined that the bus would take them to Seaton at 1723 which indeed would be about right for the 1721 departure from Sidmouth Triangle. But No 3 son's reply was quite different.

Now the bus was shown as leaving at the completely wrong time of 1709! And it would terminate at "Marine P", equally as mysterious as "Job Cent" for No 3 son ... 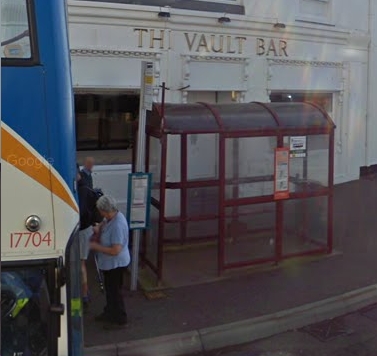 ... but identified as "Seaton" by fbb's txt reply.

So a wise and knowledgeable passenger will either (a) avoid the facility altogether or (b) treat any answers it gives with total suspicion. An unfortunate visitor, however, stands a good chance of being misled or mystified.

What a splendid system!

Oh, and by the way, on arriving back in Seaton, the travelling twosome had cause to toddle past the stop close to the new fbb mansion. Of note, displayed in the frame, were ...

... the Monday to Friday only service to Axmouth which, according to the column heading notes, does not run on Saturdays. Well, there's a turn up for the book, as they say! 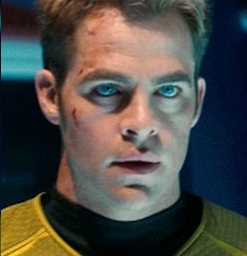 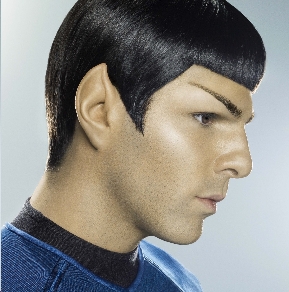 ... don't have "To Boldly Go" anywhere by bus in East Devon. It's a lot harder than taking The Enterprise "beyond the Neutral Zone!"