But first ...
Moving In ...
Following a pleasant night in the B&B, and after enjoying a delightful view of the ever changing red and blue of the Summer illuminations (!) ... 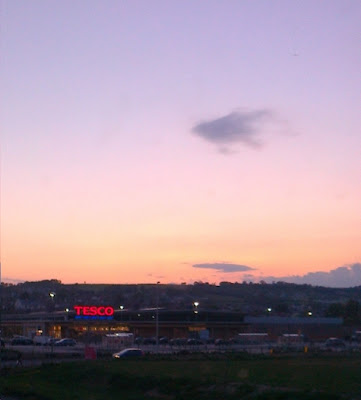 ... the fbbs have duly settled into their new abode. 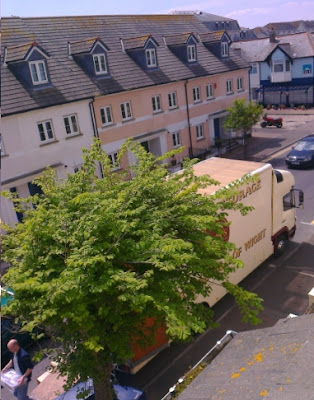 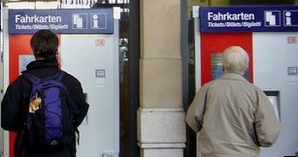 Police in Germany are urging train passengers to be wary of ticket machines that they say could explode after being tampered with by thieves. Criminals in the central state of Hesse have discovered a way of breaking into the machines and stealing cash. They tape over openings, fill them with gas, and trigger an explosion. 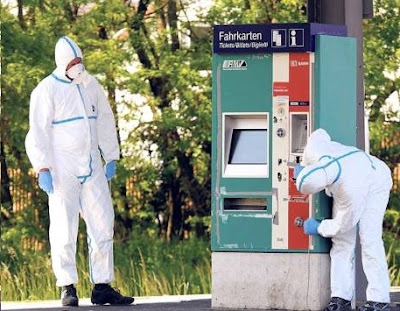 
But some of their attempts have failed, leaving gas inside the machines. The authorities warn that passengers could be at risk. A police spokesman said 10 ticket machines had been blown open and cash and blank tickets stolen. But the attempts at robbery have failed in at least six cases. 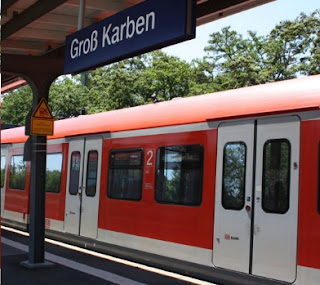 On Tuesday, a station platform in Karben, near Frankfurt, had to be evacuated and bomb experts called in when a taped-up ticket dispenser was discovered, along with a smell of gas.

The police are asking passengers to be careful and to call them if they see any suspicious signs. Train operator Deutsche Bahn has confirmed the incidents and strengthened security measures. In a statement, it said a criminal group appeared to be operating. They said the perpetrators had only succeeded in stealing small sums because the machines were emptied frequently.
------------------------------------------------------
axe attack on a First bus!
Yesterday morning a First South Yorkshire vehicle, Volvo B10BLE, fleet number 60695, registration T877 ODT, ... 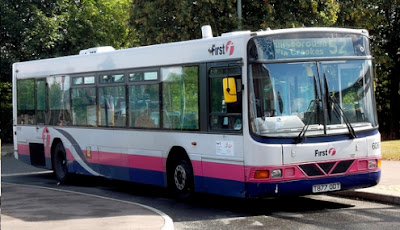 ... was severely vandalised whilst operating on service 56 - Sheffield to Wybourn. 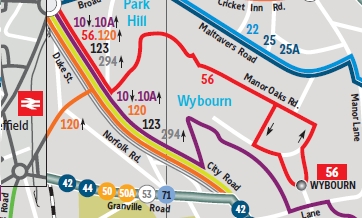 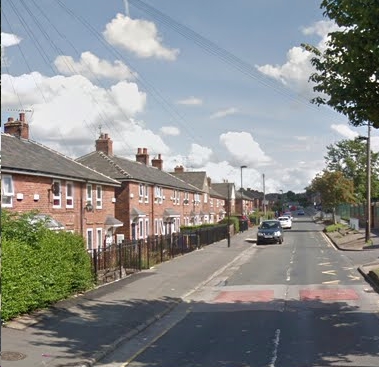 ... at 0730 when a male brandishing an axe smashed the off-side rear window and rear screen; this was after he had vandalised several cars in the same location. There was no obvious motive for these attacks.

Thankfully none of the 8 passengers on board  sustained any injuries. Police were called to the scene straight away and caught the culprit. Driver Gary Barton (also unharmed) has been helping South Yorkshire Police with his account of this terrifying incident.

Thankfully, for most of us, bus and train travel are both exceedingly safe. Despite misplaced fears, we are significantly less likely to be injured on a bus or a train than in our own home.

First Scotland East bus driver, John Lyall, who is also the company's employee director, said, "Agnes has been catching the X24 Service for as long as anyone can remember. She is definitely our oldest customer, and probably the most popular! We can't find any evidence of there being an older regular customer in the UK. She is a real inspiration." 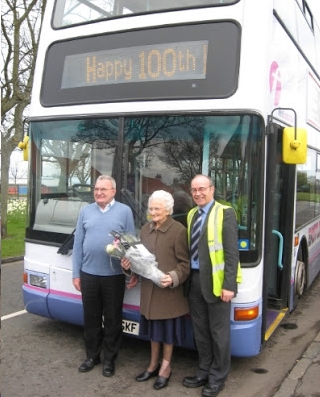 John, who presented Agnes with a bouquet of flowers, added: "She's very popular amongst our drivers, and we're always keen to give her a helping hand if needs be, but she is extremely independent. Agnes is very much an admired local character and extremely spritely for a centurion!?

fbb comment : is this a joke or does "John" really not know the difference between a centurion (male) ... 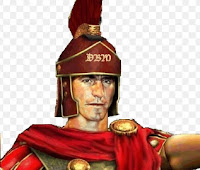 Agnes said: "I enjoy my trips in the bus. I'm very well looked after. As long as I'm still fit enough I'll keep using the bus."