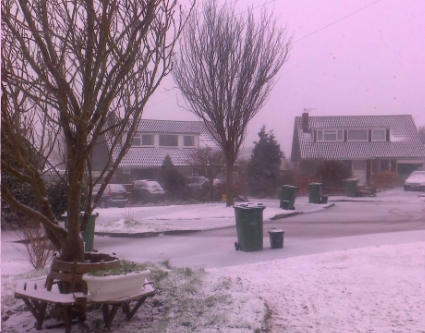 It must be global warning??

fbb is taking a close look at Suffolk County Council's stop specific timetables as lauded loquaciously in an article in the March 2013 edition of  "Buses" magazine. Author Ted Relton has chosen as an example an information panel from Secrets Corner in Carlton Colville.

So, first we go to Transport Defunct and seek out a map of the stop (or stops) chosen for the "Buses" review. 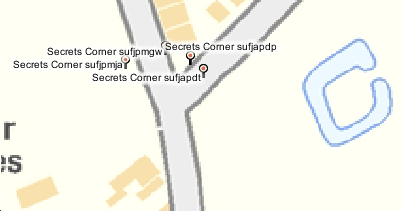 There appear to be four, of which the two on Hall Road (sufjpmgw and sufjpmja) don't have stop signs. 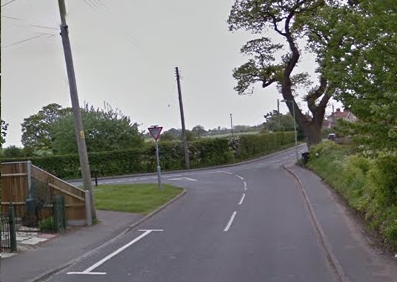 Likewise sufjapdt lacks a stop pole. So the only stop at which the poster might be displayed is this one (sufjapdp) ... 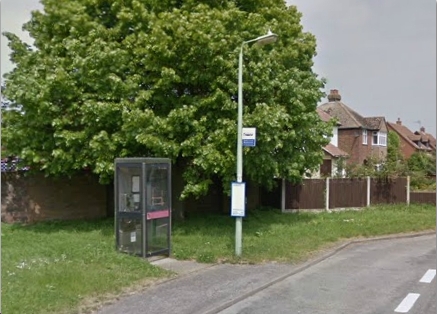 ... and here is a bus turning from Hall Road into The Street to stop at it! 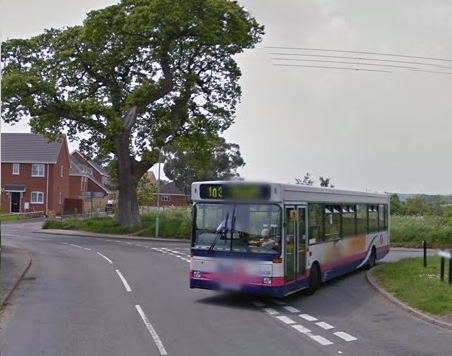 In passing, the moat shaped bit of water on the Transport Defunct Map is most possibly ... a moat!

At the Domesday survey Carlton Colville was known as Carletuna or Karletun. It had a population of 45 households and a tax value of 4½ geld and was part of the estate of Earl Hugh of Chester. A moated site (hidden in trees) south of Carlton Colville is believed to be the site of a medieval manor and is a scheduled monument. 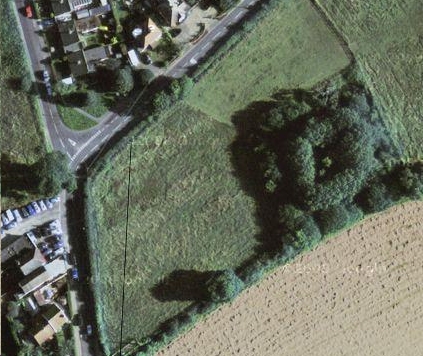 Back to Secrets Corner. The stop-specific "timetable", displayed at the one stop with a place to display it, shows these services:- 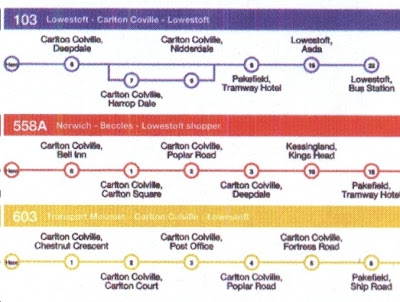 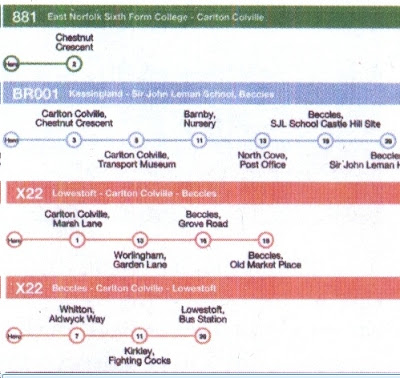 Now, here's the problem. IF this is a stop specific "timetable" and IF it is posted at the only physical stop at Secrets Corner, we have to assume that all these buses stop at that specific stop-specific stop.

But they appear to be going in different directions; indeed the X22 is going in BOTH directions from the same stop. Of course this is possible, but it is true?

And there is another consternation-causing conundrum. Typing "Secrets Corner" into the timetable finder on the Traveline web site ('cos Transport Defunct has no truck with such useful items as timetables, oh no siree!) produces this list.

No 881, no 603? Could it be that the stop-specific timetable is specifically wrong?

Perhaps not; as we shall see tomorrow. Exciting isn't it? 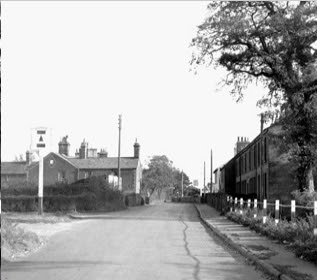 ... and a filling station occupies the patch of ground between pub and farmhouse. The line of cottages (right) remains but with many added porches. "The Street" is the traditional "main road" from Carlton Colville into Lowestoft, as used by 103, 603 and X22 from the departure list.

Next Bus Blog : Tuesday 12th March
Posted by fatbusbloke at 02:00