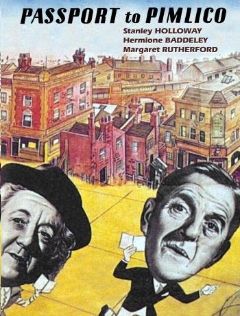 Passport to Pimlico, released1949, is a fine old British film. here is part of the "trailer":-

When an unexploded WWII bomb is accidentally detonated in Pimlico, an area of London, it reveals a treasure trove and documents proving that the region is, in fact part of Burgundy, France and thus foreign territory. The British Government attempt to regain control by setting up border controls and cutting off services to the area. The 'Burgundians' fight back. 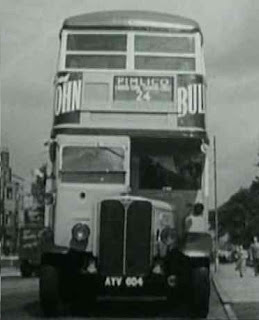 Amongst general shots of traffic, including trams and coaches, there are various pictures of London Transport route 24. 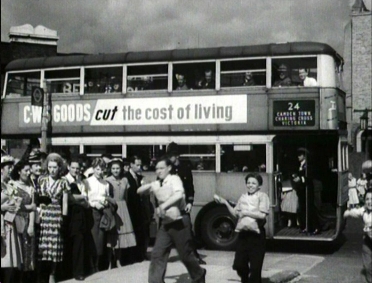 It is one of fbb's all-time favourite films. 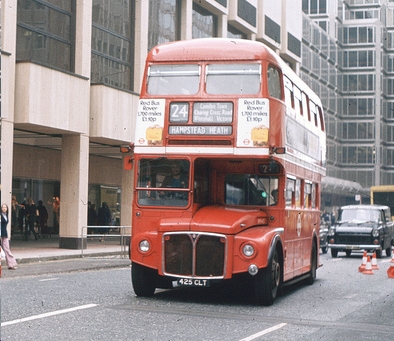 There is no such watering hole in 2013 but there is one such in Cheltenham?

fbb doesn't think Allmey trades any more, but some of their vehicles are depicted on-line. This one ... 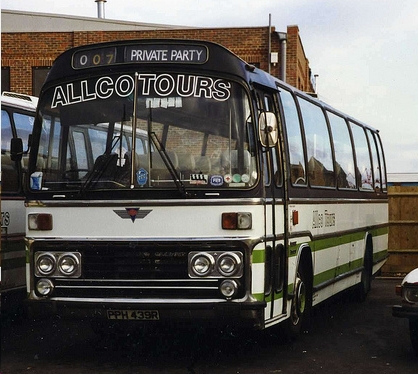 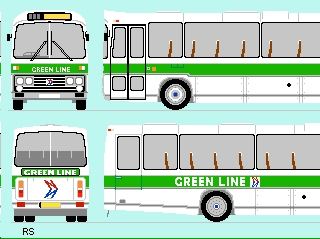 ... as in Ian Smith's excellent drawing, see link to web site, above. fbb can find no record of the Routrmaster at Eastcote but very soon it was sold on and went to France.

Here the trail goes cold. St Égrève is a suburb of Grenoble and there is a Cyril Fiacre (NOT Fiarce) on Rue Victor Hugo in Grenoble itself. He is a dentist! Was RM 1425 bought as a mobile dental surgery? Any information would be gratefully received. 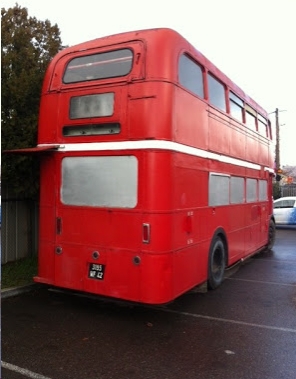 Our ever vigilant net-surfin', lorry drivin', lip smackin', thirst quenchin', bus watchin', blog readin' David has, in part, solved the problem. It's all about the Oyster!

The "rebels" boarded an Underground train as customs offficers ... 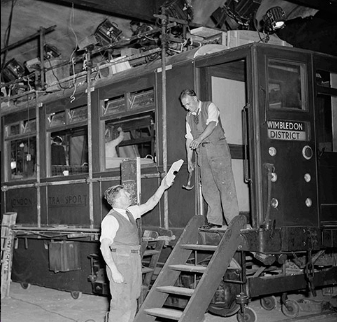 The chosen site for filming, showing the bus (again) and a distinctive pub then called "The Union Flag", ... 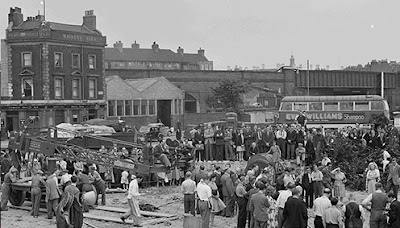 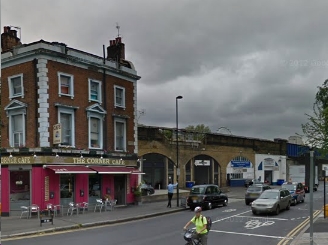 ... at the junction of Hercules Road and Lambeth Road; which, as the film's title suggests, are not in Pimlico! That cafe has, we understand, changed its name once or twice. 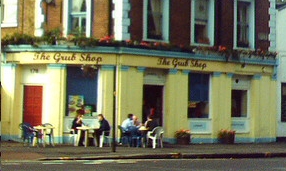 Tomorrow, therefore, we begin to take a closer look at London's route 24. And the 24 then ran (and still does) to Pimlico; but not via Lambeth Road!

Next Bus Blog : Monday 4th March
Posted by fatbusbloke at 02:00