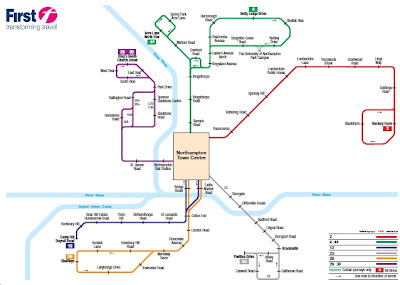 Episode 1
Straightforward - or is it? 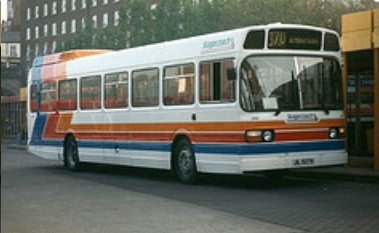 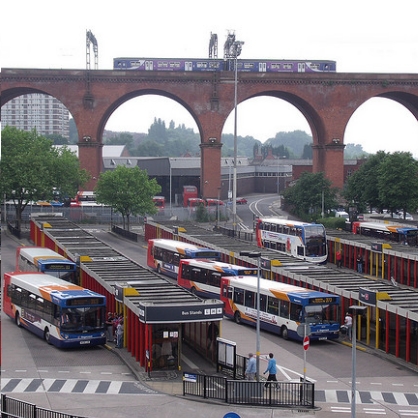 ... nestling notably in the shadow of the vast visually evocative viaduct. [poetic eh?].

Stockport bus station serves as a bus terminus for approximately 65 bus services in the Greater Manchester area. It was opened in 1981 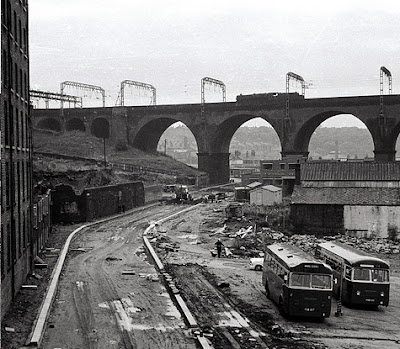 and was formerly a car park and light industrial area. It is adjacent to the headquarters of Stagecoach Manchester.

The 370 continues westwards to call at the Parrs Wood bus station and entertainment complex, sadly not quite close enough to provide a good  interchange with East Didsbury railway station. 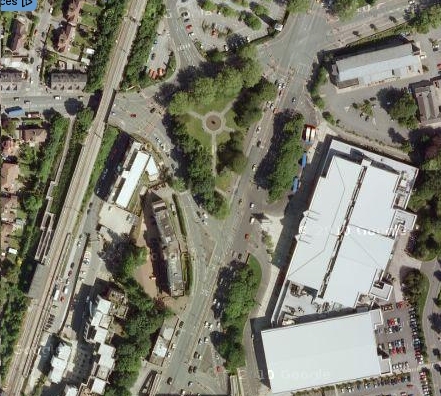 The road and route then turn north to serve the real and traditional centre of Didsbury itself. 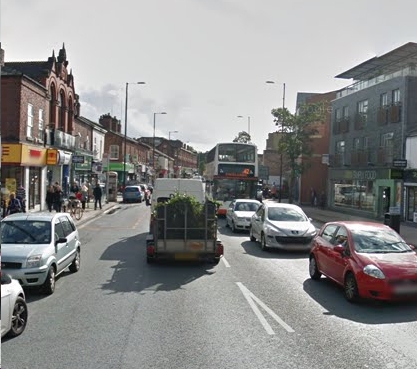 Then back westwards along the remarkably straight Barlow Moor Road ... 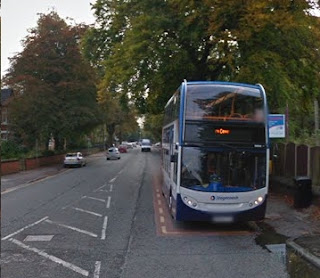 ... before turning south again to join the more direct road via Timperley to Altrincham; where there is interchange with Metrolink and the hourly rail service from Manchester to the wilds of rural Cheshire. 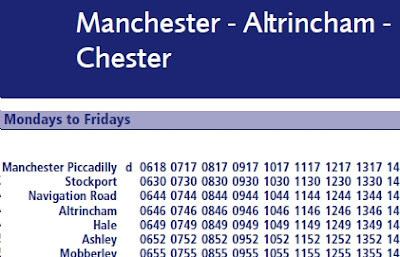 Whilst the train zips along between Stockport and Altrincham in 16 minutes ... 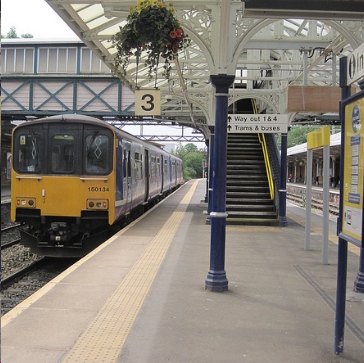 All very interesting (?) we hear you cry. But why does this rather ordinary Manchester service attract the interest of the fat bus bloke? 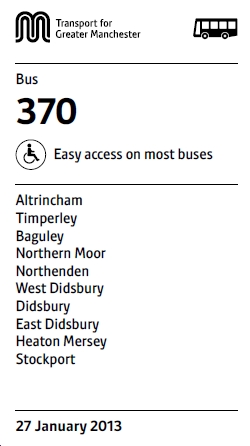 What has happened to the 370 challenges the wisdom of how bus services are managed in the 21st century, in particular the way less commercial routes are financed, as a closer look at the timetable will reveal.