Taking a Pill for Portishead [5]

Bristol to Portishead services are now better than ever with the introduction of new services X2, X3 and 23 from 24 March 2013. The X2 and X3 will both now run half hourly during the daytime. This means there will now be 4 buses per hour between Portishead and Bristol. A new co-ordinated timetable also means there will be a bus every 15 minutes on the common sections of route.

Service 23 will operate on evenings and all day on Sundays. This new route will provide services to parts of Portishead that have previously not had a bus service at these times.

We'll also now be operating these services with modern buses from our fleet, and they'll be getting a makeover to give them a smart new look both inside and out. Inside the buses there will be free WiFi available plus a new refitted luxury interior with leather seats. 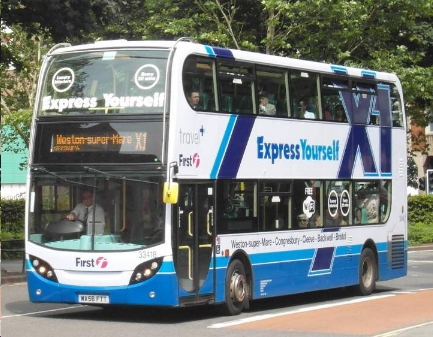 On the outside, the sleek express livery used on our X1 service from Bristol-Weston-super-Mare will be adapted and gradually introduced on to the X2/X3 buses.

The X2 maintains the half-hourly frequency via Pill ... 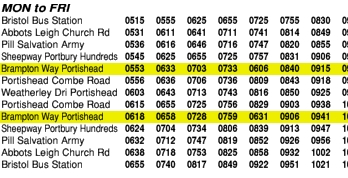 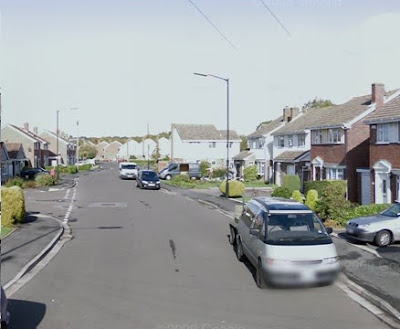 ...merely stopping at the end of the road. 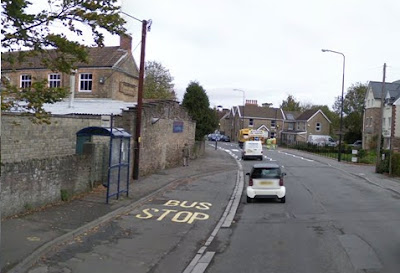 This leaves Brampton Way bereft of buses and therefore offers the residents a lengthy walk to the main road. Oddly, First Bus has not publicised this "benefit" of the changes!!

The X2 also serves Sheepway giving this little community four buses an hour instead of one! 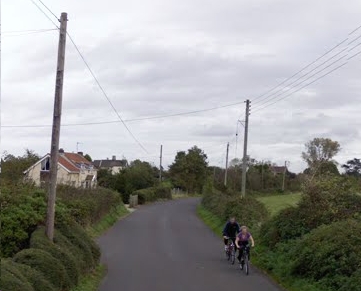 The new X3 is similar to the former 357 in that it trundles round the Portishead docks estates. 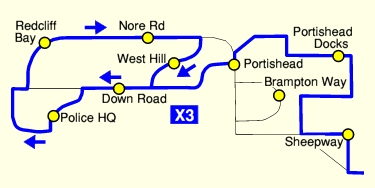 Note also that both routes serve the Redcliff Bay loop in the same direction. This may give a very attractive "walk-up" type service for Portishead town centre and Bristol bound shoppers and commuters BUT; a passenger from Nore Road or West Hill to the Police HQ is faced with a change of bus. The previous 358 and 359 traversed a slightly different loop in opposite directions.

The evening and Sunday service is provided by an hourly route 23. Why 23? Well, it's an (X)2 outwards via Pill to Portishead and a sort-of (X)3 back via Portishead Docks but unlike the daytime X3 it does run via Pill. 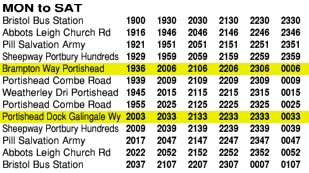 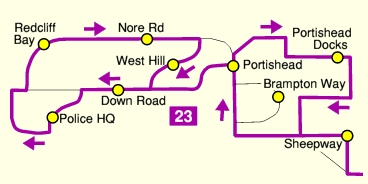 So, some good news and some bad. Pity First Bus couldn't get their own map right, though. 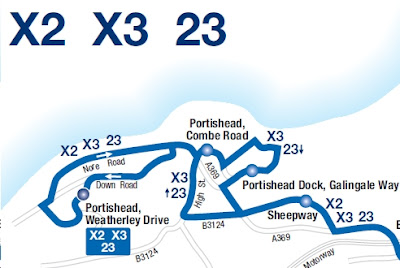 The X3 beside High Street should be an X2 and there's something very wrong with Combe Road and the loop. Whoops! Either fbb had misunderstood the route (derived from the ever reliable Traveline bus stops list?) or First's cartographic contractors couldn't understand it.

Nevertheless, whatever First's motives for the improvement, it is, absolutely, a better service for most Portisheaders and deserves to succeed for that reason alone. More improvements coming from First? As they say, apparently, "Bring it on!" 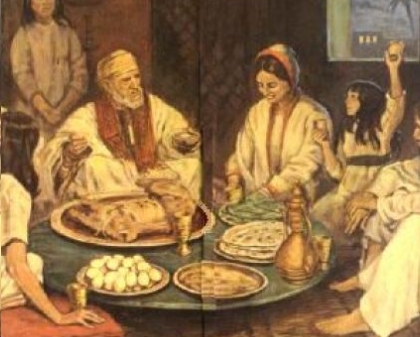 Following the ancient tradition, Jesus and his gang met for their Passover meal after the sun had set on the Thursday of Holy Week. It was now Friday (Jewish days started at sunset, not midnight), and the appointed day to remember their historic release from captivity a millenium earlier; and their subsequent journey to the Promised Land, the land which became their nation. They remembered the spotless lamb sacrificed and eaten; they remembered its blood smeared on their doorposts and they remembered how "The Angel of Death" had spared their ancestors.

Then Jesus made it different.

While they were eating, Jesus took a piece of bread, gave a prayer of thanks, broke it, and gave it to his disciples. “Take it,” he said, “this is my body.” Then he took a cup, gave thanks to God, and handed it to them; and they all drank from it. Jesus said, “This is my blood which is poured out for many, my blood which seals God's covenant. I tell you, I will never again drink this wine until the day I drink the new wine in the Kingdom of God.” 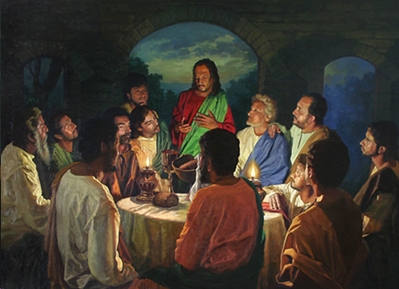 Forget the great artworks of old with a line of colourfully clothed bods, embarrassingly occupying just one side of a long table only! This was a group of close friends having a farewell meal. The symbols of the First Passover became the symbols of Christ's imminent death. The shed blood (echoed by the wine) and the broken body (the shared bread)  would, in a new way, release a new generation from sin's slavery and lead them to a new and eternal Promised Land.