Taking a Pill for Portishead [3] 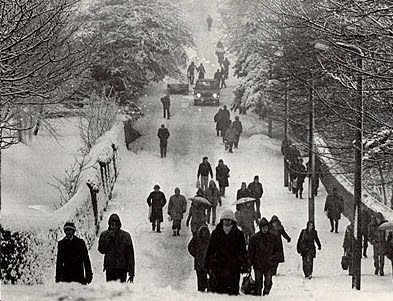 Opinions on the "new" First Bus are vehemently divided. Some on-line comments suggest that the company is a "basket case" and Fearnley is wasting his time and, to quote, "should be looking for another job" (!). Other comments reveal a dramatic improvement in staff morale, a desire to upgrade and improve and a number of attractive fare-reduction initiatives.

News of significant developments in services (via Pill!) to Portishead from Sunday 24th March come in the wake of announcements presaging improvements to night buses in Bristol City. It's looking very positive! 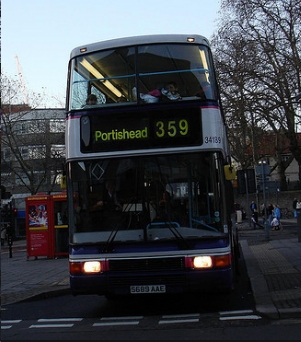 Up to 23rd March there were three buses an hour between Bristol and Portishead, with routes broadly unchanged since at least the 1970s. 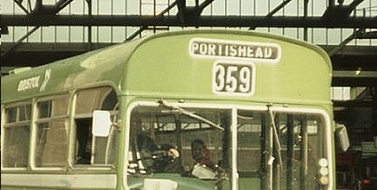 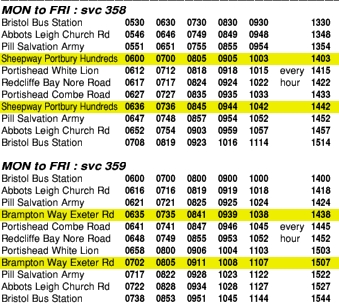 358 nd 359 provides a 30 minute frequency via Pill, then via the little village of Sheepway (359) OR via the Brampton Way estate (358), then Portishead centre and off to Redcliffe Bay.

... running hourly Monday to Saturday daytimes.and avoiding Pill but doing a tour of the Portishead Dock area which includes some significant chunks of housing. The 357 also served an extra loop via the Police HQ and then returned from Redcliff Bay via West Hill Road. Evenings and Sundays only the 359 ran but with a double run via Police HQ. 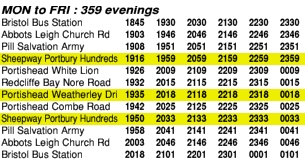 But, from last Sunday 3 buses an hour becomes four. fbb did wonder why the Portshead route was chosen for an increase in frequency. Certainly First Bus managers are now encouraged to grow the business and seek opportunities for increasing ridership. So are we to believe that, suddenly, there is more business to be had on the Portishead run or ...

... is there another reason? 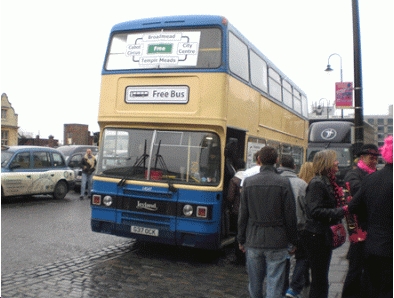 Blog readers may remember that, back in 2011, a group was aiming to fund free bus services in Bristol by seeking donations from the general public.

Their first effort, a circular route F1 from Temple Meads Station to the City, was short lived. BUT ...

The F2 service will be an express service connecting Bristol, Pill and Portishead. Buses will initially run on Saturdays every 30 minutes from 8am-7pm. Our initial test runs indicate that the journey time will be 35 to 40 minutes. Once this Saturday service is established we will use it as a vehicle to promote FreeBus and raise further funds in order to run a service 7 days a week. We will run a 2 day pilot service in May, with a view to a full launch in September.

We have estimated the cost of running the initial service, and if 400 people donate just £30 a month this will cover the entire cost. £30 is the equivalent of just 4 return journeys on the existing Bristol-Portishead service. [factually only a half-truth; see below! - fbb] FreeBus is all about people power so help us make this happen and get on board!

Do you, dear blog reader, fancy coughing up £30 for the privilege of travelling "free" from Brizzle to Pill and/or Portishead on two Saturdays in May? That's £15.00 (return) a day! OK, the promise is for a full service "later"; but will 400 Portisheadcases or Pill-Poppers be prepared to head out or pop off on such a risky endeavour? And do they really want to watch their monthly donation being swallowed up by any free-rider who may choose to reap the benefit without a share of the costs? Remember the F1? 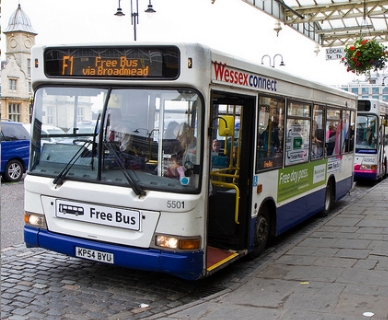 Irrespective of First's (hidden?) motives for improving the service to Pill and Portishead, we will explore the new pattern of routes and timetable on Thursday. In the meantime there is a Pill-related anniversary to "celebrate" tomorrow. 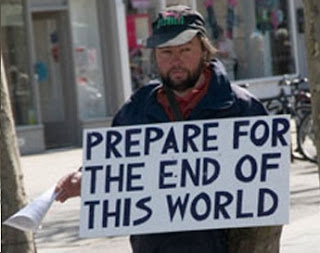 In today's increasingly secular society we tend to treat subjects like "Judgement Day" and "The End of the World" as a joke; especially when one obscure sect or another predicts a specific date. In the run up to Easter, Jesus wept over the future of Jerusalem (the City was destroyed barely 30 years later), and used that prophetic event as a "visual aid" for the ultimate end of, well, everything.

Jesus answered, “You see these great buildings? Not a single stone here will be left in its place; every one of them will be thrown down.” Men will hand over their own brothers to be put to death, and fathers will do the same to their children. Children will turn against their parents and have them put to death. Everyone will hate you because of me. But whoever holds out to the end will be saved.

“In the days after that time of trouble the sun will grow dark, the moon will no longer shine, the stars will fall from heaven, and the powers in space will be driven from their courses. Then the Son of Man will appear, coming in the clouds with great power and glory. He will send the angels out to the four corners of the earth to gather God's chosen people from one end of the world to the other." 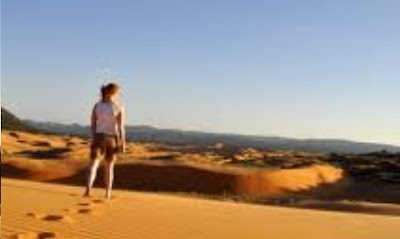 In a short story, "The Last Trump", SciFi writer Isaac Azimov sees "hell" as an eternal flat uninterrupted desert of grey dust through which the un-saved are condemned to wander for ever with no relief and no escape. Oooer!

There are only two certainties in Life: One, that ours will end; we will die; and Two, that our planet will also die. Jesus came as "Messiah" (Saviour) to offer us the answer to both. His Messiahship makes sense only through the events of Easter.