Rings a Bell or Drops a Clanger

Firstly, an open letter to the Senior Traffic Commissioner 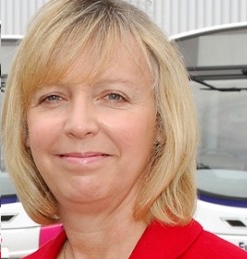 
You have just punished Arriva in Derby for not "telling the public" where their 44 and 45 bus routes go. You might be interested in this. 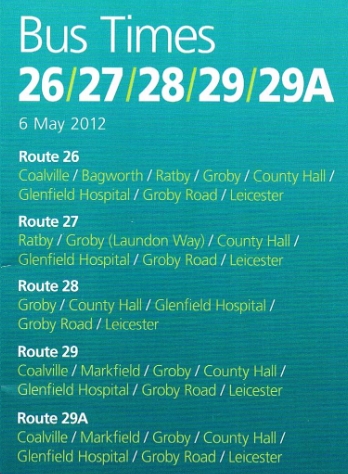 This is the cover of a leaflet for the group of services that run between Leicester and Groby, with some continuing via various routes to Coalville. It was collected yesterday (7th March) from St Margarets bus station in Leicester. The leaflet is dated 6th May 2012. 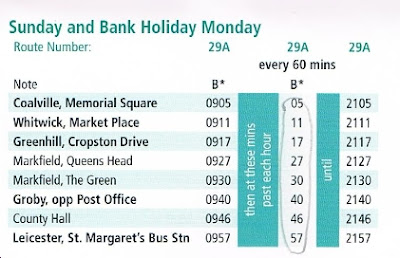 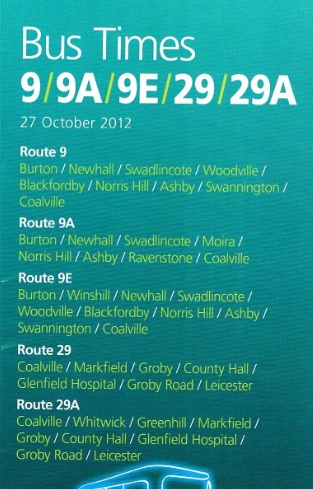 This is the leaflet for buses from Burton-on-Trent to Leicester via Coalville. Confusingly the bus changes its number in Coalville for some technical reason which doesn't help the passenger. But both leaflets show Sunday service 29A. This leaflet was also collected from St Margarets bus station yesterday 7th March and is dated 6th May 2012. 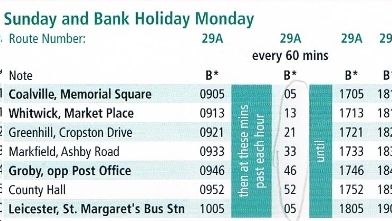 If a passenger relied on the first leaflet, namely the one that he/she would be given for all buses from Groby, said personage would have to wait an extra 6 minutes for their bus and could, conceivably, miss their connection in Leicester.

My question is this:-

When are the residents of Groby going to be awarded free travel, as in Derby?

Our very clever and street-map-wise readers may remember the complicated and potentially confusing arrangement for buses serving "The Brantings", a little block of roads, technically in Glenfield, but more appropriately on the fringes of Groby. 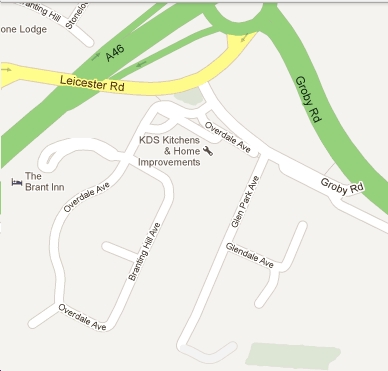 All buses TO Groby travel via the white cut-off bit of Groby Road, stopping at Overdale Avenue and continuing forward on the yellow Leicester Road, over the A46 super-road and on to Groby. In the opposite direction, however, the 26, 27 and 28 travel via a stop at Overdale Avenue; then, because of the sheer impossibility of crossing the A50 ... 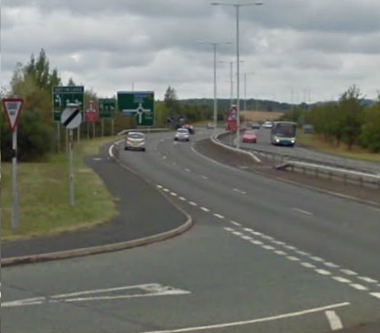 ... they turn left, go up to the hyper roundabout at the junction with the A46, effectively perform a "U" turn and proceed inwards towards Leicester. 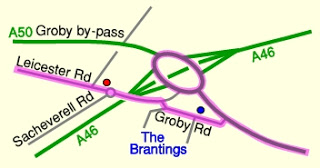 There's one that's just done it in the picture above. To confuse us all, the 29 and 29A journeys ignore the Brantings (aka Overdale Avenue) and go direct to the roundabout without passing "Go" and without collecting £200. 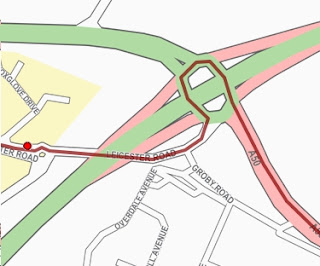 Except, of course, on Sundays when the 29A DOES run via the Brantings; largely because the 26, 27 and 28 simply do not operate on The Sabbath! All as clear as waste sump oil!

But all this is about to change! 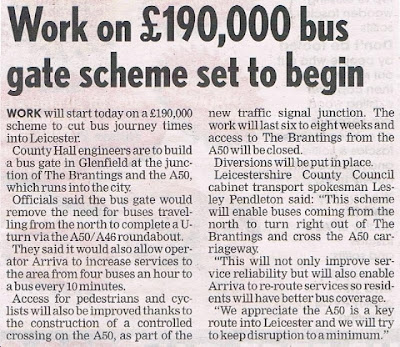 Work has just started to provide a traffic light controlled exit so that all the buses can pick up the crowds of waiting passengers at Overdale Avenue (?) and then be let out direct onto the A50. The scheme involves extending a 50 mph speed limit, moving a cycle and pedestrian crossing and installing a small forest (10 poles-worth) of traffic lights. 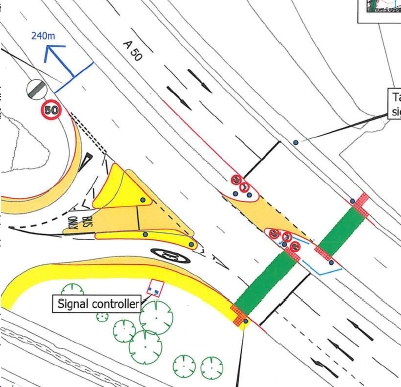 According the Leicestershire Council it will speed up buses on their often-clogged route into Leicester. Local resident and chum David (not the lorry driver but retired Uni lecturer) is not convinced.

While the work is going on, the little cut-off bit of Groby Road is closed off at the site of the new junction. The cowds (?) of passengers from the Brantings have to walk to the Leicester Road (that's the yellow one on the top map above) where a couple of temporary stops have been installed. 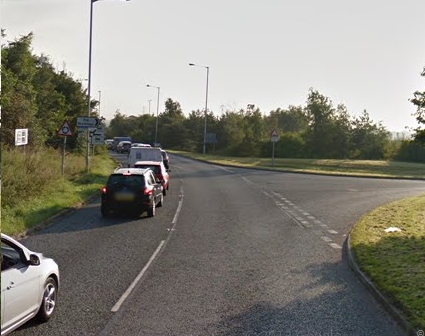 David's too-late suggestion would have been to make the temporary stops permanent. 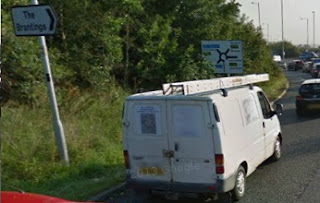 For most people at The Brantings (and loadings are very light) the walk is not much longer than to the eisting stop. And it would save (would have saved) £190,000.

And a further challenge for Mrs Bell, scourge of lackadaisically bureaucratic bus companies, would be to work out, using Arriva's leaflet(s) which buses stop at the Brantings.

Answer, you can't. Neither the maps nor the timetable give any clue as to what does what. Yet Arriva in Derby were punished for not telling the public that they have moved the City terminus to a different bus stop! No doubt the paperwork for the X29 was "alles in ordnung" so, in this case, the public doesn't matter a fig.


Next Bus Blog : Saturday 9th March
Posted by fatbusbloke at 02:00