PEOPLE POWER IN PORTSMOUTH
When First Bus introduced its new network in Portsmouth in November 2012, a number of features caused local angst. Simply these were:-
Baffling route 0
Lack of links from Southsea to the Hospital
Need to change buses at Cosham in the evenings

So today : timetable changes
Route 0 replaced by routes 17 and 18
In essence this is route 0 renumbered to remove confusion.
0 was used for "both ways round" an interlocking loop!
Extra buses from Southsea to the Hospital
By extending the former route 0 from Hilsea
No requirement to change at Cosham in the evenings
Although this has reduced evening frequencies on several services.

There are two conclusion that may occur to our readers. One : First did get it wrong in November! Two : BUT the company has admitted its errors and done something to put them right. Whether it's enough to placate Pompey passengers remains to be seen.

And in another positive Portsmouth plan ... 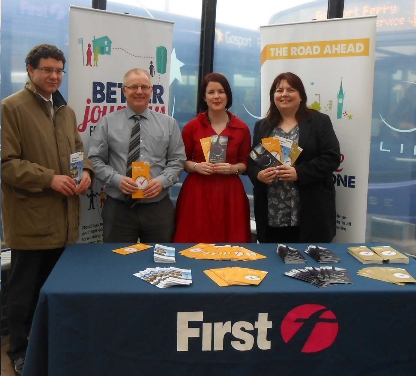 ... First Bus have launched a "Passenger Charter" for the area. It really does look as if the much maligned "Worst Bus" of old is making some very positive moves to support its own publicity slogans!

... Before the Channel Tunnel.

Travelling by train and ferry to France was, since the early years of the 20th Century, reasonably simple. Of course, if you were well heeled, you could travel the luxury way ... 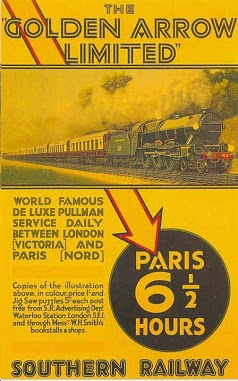 ... by Pullman train, the Golden Arrow, from London Victoria to Dover; then first class on the ferry, tranferring to La Flêon;che d'Or (French for Golden Arrow) at Calais. 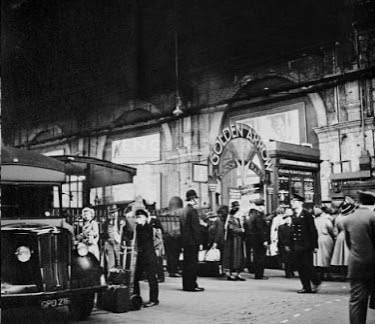 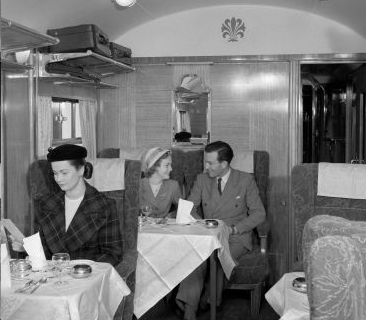 Even passengers arriving by road or foot were greeted with an opulent entrance ... 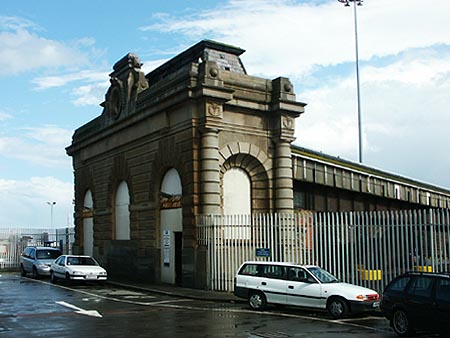 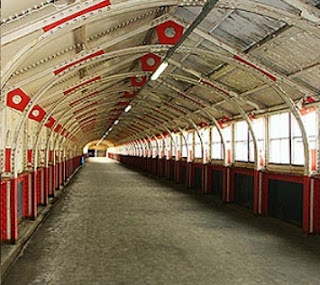 ... to Dover Marine station. Here, as with Calais, it was just a walk across the quayside to join the ferry. Oh so very easy. The popularity of the original "Arrow" declined and the train last ran in 1974. But it was another 20 years before the route via Dover Marine (later Dover Western Docks) came to and end.

By the time fbb took his family to Paris in 1991, the final death throes has already begun. The train was a very ordinary Southern Region electric multiple unit arriving at a somewhat run-down station. 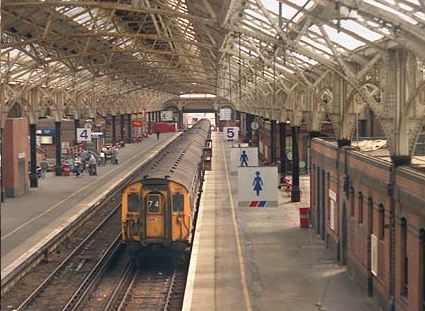 There were few passengers and no ferries parked moored alongside the terminal. A rather "tired" Leyland National conveyed the family by road to the Eastern Docks where there was a significant and draughty trek via towering ramps (picture below, ramps bottom right) to board what had become almost exclusively a car and vehicle ferry. 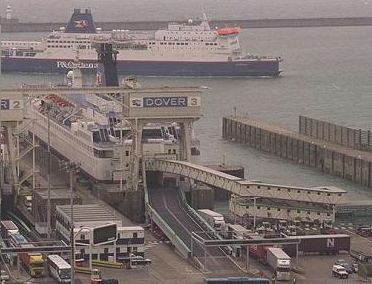 At Calais it was again a bus to carry the party to Calais Ville Station for their onward ride to the French capital. But at least it was still all on one through ticket. Unusually on their return run the train ran into Calais Maritime.

Obviously most cross-channel private travel is either by car ferry or "Le Shuttle" whilst un-motorised persons take Eurostar. But can it still be done? Can a foot passenger still replicate the classic crossing route?

Answer: sort of. A guy on the interwebnet has pubished some sample schedules and here is one from London to Paris. The article is undated but it would appear to be reasonably accurate for 2013. 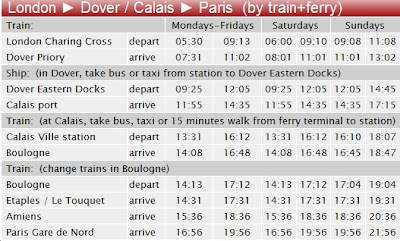 Whereas the Golden Arrow advertised a 6.5 hour run, City to City, the journey today by this now very unconventional route would take up to 10 hours. The curious classic foot passenger would now leave from Charing Cross and change to a connecting bus at Dover Priory which runs every 20 minutes from 0730 to 2050 seven days a week. The journey takes less than 10 minutes. 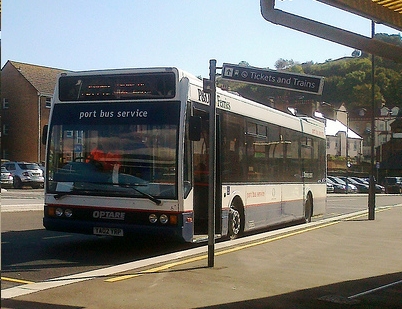 ... and a change of train at Boulogne for most scheduled trips; although there are TGV fast trains from Calais, no attempt is made to provide tidy connections.

And long gone is the single through ticket which once could be bought from the Continental Ticket Office at Victoria. 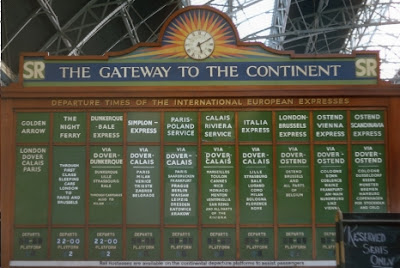 It makes a 9 hour journey by idBus seem quite a treat! See "iDBUS numéro 1" (read again) and "iDBUS numéro 2" (read again). Of course, Eurostar is a totally superior journey, but its clinical airline style simply lacks the quality and adventure of the cross-channel journey of old.